Russia’s four-year ban from global sports was halved on Thursday by a court in Switzerland, a decision that could signal the end of its yearslong battle with antidoping regulators who had accused the country of running one of the most sophisticated doping schemes in history in pursuit of sporting glory and Olympic medals.

The decision, issued by the Court of Arbitration for Sport in Switzerland, the final arbiter on global sports disputes, means Russia will not be able to enter teams in the next two Olympics — the rescheduled Tokyo Games next summer and the 2022 Winter Games in Beijing — or have its anthem or its flag represented at other high-profile competitions. But it left open the possibility that many Russian athletes will still compete at those events, as so-called neutral competitors.

Officials at the World Anti-Doping Agency, the global doping regulator that was responsible for issuing Russia’s ban last year, saw the ruling as a victory, even as others in the antidoping world were baffled. For WADA officials, it meant relief and a degree of satisfaction amid fears that new rules created after the Russian scandal, and designed to punish nations involved in state-sponsored doping conspiracies, would not withstand the legal onslaught Russia had employed to fight them.

“In the face of continual resistance and denial from Russia, we clearly proved our case, in accordance with due process,” WADA’s president, Witold Banka, said. “In that regard, this ruling is an important moment for clean sport and athletes all over the world.”

Others in the antidoping fight ridiculed the court’s decision, especially since the panel had substantiated claims that Russia had executed the doping scheme and then been caught trying to cover it up. Travis Tygart, the chief executive of the United States Anti-Doping Agency, labeled it a “weak, watered-down outcome” and “a catastrophic blow to clean athletes, the integrity of sport, and the rule of law.” The lawyer for the whistle-blower who first revealed the doping scheme in 2016 said the decision to reduce Russia’s ban, yet allow its athletes to continue to participate in global competitions, was “nonsensical and undeserved.”

It was unclear why the three-judge panel reduced Russia’s punishment even as it largely agreed with WADA’s arguments. The arbitrators stressed in their ruling that Russia should not claim the decision as any kind of vindication.

“This panel has imposed consequences to reflect the nature and seriousness of the noncompliance and to ensure that the integrity of sport against the scourge of doping is maintained,” the panel’s members wrote.

“The consequences which the panel has decided to impose are not as extensive as those sought by WADA. This should not, however, be read as any validation of the conduct of RUSADA or the Russian authorities.”

The ban will run for two years from the Court of Arbitration’s confirmation of the punishment, meaning Russian teams — though not necessarily Russian athletes — will be barred from not only the next two Olympics but also soccer’s World Cup in Qatar in 2022 and a number of other major events.

Russia, a serial bidder for major sporting events, also will be prohibited from hosting world championship-level events for the duration of its ban. The punishment had put in doubt plans for hockey’s 2023 world championships, which are scheduled to take place in St. Petersburg. But that event now falls outside the scope of the ban, and Russia’s hockey federation confirmed Thursday that it would go ahead as planned.

The hockey federation also said it planned to send teams to the next two Olympics, and in its statement highlighted the significant loopholes available to Russian athletes provided WADA does not prove any link to the doping scheme. “The players’ jerseys can be designed in the colors of the flag and the word ‘Russia’ can be on the jerseys,” it said. “At the same time, the players will compete in a neutral status (without the national flag and the national anthem).”

The doping scheme, which had begun years before the Sochi Games, only came to light after one of its chief architects, Grigory Rodchenkov, the former head of a Moscow doping laboratory, revealed what had taken place. At its peak, it involved agents from Russian’s state security apparatus replacing the tainted doping test samples of Russian athletes with clean ones during middle-of-the-night operations at the 2014 Winter Olympics.

Rodchenkov, now living in an undisclosed location in the United States, revealed how hundreds of tainted antidoping results were manipulated before being entered into official records, protecting athletes from identification and allowing them to benefit from chemically enhanced advantages before heading away to major championship events.

Antidoping investigators proposed a ban of four years after finding that Russian officials had fabricated evidence and manipulated the contents of a drug-testing database in an effort to discredit Rodchenkov. WADA’s board, in a meeting last December, agreed with the recommendation.

A closer look at the panel’s decision on Thursday, though, shows aspects of WADA’s initial punishment had been watered down, including a ban on members Russia’s national Olympic committee from attending sporting events. The ruling upheld a ban on senior politicians, including President Vladimir V. Putin, but said they would be allowed to attend events if they are invited by the head of state of the host country. CAS also said “Russia” could be used on athletes’ uniforms, as long as it was accompanied by the word “neutral.”

The ruling also creates a strange situation in which Russian teams, like its soccer squad, can enter qualifying competitions under their national flag and in their usual uniforms, only to then be termed neutral competitors if they qualify.

On Thursday, the lawyer for Rodchenkov, Jim Walden, excoriated the decision.

“The decision by CAS to effectively ‘split the baby’ is nonsensical and undeserved,” he said. “Despite overwhelming proof of corruption, doping fraud and obstruction of justice, including a brazen attempt to falsely incriminate Dr. Rodchenkov through fabricated evidence, CAS has once again proven itself unwilling and unable to meaningfully deal with systematic and longstanding criminality by Russia.”

Jonathan Taylor, who led the committee overseeing the Russia investigation that recommended the longer ban, said in an interview that he had mixed feelings about the outcome of the appeal. While the panel accepted WADA’s “overwhelming evidence of tampering” and confirmed that its new sanctioning powers were fit enough to stand scrutiny, he said, he questioned the logic in reducing the penalty.

“The only difference between us is that CAS thought the consequences did not have to go as far as WADA had proposed to deter a repeat of this misconduct by the Russian authorities,” Taylor said. “I hope they are right about that.”

Until WADA’s global sanction was issued, punishments against Russian sports and officials had been sporadic, and largely left to the governing bodies of individual sports. World Athletics, track and field’s governing body, has long taken the hardest line, with a ban that has kept Russia in the sporting wilderness for nearly five years.

The International Olympic Committee, by contrast, has been reluctant to act more broadly, with its president Thomas Bach, repeatedly saying he opposed to collective punishment on Russian athletes. That led to the strange sight of Russia’s fielding one of its largest teams at the 2018 Winter Olympics, where the I.O.C.’s punishment was largely limited to Russian symbols, including its uniform, team name and anthem.

After those Games, WADA, amid widespread anger from critics that included athlete organizations and national antidoping bodies, updated its rule book, giving it direct sanctioning power for the first time. By then, Russia was no longer disputing the existence of the doping program, and under an agreement signed in 2018, WADA said the country would be able to move on from the scandal provided it supplied unadulterated data from the Moscow laboratory. That data, doping regulators said, would offer the chance to identify hundreds of drug cheats, and perhaps lift the cloud over those who did not take part.

But Russia’s attempted cover-up was almost as audacious as its doping scheme. First, it delayed the arrival of experts who had been sent to Moscow to retrieve the lab’s data. Then it engaged in efforts to undermine their work while they were there, including the insertion of manipulated data and messages in the database in an attempt to frame Rodchenkov, the whistle-blower, as the ringleader in the scheme.

Investigators quickly discovered the fabrications and the altered test results. And last December, at a packed meeting in Lausanne, Switzerland, WADA issued one of the most severe punishments in global sports history. Then it braced for Russia’s legal challenge.

Russia’s determination to overturn the ban was clear by the size of the legal arsenal it wielded at the appeal hearing last month in Switzerland. It amassed a group of some of the world’s top sports lawyers and was assisted by interventions from a number of sporting bodies, like the world ice hockey federation, with which it maintains close relationships. Its representatives argued that WADA had gone beyond reasonable limits with its punishments, and even beyond what it legally could do within the scope of its statutes.

WADA’s legal team countered by describing its efforts as something akin to a bureaucratic housekeeping, an attempt to bring in-house — and standardize — the sanctioning powers that had been left to individual sports federations.

But they also pointed out the dire consequences of failing to punish Russia. The country had not only undertaken a doping program that used state resources, including the successor agency to the K.G.B., to accomplish its goals, the lawyers said, but it then used the same forces to cover up its actions.

If WADA was not allowed to police those who break its rules, the lawyers argued, then the organization would be rendered powerless to stop industrial-scale doping in world sports. 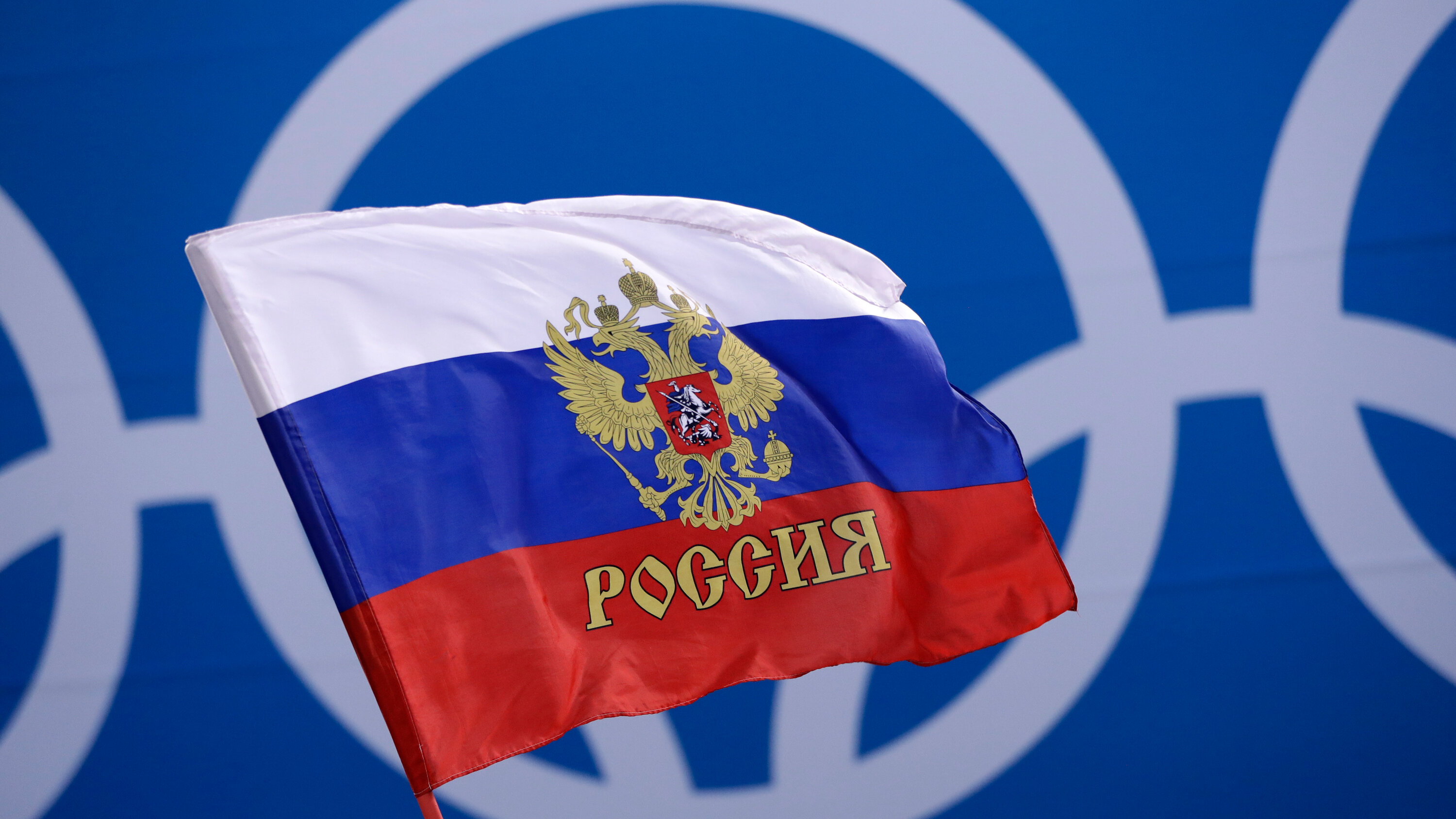