Australian Open Is Postponed Because of the Coronavirus Pandemic

The delayed start of the Australian Open, and the meandering path that officials followed in coming to the decision, revealed much about the state of international sports and tennis specifically at this unique moment.

The three-week delay for the start of the year’s first Grand Slam event — to early February from the middle of January — became semiofficial Wednesday night when the men’s tennis tour released a revised schedule for the first seven weeks of 2021. The Australian Open is now set to start on Feb. 8, according to the ATP schedule.

The announcement of a delay, which comes while Tennis Australia, government officials and leaders of the men’s and women’s professional tours are still completing the details, was the latest disruption in a sport that has dealt with plenty of it since March. That was when the tennis tours shut down for five months because of the coronavirus pandemic.

Now, the delay of one of the first major international sports events of 2021 suggests that any return to something resembling normal for sports might come later in the new year.

For months, organizers of the Open have been trying to balance the players’ needs withAustralian government rules on international travel, while navigating the jigsaw puzzle that is the tennis calendar.

Craig Tiley, the chief executive of Tennis Australia, has said the protection and safety of the players and the public were the most important components of the discussions.

Getting professional tennis back on its feet has been especially challenging because the sport has no central governing body. Instead, a hodgepodge of international, national and local organizations runs the sport. The uncertainty in the game is likely to continue through the first quarter of the year or longer, until coronavirus vaccines are widely distributed in places where major tennis events occur, the danger ebbs and travel restrictions loosen. Major events in the United States in March and April appear likely to be rescheduled.

The 2020 Australian Open was held as usual in January, but the three other Grand Slam events were upended. Wimbledon was canceled for the first time since World War II. The United States Open started in New York in late August, as scheduled, but without spectators, and most players remained cloistered in a pair of Long Island hotels when they were not competing at the tournament in Queens. The start of the French Open was moved to late September from late May. It took place in front of just a smattering of spectators in cool, blustery conditions.

There was hope that Australia would be able to hold something resembling a normal Grand Slam at the start of 2021. Since the World Health Organization declared the coronavirus crisis a pandemic in March, Australia has put into place some of the world’s strictest measures to prevent outbreaks, and the country has been one of the few virus success stories. Australia has averaged fewer than 10 new cases per day over the past week.

Despite those figures — or perhaps because of them — the government has been resistant to bending its rules on overseas travelers to accommodate tennis players, scores of whom would be arriving from virus hot spots, including many communities in the United States and Europe.

Australia has tight limits on international visitors and strict quarantines, which could have made it difficult for arriving players to get enough practice before the tournament began.

Under the current plan, players and their support staff will arrive on chartered flights in mid-January, stay in designated hotels in Melbourne and not mix with the public. Players will be able to train at Melbourne Park and another tennis center during the quarantine, but they will otherwise have to follow a strict protocol and undergo multiple tests for their first 14 days in the country.

“Everyone is on board,” said John Tobias, an agent who represents several top players, including Sloane Stephens of the United States. “Everyone knows what to expect. They understand it. They are not upset, because Australia has been so successful at managing the pandemic.”

Many players probably would have skipped the tournament instead of taking the risk of playing an intense event after a two-week quarantine without training.

Expressing the sentiments of most players, Johanna Konta of Britain, who is No. 14 in the women’s world rankings, told the BBC in November that her body “wouldn’t be able to handle two weeks of deconditioning, and then pushing me into the deep end.”

Australia’s tennis officials also gained the support of the men’s and women’s pro tours, whose calendars are set years ahead of time.

The change will cause a disruption to more than a dozen events on the ATP and WTA Tours during the first two months of the year, including tournaments in Australia, China, Rotterdam, Thailand and other countries.

The women’s tour may hold an event in Melbourne during the second week of the Australian Open, so players who lose during the early rounds of the event will have another opportunity to play and earn money during a lengthy trip to the Southern Hemisphere.

A men’s event in Florida that usually takes place in February will now take place during the first full week in January, making it easier for American players to compete without traveling. A men’s event will also take place in Turkey that is likely to attract European players.

More shifting and uncertainty are expected, officials say. After the Australian Open, the two biggest events next on the calendar are in California and Florida in March and April.

With coronavirus rates still high in the United States, and medical experts predicting another surge in the winter, officials say the BNP Paribas Open in Indian Wells, near Palm Springs, Calif., may be postponed, possibly to October, and the Miami Open could be moved to another country or rescheduled.

The last-minute cancellation of Indian Wells on March 10 was the first major disruption in the sports calendar. By the end of that week, sports everywhere had largely come to a halt.

Nine months later, little in the sport has returned to normal. For the foreseeable future, players will have to keep adjusting to a schedule that figures to remain in flux and a trip to Australia unlike any other.

“It’s two weeks of sticking to a hotel, but there is a good incentive,” Tobias said. “You get to play two or three tournaments in what everyone knows is a really safe country.” 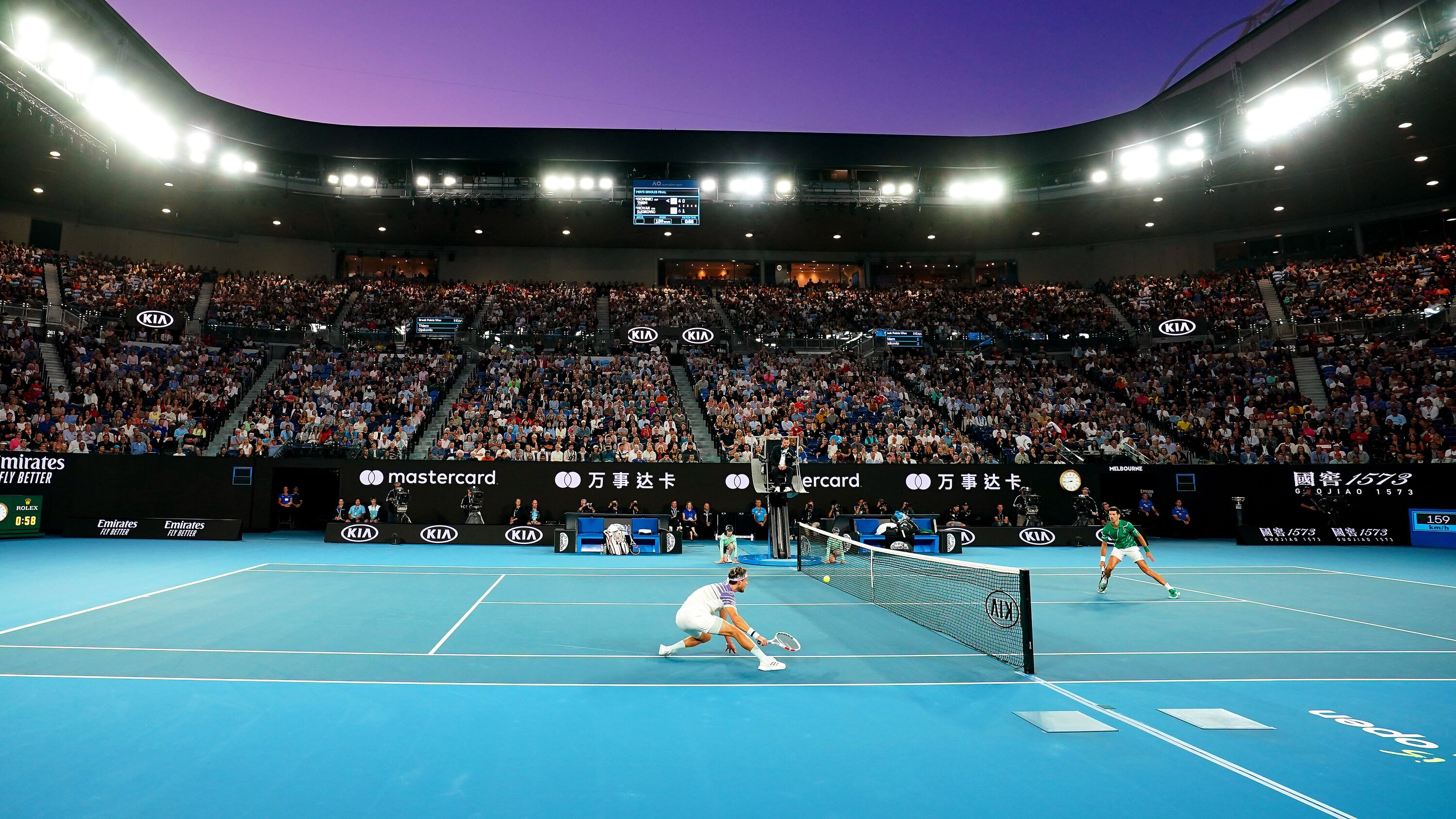 Facebook
Twitter
Pinterest
WhatsApp
Previous articleA First for Sarah Fuller, but That Wasn’t the Last of It
Next articleTheir Publishing Imprint Closed. Now They’re Bringing It Back.