‘Break It All’ Celebrates the Oppositional Energy of Latin Rock

Latin America has taken rock seriously. Seriously enough for governments to suppress it. Seriously enough for bands to sing about political issues, societal troubles and the spirit of rebellion. Seriously enough for fans to risk arrests and beatings to see a concert. While Latin rock can be thoroughly entertaining — catchy, playful, rambunctious, over the top — it rarely settles for being mere entertainment. There’s often far more going on behind the melody, rhythm and noise.

“Break It All,” a six-part documentary series named after a song by Los Shakers that arrives Wednesday on Netflix, hurtles through the history of rock in Latin America, from the 1950s — when Ritchie Valens, a Mexican-American born in California, turned the traditional Mexican song “La Bamba” into an American rock ‘n’ roll cornerstone — to the 21st century.

“Rock ‘n’ roll is a form of communication,” Alex Lora, of the blunt and boisterous Mexican hard-rock band El Tri, says in the documentary. “And it would be illogical, since there are millions of people who speak the language of Cervantes, if we didn’t have our own rock ‘n’ roll.”

The documentary is narrated by the artists themselves, speaking about both their music and the times they lived through. There are glimpses, and often considerably more, of nearly every major Latin rock figure of the last half-century. The names of bands and performers rush by, many of them probably unfamiliar to listeners in the United States. For those who want a second listen, the documentary makers compiled a companion playlist on Spotify under its Spanish title, “Rompan Todo.”

A prime mover and executive producer for “Break It All,” as well as one of its onscreen musician-historians, is Gustavo Santaolalla, who has won two Academy Awards for his film scores and has produced albums for rockers across Latin America, winning a dozen Latin Grammy Awards. His own group, Bajofondo — which mixes tango, rock, orchestral arrangements, electronics and even a bit of disco — is nominated for a Grammy this year in the Latin rock or alternative album category.

As “Break It All” moves through the decades, it juxtaposes exuberant songs and concerts with contemporaneous images of dictatorships, coups, uprisings and crises. Musician after musician defines rock as “freedom.”

“I had this idea forever,” Santaolalla said in a video interview from his home in Los Angeles. “I wanted to tell this story against the background of the sociopolitical ambience of the time. Even musicians that are part of the story don’t make this connection easily. But when you start to dig in and look at the big picture, you realize how similar the situations were, how the same things happened in many countries.”

During his younger days as a longhaired rock musician, Santaolalla himself was arrested and jailed multiple times in Buenos Aires — though never, he recalled, for more than three days. “Rock is not associated with any political party,” he said. “It doesn’t hold a political flag. But nevertheless we were enemies of the state.”

Latin rock, also known as rock en espanol or Latin alternative, evolved with eyes and ears on English-language rock. There’s Latin blues-rock, Latin psychedelia, Latin metal, Latin new wave; throughout the series, Latin rockers cite their American and British counterparts. So in some ways “Break It All” shows a Spanish-speaking parallel universe to the history of rock in the United States and England, particularly in its early years.

“In our early, early, early years, when we were little kids, we were trying to be like the Beatles and sing in English,” Santaolalla said. “And then we realized, no, we have to sing in our language. And we have to play in our own language.”

The best Latin rockers have infused imported sounds with local legacies, moving beyond imitation to innovation — bands like Soda Stereo from Argentina, Aterciopelados from Colombia and Cafe Tacvba from Mexico. Along with all they learned from rock, those bands and others draw on tango, ranchera, cumbia and numerous other homegrown styles, creating hybrids that resonate with and ricochet off cultural memories.

“We wanted to have self-expression — music that was crafted by us, that talked about our daily life,” Ruben Albarran, the lead singer of Cafe Tacvba, said via video interview from his home in Mexico City. “We put the energy of rock music behind the concept of being inquieto,” which translates as restless, worried or uneasy. “To be moving all the time, and to break away from the rules of our society.”

“Break It All” hops from country to country, more or less chronologically, but concentrates on Mexico and Argentina. “There’s great music in all the region, but I like to think of those countries as a battery,” Santaolalla said. “One pole is Mexico and the other is Argentina, the north and the south. Mexico is closer to the U.S., and Argentina is closer to Britain in terms of sound and perspective.”

The documentary traces cycles of expansion, suppression and rebound, of growing ambitions and widening connections. Under dictatorships, rock was at times forced underground. In Argentina, after the singer Billy Bond incited an arena crowd to “break it all” and the audience smashed seats, rock disappeared from television and radio; recording projects had to be submitted to government committees. In Mexico, the country’s rockers were vilified for more than a decade — and shut out of mainstream performing spaces — after a 1971 festival modeled on Woodstock, Avandaro, where the band Peace and Love declaimed songs like “Marihuana” and “We Got the Power” and used obscenities during a live radio broadcast that was immediately cut off.

But musicians persisted, and audiences supported them. Mexican rock started to resurface when radio stations were playing Spanish-language rock from other countries and Mexican labels wanted their own share of the market. Argentine rock got an unlikely boost when, after Britain won the Falklands War in 1982, rock in English was banned from Argentina’s airwaves.

The arrival of MTV Latin America in 1993 brought a new, border-crossing solidarity to Latin rock. Musicians became more aware of kindred spirits abroad; they realized that they weren’t struggling alone. Individual or national missions began to feel like a movement. And they had plenty of targets: authoritarian governments, economic turmoil. The music continued to cross-pollinate — with electronics and hip-hop — and it began, though belatedly, to recognize women’s ideas and voices.

Latin rock never broke the language barrier to reach English-speaking audiences in the United States; that current commercial breakthrough belongs to reggaeton and the vaguer Latin genre called urbano, both drawing primarily on hip-hop and reggae.

“In my 50 years in this, I’ve heard the phrase ‘rock is dead,’ ‘rock is finished,’ so many times,” Santaolalla said. “When we started the series three years ago, I said rock is in hibernation. But now I say rock is in quarantine. I believe the future of rock resides in women and in the third world — they are going to be the pillars of rock. They are going to bring the vaccine.” 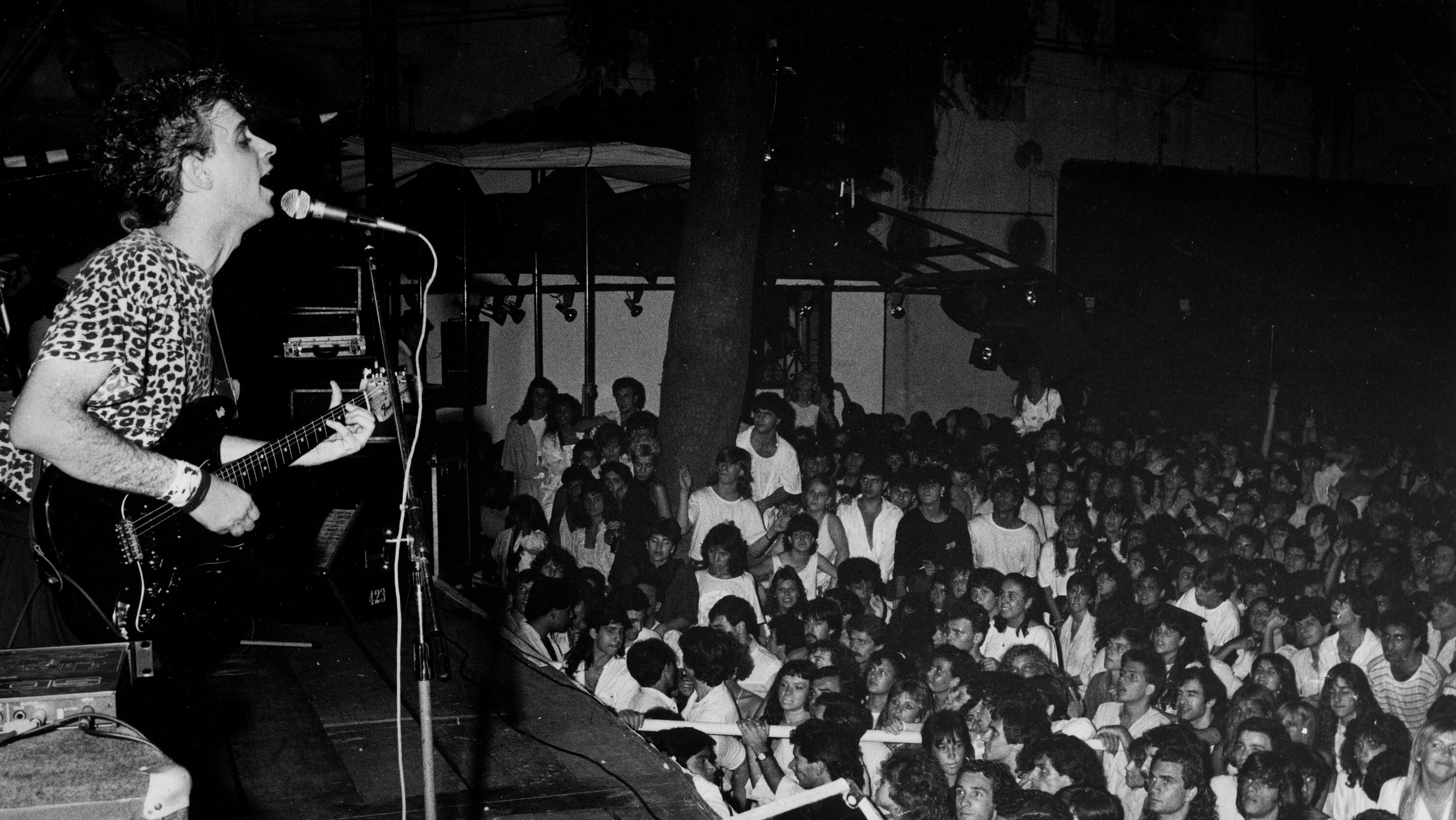