The coronavirus pandemic notwithstanding, the blue bloods are back in the College Football Playoff.

Top-ranked Alabama will meet No. 4 Notre Dame in a national semifinal, the playoff selection committee announced on Sunday, while No. 2 Clemson will face No. 3 Ohio State in the other gateway to a championship game scheduled to cap a season that the pandemic regularly disrupted.

Unlike last season, when playoff seedings were the only details in doubt after league championships, Notre Dame’s fate was uncertain until Sunday afternoon, its postseason prospects dented by a humbling loss to Clemson on Saturday in the Atlantic Coast Conference title game.

But after deliberating at a resort near Dallas, the committee elected to keep Notre Dame ranked just high enough to qualify for a semifinal, assuredly igniting fury among fans of Texas A&M — which also recorded one loss this season — and lesser-known programs like Cincinnati and Coastal Carolina that made it through this autumn’s chaos undefeated.

Alabama and Clemson have each won two national championships during the four-team playoff era, which made its debut in the 2014 season, and Ohio State has captured one. Although Notre Dame has not claimed a national title since the 1988 season, it reached the playoff two years ago.

This season’s semifinal games are scheduled to be played on Jan. 1, with the championship showdown set for Jan. 11. The Clemson-Ohio State game will be contested in New Orleans, while Alabama and Notre Dame will meet in Arlington, Texas.

Playoff officials announced on Saturday night that the semifinal originally planned for the Rose Bowl in Pasadena, Calif., would be moved to Texas. The authorities in California had declined to ease public health restrictions to allow players’ relatives to attend the game, and two of the most influential figures in college football — Coach Dabo Swinney of Clemson and Coach Brian Kelly of Notre Dame — had expressed outrage over the notion of keeping a semifinal there.

“Add this to the list of ways 2020 has demanded flexibility and last-minute accommodation from everyone in college football,” Bill Hancock, the College Football Playoff’s executive director, said in a statement. “Given all the complexities and difficulties involved, this is the best outcome for everyone concerned.”

Unsurprisingly, the selection committee’s final rankings kept two top conferences, the Big 12 and the Pac-12, out of the playoff for this season, which faced week after week of chaos and cancellations because of the pandemic.

Alabama effectively locked in its position at the head of the playoff field when the Crimson Tide won their 11th game — and the Southeastern Conference title — by outlasting Florida on Saturday. And although Coach Nick Saban, who is pursuing the sixth national championship of his Alabama tenure, is renowned for his defenses, this iteration of Alabama is much more of an offensive wonder.

DeVonta Smith had 15 catches on Saturday night, a career high and a record for the SEC title game. He ended with 184 receiving yards. Najee Harris, a senior tailback, rushed for 178 yards and two touchdowns. Mac Jones, Alabama’s quarterback, has thrown 32 touchdowns this season and is averaging about 340 passing yards a game. All three are candidates for the Heisman Trophy, college football’s most prized individual honor, which will be awarded next month.

Clemson, which won the national championship to cap its 2016 and 2018 campaigns, will appear in the playoff for the sixth consecutive season. Many of the players who navigated the Tigers to last season’s national title game remain on the roster, including quarterback Trevor Lawrence and running back Travis Etienne, the A.C.C.’s career rushing leader. Clemson (10-1) logged 541 yards on Saturday in Charlotte, N.C., but its defense also showed its strengths, sacking Ian Book, Notre Dame’s quarterback, six times.

“Every game for us is a statement because it’s another chance for people to see us play, and we are what we play like,” he added. “What we put on tape is who we are.”

Ohio State (6-0) wheezed to a 22-10 victory over Northwestern in Saturday’s Big Ten championship game — a contest it reached only because the conference changed its threshold of games played to qualify for the game in Indianapolis — and will appear in a semifinal as the most untested team of this playoff field, or any other. (When the Buckeyes met Clemson in a semifinal last season, both teams had won 13 games.)

Ohio State had three regular-season games canceled this year because of virus issues in the Big Ten, including a matchup at Illinois because of positive tests within Ohio State’s football program. It faced skepticism across college football that it had proved itself worthy of a playoff spot. But the committee showed sustained interest in Ohio State anyway.

“People can say whatever they want,” Ryan Day, Ohio State’s coach, said before Sunday’s rankings were released. “They have their opinions. I’m not going to talk about other teams because I think we have enough to talk about positively about our program. But I’ll say this: If we have an opportunity to play anybody in the country one game, I’m going to take the Ohio State Buckeyes. I feel strongly about this team. We’re made of unbelievable character, and they’ve been through so much.”

Notre Dame (10-1) is just pleased to still be on the invitation list. Although the Fighting Irish beat Clemson in November when Lawrence was out after testing positive for the virus, their debacle on Saturday fueled questions over whether they were ripe for one of the sport’s biggest stages. But Kelly publicly argued that Notre Dame’s earlier victories over Clemson and North Carolina made for a strong resume.

“We played 11 games; I mean, that matters,” said Kelly, whose traditionally independent team played in the A.C.C. this season. “Playing 11 games, testing your team week in and week out, I think in my mind that puts us without question as one of the top four teams in the country.”

At least this time, the selection committee agreed. 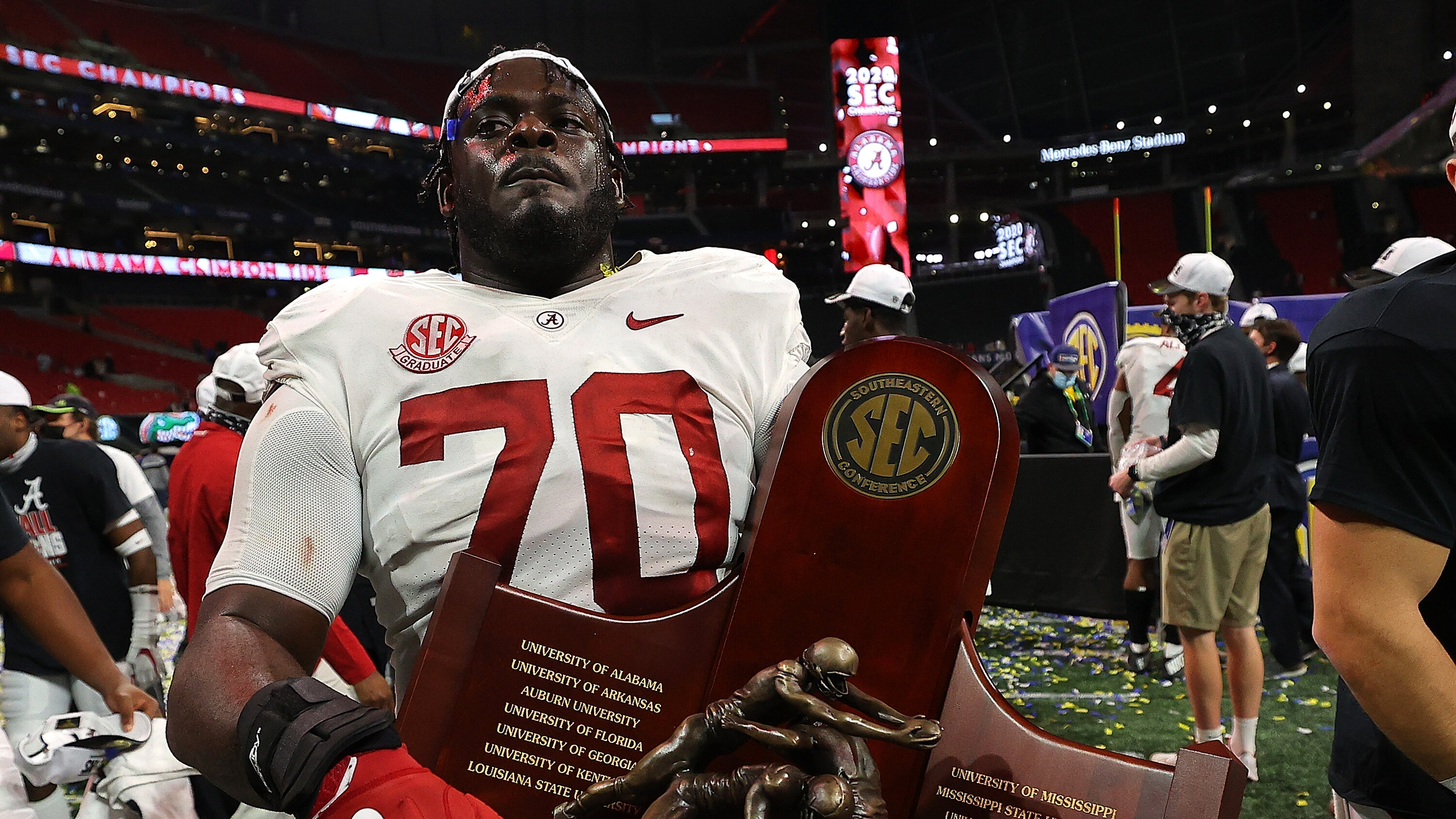