Home Sport College Football Has Been Messy, So Why Not End That Way, Too?
Sport

College Football Has Been Messy, So Why Not End That Way, Too?

This fiasco of a college football season, in which no amount of coaches’ scheming or testing or contact tracing could keep the coronavirus from wreaking havoc, stumbled toward an inevitably messy finish on what in a normal year might be celebrated as a championship Saturday.

Instead, as Notre Dame Coach Brian Kelly threatened a playoff boycott on Friday, and Ohio State bumbled its way to the Big Ten title on Saturday with 22 players sidelined — many presumably related to the virus — the College Football Playoff committee may have a decision that is not as neat and tidy as it would have wanted.

In this year, and others, the playoff committee — for all its boasting of football intellect — has been little more than a boxing matchmaker, releasing weekly rankings in November and December as a way to gin up interest (and outrage) before ultimately providing a rather obvious four-team field that will make the television networks happy.

Now in its seventh season, the committee has never been left with such a jumbled set of circumstances as the one it will have to sort through before Sunday’s announcement of which four teams will play in the Jan. 1 semifinals — one at the Sugar Bowl and the other, after a switch late Saturday night, in Arlington, Texas, where it may or may not be called the Rose Bowl.

There are no September nonconference games to use as barometers. There is no common number of results, with Ohio State (6-0) having played five fewer games than the other leading contenders. And what to make of Notre Dame, which won its first 10 games and beat Clemson in double overtime earlier this season when the Tigers were missing Trevor Lawrence? On Saturday, Notre Dame was throttled 34-10 by the Tigers with Lawrence playing.

After this weekend, the committee also may have to consider the effect of virus test results on a team’s ability to compete.

Among the players missing for Ohio State on Saturday were the star receiver Chris Olave, linebacker Baron Browning and punter Drue Chrisman. Ohio State does not announce whether players have tested positive, but Chrisman said on Twitter that he had (and that “this virus has not been pleasant”). According to Big Ten rules, players who test positive must sit out for 21 days, raising the possibility that some of the Buckeyes who missed Saturday’s game would also miss a playoff semifinal in less than two weeks.

Ohio State, which had valet service to reach the playoff — the Big Ten changed its rules to allow the Buckeyes to play for its championship despite having three games canceled — is seeking further allowances. Coach Ryan Day said after Saturday’s 22-10 win over Northwestern that the Big Ten was looking “very hard” at amending a rule, put in place to ensure the safety of players, that sidelines players for 21 days after they test positive.

The Buckeyes have plenty of reason to solicit help after the way they played on Saturday.

Ohio State did not take the lead for good — or score a touchdown — until late in the third quarter. They got by when Day finally decided it wasn’t such a good idea to let his quarterback Justin Fields keep making scattershot throws and just handed the ball to tailback Trey Sermon, who set a team record with 331 yards rushing on 29 carries.

“I kind of knew it was going to go like this today,” said Day, who was also without two assistant coaches, presumably also because of the virus. “It’s just the way this season has gone.”

If the Buckeyes have a raft of N.F.L. talent, they also will have to hope the playoff committee continues to give short shrift to their lightweight schedule, which includes relatively narrow wins over No. 11 Indiana and No. 14 Northwestern and four wallopings of teams with losing records.

Texas A&M, which has been anchored in the fifth spot in the playoff rankings, is making its claim as the second-best team in the Southeastern Conference, college football’s marquee league. The Aggies, who are 8-1, dispatched Tennessee on Saturday in a perfunctory manner, 34-13. Their lone loss was a drubbing by top-ranked Alabama, but they do have a victory over Florida, which took on a greater shine after the Gators traded haymakers with Alabama in the SEC title game late Saturday night before falling, 52-46.

If Notre Dame put itself in a precarious position — they have just two wins against teams with a winning record — the Irish do have some history on their side. In 2001, unbeaten Nebraska was given a berth in the old Bowl Championship Series after got clobbered by Colorado, 62-36. And two years later, unbeaten Oklahoma lost to Kansas State by 35-7 but still played for the title.

The Sun Belt title game was canceled Thursday because of a virus outbreak at Coastal Carolina, which was hoping to add to its 11-0 record with a second victory over Louisiana, which had throttled the regular-season Big 12 champion Iowa State in its season opener.

The Pac-12, the clown car of the Power 5 conferences, had pinned its hopes for sneaking into the playoff for the first time in four years on unbeaten Southern California. When Washington, the North Division champion, had to back out of the title game because of virus cases, the conference chose not to simply declare the Trojans the champions. Instead, it slotted in Oregon — which dumped U.S.C. on Friday night, 31-24.

As a result, the Pac-12 managed the trick of crowning a champion — and a team it will put in New Year’s Day bowl — that didn’t even win its division.

It seems likely that Oregon will be headed to the Fiesta Bowl, but even the bowl games are an uncertain proposition. Eleven have been canceled and more than a dozen teams — including U.S.C. — have said they will forgo playing in a bowl.

The playoff executives, under pressure to move their Rose Bowl semifinal because families would not be allowed to attend under local health guidelines, said Saturday night that the semifinal would instead be played in Texas, where fans could be accommodated. (The announcement came as Stanford and U.C.L.A. were playing without fans at the Rose Bowl.)

Whether the Rose Bowl name can be used in conjunction with the game will be up to the Pasadena, Calif., city council, whose contract with the Tournament of Roses, which owns the game, states that it cannot be moved elsewhere.

The decision is sure to please Kelly, the Notre Dame coach who suggested his team might not play if the relatives of his players were not allowed in to watch.

“Please,” Kelly said on Friday. “Somebody has to wake up in that room and figure it out. Or you might as well just call this the professional league.”

Now his only concern is whether he gets an invitation. 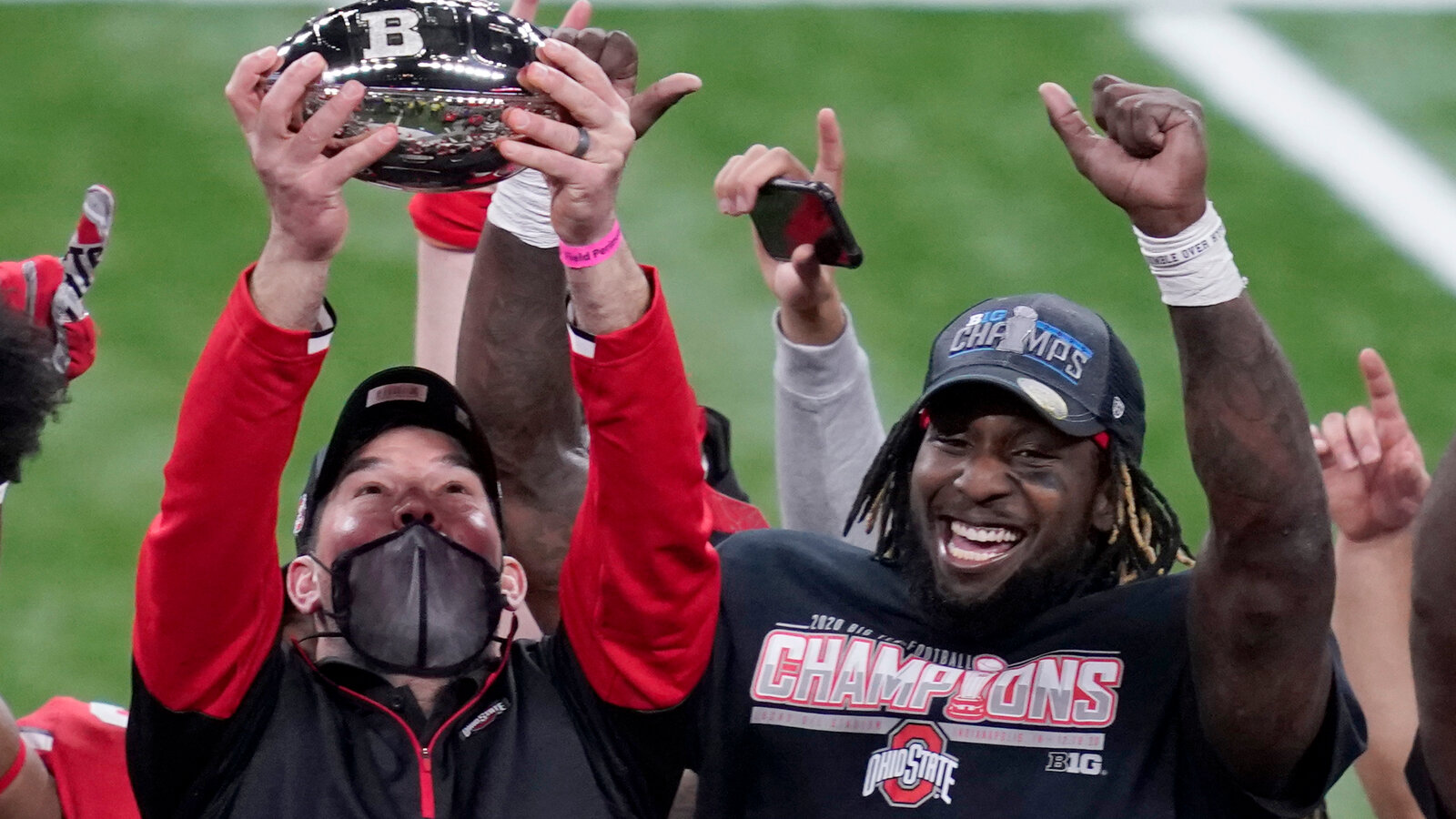