Frontline Workers and People Over 74 Should Get Shots Next, CDC Panel Says

Striking a compromise between two high-risk population groups, a panel advising the Centers for Disease Control and Prevention voted Sunday to recommend that people 75 and older be next in line to receive the coronavirus vaccine in the United States, along with about 30 million “frontline essential workers,” including emergency responders, teachers and grocery store employees.

The debate about who should receive the vaccine in these early months has grown increasingly urgent as the daily tally of cases has swelled to numbers unimaginable even a month ago. The country has already begun vaccinating health care workers, and on Monday, CVS and Walgreens were to begin a mass vaccination campaign at the nation’s nursing homes and long-term care facilities. This week roughly six million doses of the newly authorized Moderna vaccine are to start arriving at more than 3,700 locations around the country, including many smaller and rural hospitals.

The panel of doctors and public health experts had previously indicated it would recommend a much broader group of Americans defined as essential workers — about 87 million people with jobs designated by a division of the Department of Homeland Security as critical to keeping society functioning — as the next priority population and that elderly people who live independently should come later.

But in hours of discussion on Sunday, the committee members concluded that given the limited initial supply of vaccine and the higher Covid-19 death rate among elderly Americans, it made more sense to allow the oldest among them to go next along with workers at the highest risk of exposure to the virus.

Groups of essential workers, such as construction and food service workers, the committee said, would be eligible for the next wave. Members did clarify that local organizations had great flexibility to make those determinations.

“I feel very strongly we do need to have that balance of saving lives and keeping our infrastructure in place,” said Dr. Helen Talbot, a member of the panel and infectious-disease specialist at Vanderbilt University.

Together, the two groups the committee voted to prioritize on Sunday number about 51 million people; federal health officials have estimated that there should be enough vaccine supply to inoculate all of them before the end of February.

The director of the C.D.C., Dr. Robert Redfield, will review the panel’s recommendation and decide, likely by Monday, whether to embrace it as the agency’s official guidance to states. The panel, the Advisory Committee on Immunization Practices, emphasized that its recommendations were nonbinding and that every state would be able to fine-tune or adjust them to serve the unique needs of its population.

The 13-to-1 vote came as frustrations flared about the pace of vaccine distribution. This weekend, Gen. Gustave F. Perna, who heads the Trump administration’s distribution effort, apologized for at least 14 states learning at the last minute that they would receive fewer doses of the vaccine manufactured by Pfizer next week than they had expected. Tensions were also flaring in some states over local decisions regarding which health care workers should get their shots immediately, and which should wait.

In addition to teachers, firefighters and police, a subgroup of the committee suggested that “frontline essential workers” should include school support staff; day care, corrections personnel, public transit, grocery store and postal workers; and those in working in food production and manufacturing. But the group’s official recommendation is not that specific.

The committee had signaled last month that they had been inclined to let 87 million essential workers receive vaccines ahead of adults 65 and older. Many had expressed their alarm that essential workers, who are often low-wage people of color, were being hit disproportionately hard by the virus and additionally were disadvantaged because of their lesser access to good health care.

In a strongly worded statement before the panel’s vote on Sunday, its chairman, Dr. Jose R. Romero, the Arkansas secretary of health, pushed back against a recent flood of often vicious accusations that the panel was prioritizing other racial groups over white people. “Our attempt has been always to achieve equitable ethical and fair distribution of that resource. We have never targeted a specific ethnic nor racial group for receipt of the vaccine,” he said. 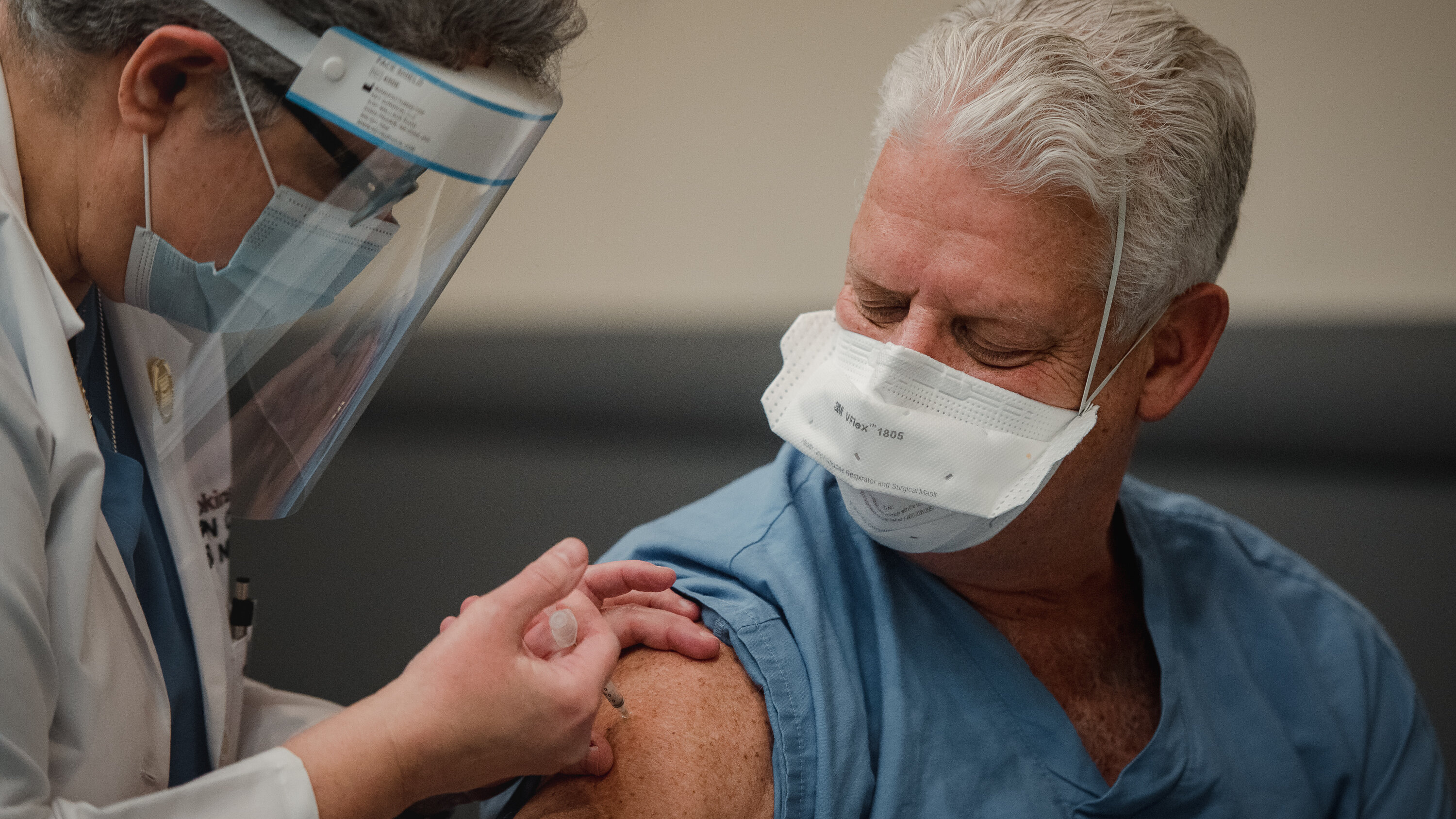