United Sends a Message. But What Kind, Exactly?

MANCHESTER, England — The fourth goal, the one that signaled a victory turning into a rout, was the one that meant the most. Manchester United’s coaching staff poured from the bench. On the sideline, several of the handful of stewards standing guard over Old Trafford’s empty stands celebrated wildly. And on the field, the players grinned and roared and beamed from ear to ear.

Most of them, of course, would be too young to remember the last time Manchester United met Leeds United in the Premier League. Scott McTominay, scorer of two goals inside the first three minutes on Sunday, for example, was 8 then. Marcus Rashford was 7. Daniel James was 6. David de Gea might have better recollections of it, but it is unlikely that as a 13-year-old in Madrid he paid it any particular heed.

This has long been one of English soccer’s most virulent rivalries: For all the enmities Alex Ferguson enjoyed and endured and quite often stoked in his time at Old Trafford, he always regarded the one with Leeds as somehow different, a little more toxic, a little more potent.

But it has been 16 years since they last shared a division, since they could last be considered peers: time enough for both teams, both clubs, both cities to change beyond recognition. Time enough for a whole generation of fans to grow up without firsthand experience of the shared hostility.

And yet it remains. Even in the silence of an empty stadium, even without a crowd of 76,000 explaining exactly what it means, even in a game between two sets of players for whom — with one or two exceptions — the rivalry must be an abstract and distant and vaguely historical thing, Manchester United wanted not just to win, but to humiliate.

The players celebrated when four became five, and when five became six, and with a vigor that suggested their joy was rooted not only in their success but in their opponent’s failure, its embarrassment.

It will be of little or no solace to Leeds fans — a decade and a half of waiting for this game to come around on this stage once more, and this is their reward — but it was a strange sort of embarrassment, and a curious kind of rout. Marcelo Bielsa’s players conceded six, but might have scored that many themselves. They were blown away, time and again, but they kept coming back. Put it this way: It was only when Manchester United scored its fifth and sixth in quick succession that the result felt absolutely certain. At four, you felt, there was a bit of a chance.

That says much that is already known about Leeds — cavalier and adventurous and flawed and vulnerable, all at once, and captivating for it — but, if anything, it is even more revealing about the nature of its conqueror.

The raw data tell one story. The scoreboard that read: Manchester United 6, Leeds United 2. The Premier League table that finds Ole Gunnar Solskjaer’s team in third place, five points behind Liverpool, and having played one fewer game. Win that, and the gap is down to two. And winning is something United has done a lot of recently: six of its last seven league games, the only exception a creditable draw at home to Manchester City.

But none of it tells the whole story. The distorting effect of time in the pandemic is well documented. When every day feels the same, a week can last forever, but a year, or the better part of it, can pass by in a flash. Tracking the varying fortunes of Manchester United under Solskjaer has a similar dissembling effect.

This season alone, it has lost, 6-1, at home to Tottenham Hotspur and broken the club record for most consecutive away wins. It has plummeted into the bottom half of the Premier League standings, and yet laid the foundation for what may yet prove to be a genuine title challenge. It has tapped a wonderful vein of form and, concurrently, been eliminated from the Champions League.

It has found a way of simultaneously being remarkably consistent but feeling chronically unpredictable. It is a team that can be obdurate and astute on defense, but then also allow Demba Ba to run, unopposed, from inside his own half to score. It is a side that seems to develop a clear identity for a while and then lose it, as if it has disappeared in the mist.

At the center of all this, of course, is Solskjaer himself. It is two years since he was called in to take the helm of the club he served with such distinction as a player. And yet it feels all but impossible to assess how well he is doing, whether he is suited to the job, whether these are the teething problems of something bigger, something better, or whether this is the limit of what his Manchester United might be.

There is evidence, compelling evidence, to support both sides of the argument, but a conclusion still feels remote. The destruction of Leeds, too, can be read in two ways.

The first is the straightforward one: Solskjaer sent out a team that exposed every single one of the weaknesses in Bielsa’s team: selecting James, a whirring, darting winger, to carry the counterattack was a masterstroke; instructing both McTominay and Fred to break beyond Leeds’s fluid midfield was another. It is perfectly valid to read this as an unmitigated triumph.

The second is the complex one: Solskjaer, effectively, sent his team out to beat Leeds by being Leeds, by matching Bielsa’s team for intensity and effort and speed of both movement and thought. The result was a sort of organized chaos, an endless round of punch and counterpunch.

Both teams carved out a glut of chances — Leeds, by a conservative estimate, could have scored five with even marginally better finishing — and the most significant factor in determining the result was not the respective talent of the managers but the ability of the players.

Leeds is, perhaps, the clearest example in European soccer of a team being coached to be greater than the sum of its parts. Manchester United is not, but then its parts are both extremely gifted and extremely expensive, and most of the time, that is enough: enough to overcome an obstacle, to win a game and even, as here, to humiliate a rival. 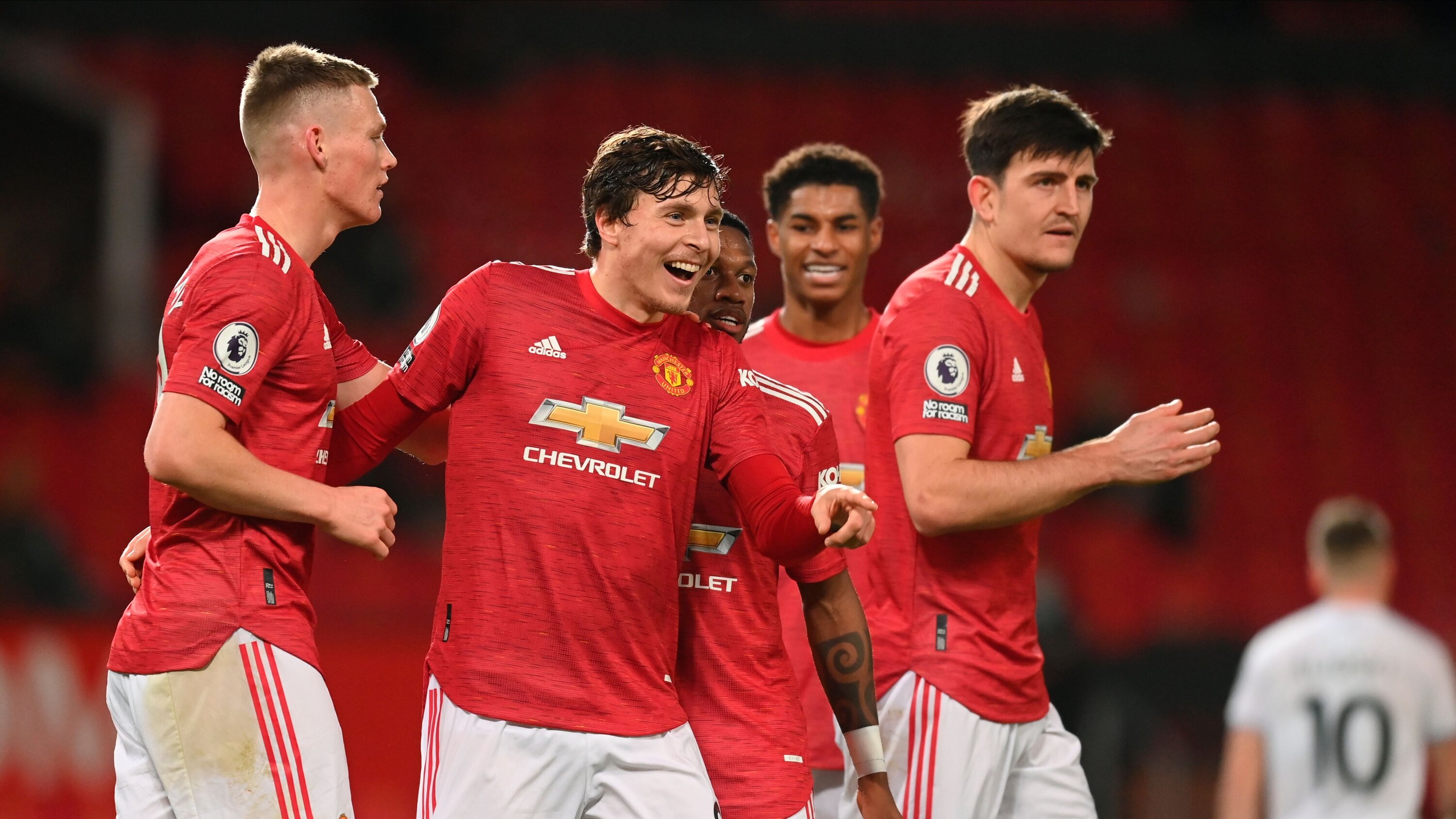