Home Racing A 'Messiah' for the Multitudes, Freed From History's Bonds
Racing

A ‘Messiah’ for the Multitudes, Freed From History’s Bonds

A gay Chinese-Canadian tenor struts through the streets of Vancouver, joyously proclaiming that “ev’ry valley shall be exalted” as the camera focuses in on his six-inch-high stiletto heels.

A Tunisian-Canadian mezzo-soprano reimagines Jesus as a Muslim woman in a head scarf.

In Yukon, an Indigenous singer praises the remote snow-covered landscape in Southern Tutchone, the language of her ancestors.

“This is not your grandparents’ ‘Messiah,'” Spencer Britten, the tenor in heels, said in an interview. He and the other performers are part of “Messiah/Complex,” an iconoclastic new production of Handel’s classic oratorio, which draws on biblical texts to form a stylized narrative of suffering, hope and redemption.

An 80-minute film featuring a dozen soloists from all corners of the country, this unabashed celebration of Canadian multiculturalism has recast the work as a series of deeply personal video narratives. (The performance will be streaming through Jan. 7.)

The brainchild of Joel Ivany, a Broadway-loving son of pastors, and his Toronto indie opera company, Against the Grain Theater, in collaboration with the Toronto Symphony Orchestra, “Messiah/Complex” seeks to revamp a Christmas favorite for a world upended by a pandemic and a renewed consciousness about the rights of Black people and other minorities.

It mixes the sacred and profane as it journeys from Canada’s Far North to an urban hockey ring, engaging in a bit of high camp and translating passages into six languages, including Arabic, French, Dene and Inuttitut. The text Mr. Britten sings has been retooled as a coming-out anthem for a young man confronting his conservative Chinese relatives.

The production may send some purists running. One comment on YouTube called it “blasphemy.” But the critical reception has been more enthusiastic; The Globe and Mail, a leading national newspaper, lauded a “daring interpretation” that nevertheless “might get a rise out of the ‘Hallelujah’ people.” (The stalwart “Hallelujah” chorus, by the way, is performed by the Toronto Mendelssohn Choir, whose members came together to record the vocals in a space divided into makeshift booths with shower curtains to observe pandemic health protocols. The group was later filmed lip-syncing it — socially distanced — in downtown Toronto.)

At a time when opera houses and concert halls around the globe have been shuttered by the coronavirus and are battling to remain relevant, Mr. Ivany said he wanted to create a “Messiah” befitting the moment. He added that he hoped the online production, initially conceived for Toronto’s Winter Garden Theater, would attract a younger audience that didn’t usually come to the opera.

“As the Black Lives Matter protests were happening across the world, the silence in the classical music world was deafening, and I thought, ‘What if every soloist in this “Messiah” was Indigenous, Black or a person of color?” said Mr. Ivany, who previously staged “La Boheme” in a pub. Mindful, he added, that he was “a white man interpreting a piece by a dead European male,” he partnered with Reneltta Arluk, an Indigenous theater director based in Alberta.

This reimagining of Handel, Ms. Arluk said, was also a way to grapple with recent research suggesting that the German-born composer had investments in the trans-Atlantic slave trade. “We can’t control the actions of composers hundreds of years ago,” she said. “But we can claim Handel’s work in our voices.”

“Messiah/Complex” is hardly the first adjustment to “Messiah,” which was reworked by Mozart in 1789 and has since been interpreted by rock guitarists and gospel and hip-hop artists. Handel himself was initially accused of sacrilege in some orthodox quarters for transposing the biblical text.

“Can it make you angry that we dared to do such a thing, that we provoked you?” said Matthew Loden, the chief executive of the Toronto Symphony. “That is what art is supposed to do.”

In Canada, where the global reckoning about systemic racism has spawned debate about the dearth of minority voices represented in popular culture, the production is also being seen as a cultural corrective of sorts. And all the more so since the government of Prime Minister Justin Trudeau has made a priority of reconciling with Indigenous peoples.

In 2018 “Slav,” a theater production by the prominent Canadian director Robert Lepage, closed early at the Montreal International Jazz Festival following an outcry because a majority-white cast was portraying Black slaves. Indigenous artists also lashed out after another Lepage production, “Kanata,” which recounts aspects of Indigenous Canadians’ subjugation by white people, did not include any Indigenous Canadians in the cast.

Half of the 12 soloists in “Messiah/Complex” are Indigenous. Diyet van Lieshout, the mezzo-soprano from Yukon, is filmed traipsing through the snow in her traditional mukluk boots. She said that translating her aria, “O thou that tellest good tidings to Zion,” into Southern Tutchone, her First Nations language, with her help of her 91-year-old grandmother had been nothing less than a way to “decolonize myself.”

In the 1960s, she said, her mother, like other Indigenous children, had been taken from her family at the age of 5 and sent to a government-sponsored residential school run by the church, where she was forbidden to speak her language. (In 2015, a government commission said that such schools, which were in operation for over a century, “can best be described as ‘cultural genocide.'”)

Ms. van Lieshout said she had struggled to reconcile her love of church music with the suffering her mother had endured. She said that singing “O thou that tellest” in her native tongue had “given me a reason to like Handel again.”

Deantha Edmunds, an Inuk soprano who translated her part into her native Inuttitut, said showcasing Indigenous opera divas would also help combat the stereotype that people like her were more likely to be seen hunting than singing arias. In fact, she said, classical music had been brought to Inuit communities in her native Labrador, on Canada’s Atlantic coast, by European missionaries from Moravia about 250 years ago. She recalled how her father used to serenade the family over Christmas by singing “Silent Night” in English, German and Inuttitut.

Perhaps the most intense intervention is that of Rihab Chaieb, a Tunisian-Canadian mezzo-soprano who has sung often with the Metropolitan Opera. She removed Jesus from her aria altogether, changing “He was despised” to “She is despised,” to evoke herself and her Muslim mother.

Quebec recently passed a law banning teachers, and other public sector workers from wearing religious symbols like head scarves while at work. Ms. Chaieb said neighbors in Montreal had called her veiled mother a terrorist, inspiring this singer to use Handel’s music to express her estrangement.

In her segment, Ms. Chaieb is portrayed in black and white as a dutiful daughter, drinking tea in her mother’s apartment. But when she is shown, in color, under a graffiti-splattered underpass in Montreal, her barely submerged pain gradually crescendos as she sings in her native French.

“My reinterpretation of the ‘Messiah’ is about me feeling despised and rejected as a first-generation immigrant in Montreal,” she said. “Like me, Jesus felt wretched and despised. But by taking Jesus out of the equation and making it more personal, I have reclaimed the ‘Messiah’ as my own.” 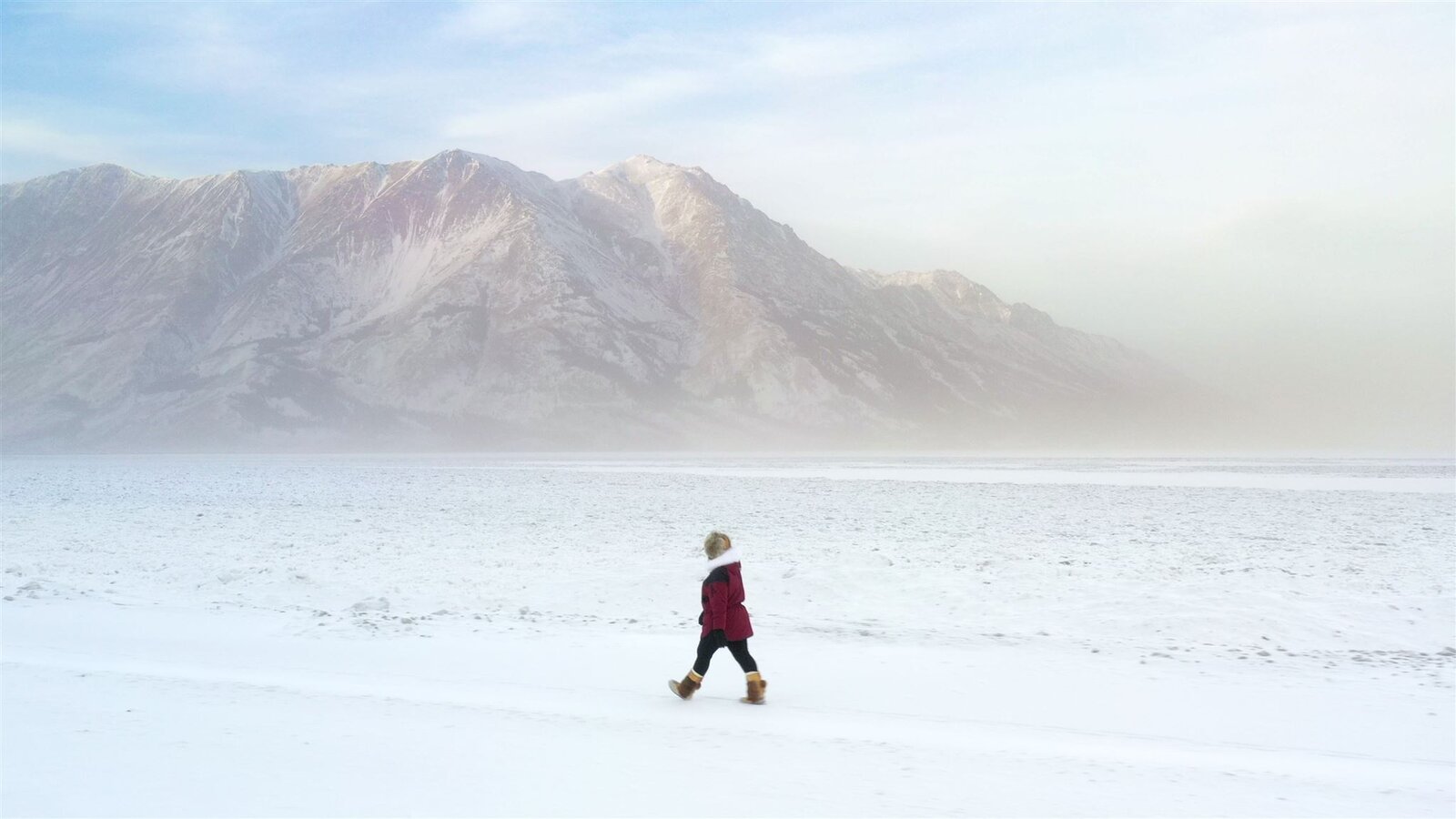 Facebook
Twitter
Pinterest
WhatsApp
Previous articleMexico Misled Citizens About the Severity of the Outbreak in its Capital
Next articleCanada and the Coronavirus Vaccine: Here’s What It Means