Home Racing Canada and the Coronavirus Vaccine: Here's What It Means
Racing

Canada and the Coronavirus Vaccine: Here’s What It Means

Canada on Monday joined Britain and the United States as the first Western nations to start inoculating their citizens against the coronavirus.

Fourteen distribution centers across the country began receiving doses of the Pfizer-BioNTech vaccine, which was made in Belgium, on Sunday night. Among the first to get injections will be residents of nursing homes in Quebec and health care workers at long-term care homes in Toronto.

“This is good news,” Prime Minister Justin Trudeau wrote on Twitter Sunday. “But our fight against Covid-19 is not over. Now more than ever, let’s keep up our vigilance.”

The coronavirus has infected more than 460,000 people in Canada and killed 13,431, underlining how even a country with universal health care, a generally rule-bound population and a deference to science remains vulnerable to the coronavirus.

Here’s what you need to know.

Anita Quidangen, a long-term care health worker in Toronto, was one of the first people to receive the vaccine in Canada. She got it shortly after 12 p.m. on Monday, kicking off the start of her country’s inoculation campaign.

Who gets the shots first will vary from province to province. For the first few thousand doses, for example, Quebec will focus on long-term-care homes, while Saskatchewan and Alberta will first inject health care workers.

In Quebec, the province hardest hit by the pandemic, the first person to be vaccinated in Quebec City, the provincial capital, was to be Gisele Levesque, an 89-year-old former bank employee. “They chose me — oh, yes!” she said upon hearing the news, according to the Canadian Broadcasting Corporation.

Residents of two Quebec nursing homes will be among the first to be vaccinated. In Ontario, which has been badly buffeted by the virus, frontline health workers will get vaccinated, including at The Ottawa Hospital and at the University Health Network in Toronto.

A federal panel came up with a list of recommendations that prioritized people over the age of 80; residents of long-term-care homes, a group that has accounted for 71 percent of deaths to date in the country, and the workers who serve them; health care workers; and Indigenous communities.

Children will not get the Pfizer-BioNTech vaccine immediately. It is approved only for use in people 16 and older.

And the Northwest Territories, Nunavut and Yukon won’t be immediately vaccinating. Instead, they have opted to wait for the Moderna vaccine, which is nearing approval and will be easier to distribute, since it doesn’t require the ultralow temperatures necessary to transport and store the Pfizer-BioNTech vaccine.

How many doses will Canada be getting?

Maj. Gen. Dany Fortin, the Canadian military officer overseeing the distribution of the vaccine to provincial health care systems, told the CBC, the national broadcaster, that the first batch would be roughly 30,000 doses. Officials said that number would grow to about 249,000 doses by the end of the month.

Canada, which has a population of 38 million, has agreed to buy up to 76 million doses from Pfizer, and 414 million doses of other potential vaccines from other companies in a rollout that will take months. Similarly, Britain has arranged for far more doses than it will need, in case some vaccines are delayed or do not pan out.

The initial quantities will be small compared with the millions of doses expected to arrive in the new year, making the first doses more an appetizer than a main course.

The broad plan is to vaccinate only people from the top-priority groups until the end of March. During that time, the federal government expects to receive four million doses from Pfizer and, assuming it’s approved, two million doses of Moderna’s vaccine.

By that time, governments will have to figure out how to deal with the remaining 35 million Canadians.

Officials said Canada is among the countries ordering the most doses per capita, opening the way for the country to provide excess supply to less wealthy countries.

Is it safe? Are there side effects?

Health Canada says it has completed a rigorous, independent review of the data from clinical trials on the vaccine’s safety and effectiveness, which involved tens of thousands of people — the same kind of scrutiny applied by the U.S. Food and Drug Administration.

The Pfizer and BioNTech vaccine, like other typical vaccines, is delivered as a shot in the arm. Tens of thousands of people have already received the vaccines, and none of them have reported any serious side effects.

Some recipients of the vaccine have experienced some short-lived discomfort, including aches and flulike symptoms that lasted less than a day. It may be necessary for some people to take time off from work or school after the second shot.

While the effects of the vaccine may provide some initial irritation, they are a positive sign that the body’s immune system is kicking into gear to provide long-lasting immunity.

Following the news that two people in Britain experienced severe allergic reactions to the vaccine, Health Canada over the weekend warned people with allergies to any of the ingredients in the vaccine not to receive it.

When can people return to normal life?

Since only a small number of citizens can be vaccinated in the first few months of the campaign, the unvaccinated majority will still be vulnerable to the virus.

A growing number of coronavirus vaccines are showing robust protection against Covid-19. But it’s also possible for people to spread the virus without even knowing they’re infected if they have only mild symptoms — or none at all. And scientists don’t yet know if the vaccines also block the transmission of the coronavirus.

So for the time being, even vaccinated people will need to remain vigilant.

Once enough people are vaccinated, however, it will become very difficult for the coronavirus to find vulnerable people to infect. Depending on how quickly that goal is achieved, there could be a return to normalcy by the fall of 2021.

I’ve been vaccinated — do I still need to wear a mask?

Yes, but not forever.

Vaccines can protect people from getting sick with Covid-19. But the clinical trials that established that were not designed to determine whether vaccinated people can still spread the virus.

Researchers will be intensely studying this question as the vaccines roll out. In the meantime, even vaccinated people will need to think of themselves as possible spreaders. 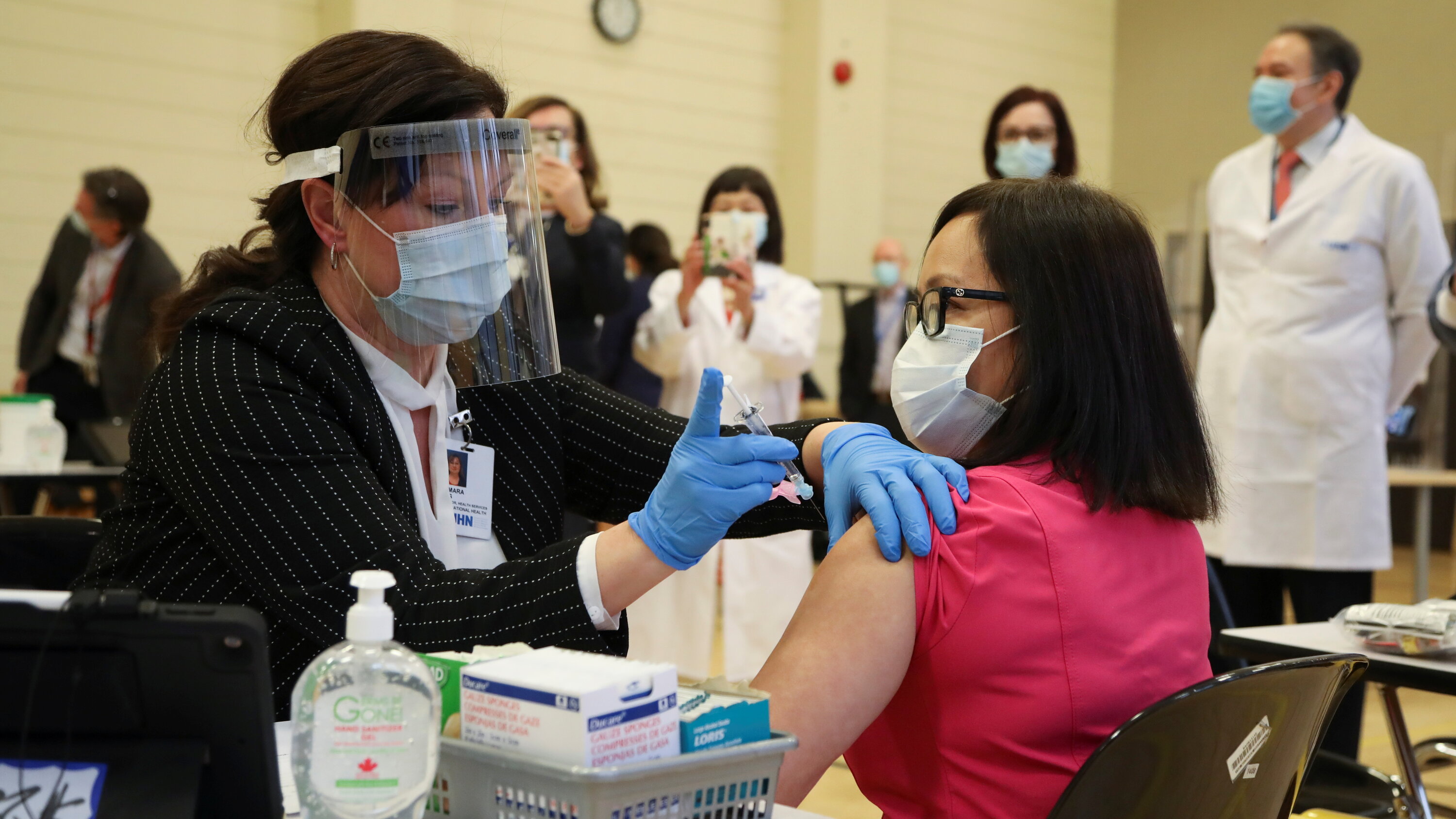