The Hall of Fame Tries to Contextualize Baseball’s Racist Past

A plaque at the Baseball Hall of Fame in Cooperstown, N.Y., confers a kind of halo to each member. The gallery feels like a chapel, and the Hall of Famers are the saints. A few gilded sentences summarize the reasons to honor each one.

“Of course the people that have plaques in there, it’s all going to be about the good stuff,” Ozzie Smith, the artful shortstop for the Padres and Cardinals and a member since 2002, said by phone the other day. “But there’s some bad stuff, too, and that’s for all of us. I think we all have a dark side of our lives.”

For some, that dark side casts an especially long shadow. Baseball’s first commissioner, Kenesaw Mountain Landis, was inducted in 1944, when the color line he upheld was still in place. He is hailed for “integrity and leadership,” with no mention of the scourge of segregation. Likewise, a 1939 inductee, Cap Anson, is cited for his batting titles and pennants, not for his refusal to play in exhibitions with Black players.

An enduring legacy of 2020, this painful year, has been a reconsideration of monuments to racist icons. The notion has echoed in Cooperstown, where Jane Forbes Clark, the chairman of the Hall of Fame’s board of directors, has heard from people asking to remove some of the more problematic members from the walls.

“I’d have been surprised if they didn’t,” Clark said in a phone interview. “I think what we’re going to do to enhance our look at all of these people and explore deeper their histories and their impact, it’s going to make a big difference. I think it’s the right thing to do.”

What the Hall of Fame is doing, she said, will not include the removal of any plaques. Instead, the museum has enhanced and renamed its exhibit on Black players in baseball while adding a sign to the gallery entryway that nods to the complicated legacies of some members:

Enshrinement into the National Baseball Hall of Fame reflects the perspective of voters at the time of election. The plaques on these walls recognize Members for their accomplishments in the game.

Our museum exhibits, Library archives and educational resources address the totality of their careers, as both part of a society and a game that always strives to improve.

The National Baseball Hall of Fame and Museum’s mission is to Preserve History, which is what we seek to do throughout the Museum.

There is precedent for revising the wording on a plaque, as the Hall did with Jackie Robinson’s in 2008. The original Robinson plaque included a boilerplate recitation of statistics, citing him as a four-time league leader in double plays by a second baseman but making no mention of integrating the major leagues, as his new plaque does.

In theory, the Hall could have also made new plaques for Landis or others like Thomas Yawkey, the longtime Boston Red Sox owner whose team was the last to integrate. Yawkey’s name was removed from the street outside Fenway Park in 2017, and the Baseball Writers’ Association of America removed Landis’s name from the Most Valuable Player Award this year.

The hope in Cooperstown is that the new sign will help visitors understand that the gallery is an oasis to celebrate the good, while nudging them toward the library and museum for the fuller story. The board had no desire to revoke enshrinement for Landis or anyone else.

“I don’t feel in any context that one should expunge history, that one should erase history,” Clark said. “Part of our mission is not only to honor excellence and connect generations, but it’s to preserve the history of the game, and that’s what we’re doing: we’re reacting to the evolution of society and society wanting a deeper understanding of underlying racism — its causes, its history, and how it continues to affect the game.”

The Hall of Fame’s board voted in July to add the sign and make changes to the exhibit on Black players in baseball, which has been updated several times since its creation in the late 1970s. Its new title is “Ideals and Injustices” — the old name was “Pride and Passion” — and it refers to Landis as a “roadblock” to integration, who was disingenuous in passing off the issue to individual team owners.

“As the most powerful person in baseball, Landis had the greatest ability to effect change,” the display now says, “but his lack of overt action in promoting integration gave tacit approval to maintaining the status quo of a segregated system.”

Anson is also cited for having “used his stature to drive minorities from the game,” noting that Sol White, the Hall of Fame player-manager for the all-Black Philadelphia Giants, said that Anson “claimed he would never step on a field that also had a Black man on it.”

The exhibit also highlights Effa Manley, the only female member of the Hall of Fame, who co-owned the Newark Eagles of the Negro National League and established the precedent that major league teams would recognize Negro League contracts.

“She was exceptional,” Clark said. “I just find it a wonderful balance, because it’s not just that we’re looking at racists and Anson and Landis, we’re also looking at somebody who did something so positive.”

Manley and White were among 17 figures — all deceased — from the Negro Leagues elected to the Hall in 2006, the culmination of a five-year study funded by Major League Baseball. The vote was perhaps best known for the discouraging exclusion of the revered Buck O’Neil, a former player who was the first Black coach in M.L.B.

O’Neil spoke at the 2006 ceremony, and a lifetime achievement award at the Hall now bears his name. But failing to actually vote him in came off as clumsy at best and cruel at worst, like the initial plan in 1971 to recognize Satchel Paige in a separate section of the museum but not to give him full status as a Hall of Famer.

Paige, the first player inducted mostly for his work in the Negro Leagues, was granted full membership in the Hall a month before his ceremony. The Negro Leagues themselves were not formally considered major leagues until just last week, when Major League Baseball announced that it had reclassified seven distinct leagues as official major leagues.

For his part, Smith has been among the more visible and active Hall of Famers, with an abiding interest in the game’s history; he funds an annual internship in Cooperstown for a student from his alma mater, Cal Poly San Luis Obispo. Smith said he was not bothered by sharing space in the plaque gallery with racists from baseball’s past.

“It’s not an uncomfortable feeling, because as a Black ballplayer, it’s part of our life, the fact that there’s been discrimination forever,” he said. “I think as long as you understand that going in, you try not to let that shape or mold how you look at people. But it’s a fact of life, and it’s kind of what we’re doing at the Hall of Fame — the museum is about history, the good and the bad.”

Smith said he missed visiting Cooperstown this year, with the induction ceremonies for Derek Jeter, Larry Walker, Ted Simmons and Marvin Miller canceled because of the pandemic. The tentative plan is to induct them in 2021, along with any others elected in January.

But the idea of legions of Jeter fans squeezing into a small New York village next summer is still somewhat hard to imagine. Clark said the Hall had expected about 300,000 total visitors this year but would likely have only 50,000 or so by the end of December as the pandemic continues.

“If we do have 100,000 people pitch up in the middle of a field in upstate New York, I think the governor would be quite upset,” Clark said, laughing softly. “So we’re working our way through this.” 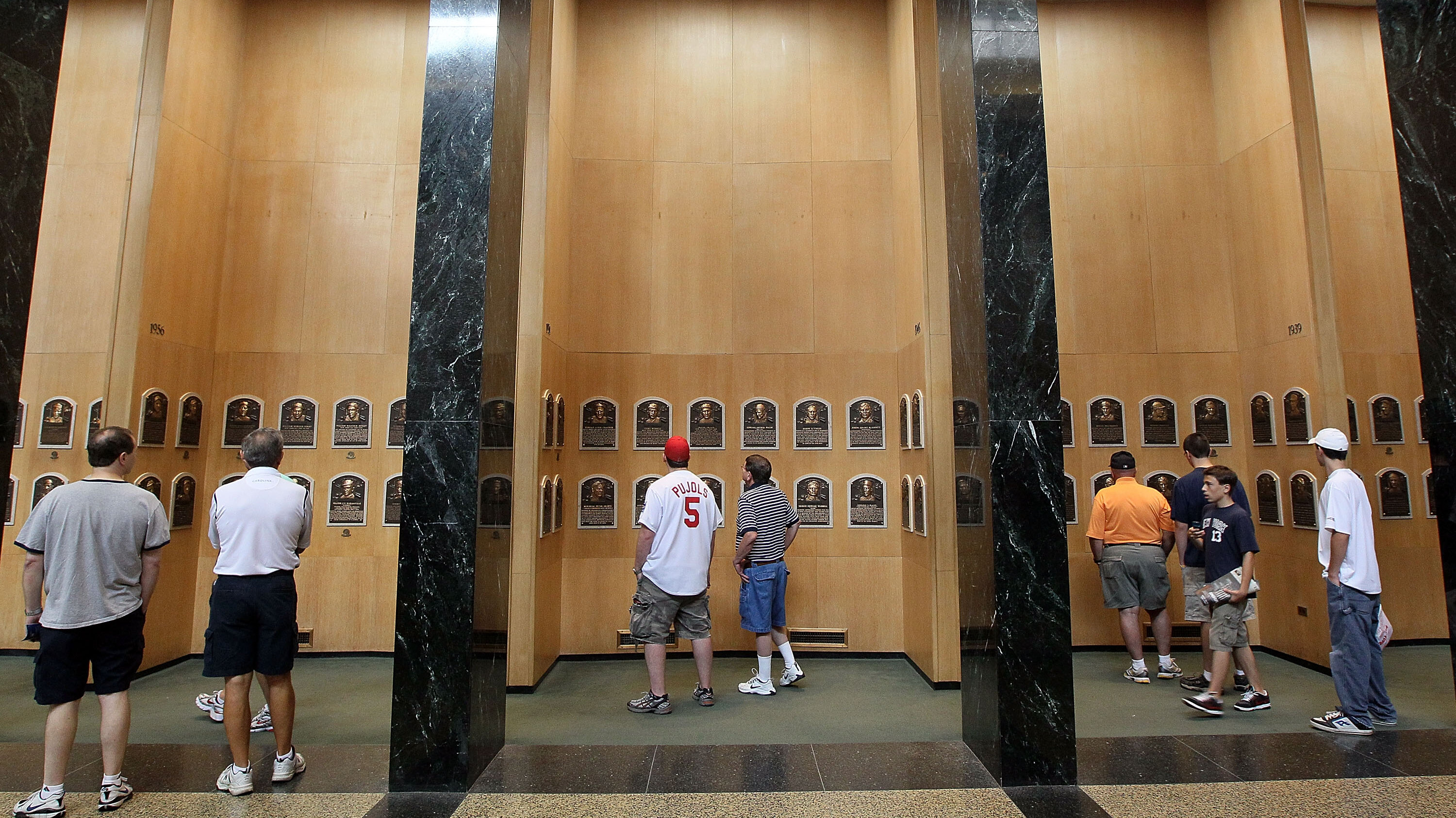