ORLANDO, Fla. — As he does with the accessories in his golf bag, Tiger Woods neatly arranges his life in tidy compartments. His life as a high-profile golfer goes in one slot, his family goes in another and, like his favored chunky peanut butter and banana sandwiches and the rest of his luggage, he’d prefer to keep it all separated.

When Woods made an exception this week, teaming up with his 11-year-old son, Charlie, at the PNC Championship, the results were perhaps predictably distinct.

Charlie had a blast and Woods was a nervous wreck.

The dynamic duo, as they were described by breathless television announcers, finished seventh at 20-under, five strokes behind the winning team of Justin Thomas and his father, Mike, who were grouped with the Woodses in the first round.

But as far as Tiger Woods was concerned, this was one event where success was all about the details, not the digits.

“I’m just making sure Charlie has the time of his life,” he said on Saturday.

Woods’s father, Earl, who died in 2006, possessed a pride in his child’s precociousness with a golf club that led to Woods, 44, making his first television appearances and submitting to his first interviews before he started kindergarten.

Because of Woods’s accomplishments, which include 15 major titles, Charlie has also grown up in the spotlight, widely photographed and gawked at since birth. Over the past year, as his interests have shifted from soccer to golf, his swing has been scrutinized on the internet as if it contained the meaning of life.

“This is a different world that we live in now,” Woods conceded. “Everyone has a phone, everyone has an opportunity to video, he’s been out there.”

But it’s one thing to exist in a fishbowl and quite another to be dropped into the shark tank of a 36-hole televised competition featuring 20 teams in which major winners or Players champions are paired with family members in a scramble format.

With Tiger and his cub in the mix, the low-key event became a major production, eclipsing the L.P.G.A.’s tour championship, held roughly 200 miles — and a distant universe of hype — away and won by the women’s world No. 1, Jin Young Ko. More than 200 people and multiple television cameras were gathered around the first tee to watch Charlie’s opening shot Saturday.

“A lot of people are trying to use him to build up, or write or talk about things,” Woods said. “Just making sure he’s able to have fun playing the game of golf.”

Woods insisted that Charlie be excused from media interviews throughout the week. When he met with reporters, Tiger Woods’s usual facility with words escaped him. Many of his thoughts trailed off.

“I’m trying to make sure Charlie has the right environment, that he’s sheltered and away from this,” Woods said Saturday while addressing a small group of reporters. “I do all of this so he can practice and play and enjoy the golf side of it.”

On one hole during the first round, Woods spoke with Justin Thomas about how excruciating it was to want so badly for Charlie to play well but to be helpless to do anything but watch.

Tiger Woods need not have fretted. Charlie, playing from forward tees set up for him and the octogenarians Gary Player, 85, and Lee Trevino, 81, split the fairway with most of his drives and often placed his approaches inside his father’s efforts.

The opening round featured Charlie’s first-ever eagle on a par-5, which he took in stride until his excited dad squeezed a bashful smile out of him with a bear hug.

“He hit some of the most incredible golf shots,” Woods said.

In introducing the golf world to his son, Woods revealed the man behind the golfing machine. Woods, an 82-time PGA Tour winner who says he competes to win, repeatedly used the word “perfect” on Saturday to describe a round that ended with the Woodses trailing by four strokes.

Woods can bore holes in his competitors’ games with a glare, but a few times over the weekend his eyes pooled with emotion as he talked about the father-and-son bonding opportunity the tournament provided.

From his mannerisms to his mechanics, Charlie came across as a miniature version of his father. He seemed comfortable in the company of adults and well-schooled in golf’s etiquette, walking to every tee box with the club he was going to use in one hand and his teed ball in the other. He stayed out of the way when it wasn’t his turn and wasted no time hitting once over the ball.

Tiger Woods, who said he constantly emphasizes having fun on the course and being “respectful,” beamed at the mention of Charlie’s good manners and said he had to share any credit with his ex-wife, Elin Nordegren, who showed up Sunday with their daughter Sam to watch Charlie play.

Neither Thomas nor Woods expressed surprise at the quality shots that Charlie consistently produced. They’d seen them all when they practiced and played alongside him during the months when the tour was shut down because of the coronavirus pandemic.

“I knew he was going to wow a lot of people,” Thomas said, adding, “The kid’s a gamer, he’s a grinder, he’s competitive.”

Every afternoon when he was finished playing 18 holes, Charlie made a beeline for the range to hit more balls. During one post-round session, the children of another major winner were on the range not far from him. As they twirled and tossed their clubs like they were batons and cried out to get their parents’ attention, Charlie was a few yards away, quietly and methodically working his way through a bag of balls.

The retired L.P.G.A. star Annika Sorenstam, a 10-time major winner, noticed that her 9-year-old son seemed enamored of Charlie and more enthusiastic about the game after watching him play.

“When you see somebody your age and your size do what Charlie’s doing, it’s a little more inspiring to see what you can do,” Sorenstam said.

Trevino crossed paths with Woods before the first round. “Now you know how your father felt,” he said he told him. 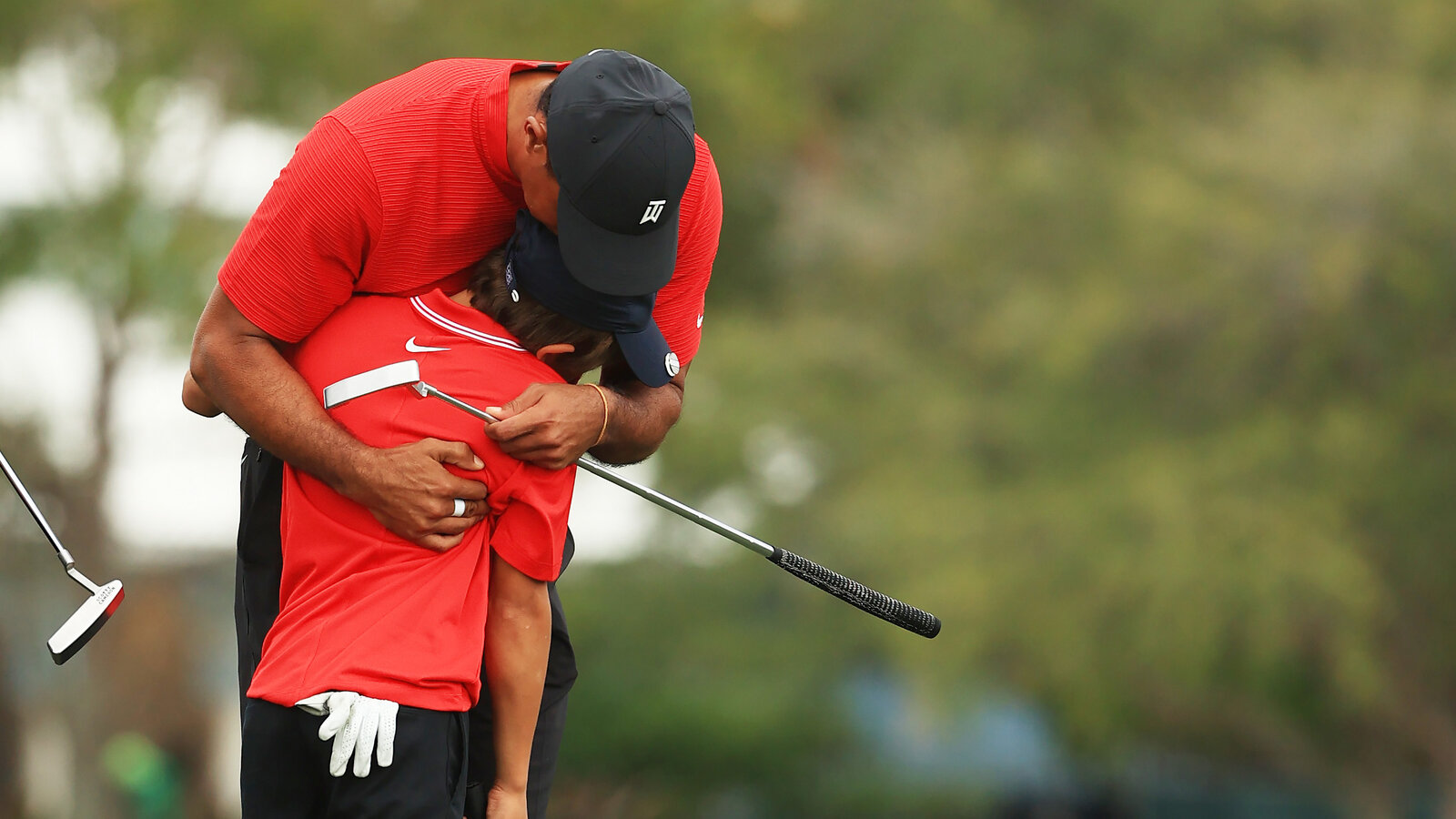 Curtis Eichenberger exits the water at Lake Huron's Georgian Bay.The World Through a LensSurf's Up. The Temperature Isn't.Growing numbers of surfers are taking to...
Read more
Load more