A Choir Tries to Keep Its Christmas Tradition Alive

CAMBRIDGE, England — On a recent evening, the 16 boys and 14 men of the Choir of King’s College, Cambridge, stood in the gothic chapel where they perform, spread out in the flickering candlelight.

A few of the choristers gazed at the vaulted ceiling about 80 feet above them. Then Daniel Hyde, the choir’s music director, signaled that he was ready to begin, and all slipped off the masks they had been wearing to sing “I Saw Three Ships,” a sprightly carol that will be heard by about 100 million people on Thursday.

Each Christmas Eve, the choir’s “Festival of Nine Lessons and Carols” is broadcast live on radio stations worldwide, including about 450 in the United States. (A separate service, “Carols from King’s,” recorded weeks in advance, is shown on BBC television in Britain.)

In their rehearsal, the boys’ voices soared and echoed off the chapel’s walls. But moments later, Mr. Hyde brought the singers to an abrupt stop. “A bit lighter, a bit more flavor,” he said, and signaled for everyone to start again.

The choir is one of the world’s most famous, made up of boys age 9 to 13 who attend King’s College school in the city, along with adult students from the University of Cambridge.

In a typical year, the choir performs in religious services in the college chapel several times a week and tours worldwide. It has sung the Christmas Eve carol service every year since 1918, and the event has become a cherished holiday tradition.

The choir continued singing “I Saw Three Ships” for about 15 minutes, pausing now and again so Mr. Hyde could give feedback and fine-tune the sound. Although it seemed like an ordinary choir rehearsal, there was more at stake. Microphones in the chapel were ready to record everything in case a coronavirus outbreak — or another government lockdown, as has since been introduced in London and most of England’s southeast — stopped them from singing live on Christmas Eve.

Mr. Hyde reminded them of the evening’s importance several times. “We want people at home to be on the edge of their seats,” he said before one take.

“Let’s hope grandma doesn’t fall off hers,” he added.

This year, because of the pandemic, the choir hasn’t performed in public since March, when the coronavirus stopped group singing almost entirely in Europe. Scientists warned that choristers risked spreading the disease via airborne droplets, even in small groups.

The safety of group singing has been in question ever since, especially after outbreaks were traced to choir practices worldwide.

“There was one point this summer when I thought singing wouldn’t be possible until there was a vaccine,” Mr. Hyde said in an interview after the rehearsal.

The picture improved this fall when scientists and governments issued guidelines advising how choirs could rehearse safely indoors. Most required singers to be spaced at least six feet apart, use large well-ventilated spaces and limit rehearsal times.

But such measures have not stopped coronavirus outbreaks. On Nov. 28, a member of the Danish National Concert Choir in Copenhagen tested positive for the coronavirus, and soon 44 other members followed. At the start of this month, 19 members of the Gothenburg Opera Chorus in Sweden tested positive after the ensemble met for two rehearsals.

Unlike in Denmark and Sweden, scientists in the United States have also recommend that choristers wear masks.

Mr. Hyde said the first step toward bringing the King’s College choir back together had been to rehearse via Zoom. That was “tedious,” he said: Time delays on the video platform meant being able to listen to only one singer at a time.

In June, some of the choir’s younger members returned to in-person rehearsals when their school reopened, but they had to wear visors as a safety precaution.

“It was so difficult,” said one of them, Rufus Balch, 10. “The sound was just bouncing off the visor back into you,” he added. “You thought you were really loud, but you weren’t!”

The full choir of adults and boys came together again for the first time in October, and since then has been rehearsing five times a week in the empty chapel, with a host of new rules.

The singers arrive at rehearsals at different times to limit mixing, and the two groups stand at least six feet apart from each other when singing. The public has not been allowed into the chapel, so the choir has effectively stopped performing its religious role. Instead it has worked, then worked some more, toward the Christmas Eve service.

In interviews, six choir members said the hardest thing about the new rules was the social distancing, which meant they heard one another a fraction of a second later than usual in the chapel’s famously resonant acoustic. “It very much feels like you’re singing a solo a lot of the time, which is slightly daunting,” said Jacob Partington, 21.

“You just have to keep telling yourself we are incredibly lucky to be doing this at all,” added Owen Elsley, 27.

Extra measures were taken to keep the adult members safe from the virus, Mr. Elsley added. They took weekly coronavirus tests, and nine of the 14 moved into a large house together to lessen contacts with others.

“There is always that niggling little thought in the back of your mind that if one person goes down, then all of us go down,” Mr. Elsley said. “But nothing’s happened yet.”

Four days after the interview, though, on Dec. 8, two members of the house tested positive for coronavirus, and all of the men were pulled from a recording of the carol service for BBC television. The King’s Singers, a vocal ensemble formed by former members of the choir, was called up as a replacement.

That meant Mr. Elsley’s only hope of performing this winter would be the Christmas Eve live broadcast — if that went ahead.

At the early December recording, everyone was hopeful about getting to perform. About 40 minutes into the session, the choir turned to “In?Dulci Jubilo,” in a version that mixed English and Latin verse.

Mr. Hyde shushed the choristers, and a red light came on to show that the microphones were recording. The choir launched into the lilting carol, which sounded bright and joyful, but to Mr. Hyde’s ears there were problems. After he gave instructions to correct a few phrases, they tried another time.

When the last chord ended, the singers’ voices reverberated beautifully around the chapel: a perfect Christmas sound, with no audience to hear it.

Later, he said he thought the recording had been successful, but he hoped it would never be heard, because the choir would perform live on Christmas Eve instead. “Let’s hope we can just keep it in a drawer,” he said.

He didn’t get his wish. On Dec. 18, with coronavirus cases soaring in Britain and rumors circulating that a new lockdown was imminent, the choir canceled the live broadcast. It decided it just couldn’t risk going ahead and contributing to the growth of the pandemic.

This year, listeners around the world on Christmas Eve will hear the December recording instead. Mr. Hyde said in a telephone interview after the decision that he had heard the recording and he was sure it would keep listeners on the edge of their seats.

“I feel lucky we had the foresight to make it,” he said. “Given the year we’ve all had, I hope people will feel a special connection.” 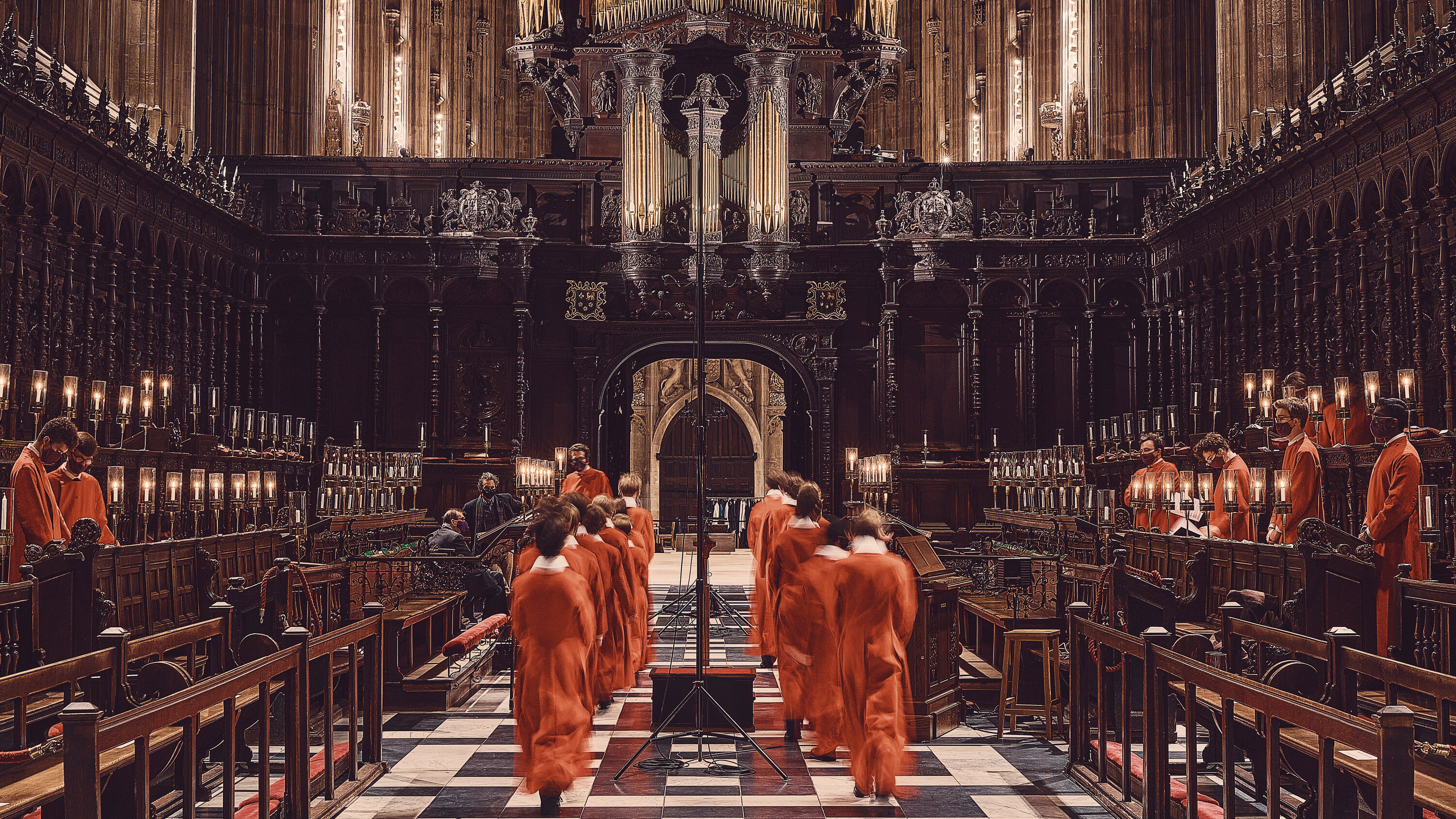