Home Sport Jets' First Win May Cost Them the No. 1 Pick
Sport

Jets’ First Win May Cost Them the No. 1 Pick

The Jets did the seemingly unthinkable on Sunday. They won.

In perhaps the biggest upset of the season, the formerly winless Jets (1-13) knocked off the Los Angeles Rams (9-5) in convincing fashion, building a 17-point lead in the third quarter and then holding off the Rams’ high-powered offense to win their first game of the season, 23-20, in Inglewood, Calif.

The Jets’ victory, their first since the final week of last season, came after a tumultuous 2020 campaign that has seen the team juggle quarterbacks, fire their defensive coordinator and fend off calls for Coach Adam Gase to be sent packing. Amid all the misery, including the league’s worst offense, Jets fans took solace in the possibility that a winless season could secure the first pick in the N.F.L. draft next spring. Now that is in doubt.

In beating the Rams, the Jets fell behind in the race for the top pick in next year’s draft, something that will leave their win-starved fans with mixed feelings. The Jacksonville Jaguars, who lost to the Baltimore Ravens by 26 points on Sunday and are also 1-13, would hold the tiebreaker in the draft over the Jets if the teams end the season with the same record. It is a nightmare scenario for Jets fans who have tried to find a silver lining in all the losing.

Given their knack for blowing winnable games, the Jets’ victory on Sunday was as improbable as any this season. The Rams, who are battling the Seattle Seahawks for the N.F.C. West crown, were 17-point favorites playing on their home field. The Jets were blown out by the Seahawks last week in Seattle, and had to crisscross the country this week. At least on paper, they should have been exhausted.

But the Jets scored on their first drives of the first and second halves and held a 13-3 lead at halftime. The Jets’ offense wasn’t flashy and seemed mostly intent on not making mistakes. Jets quarterback Sam Darnold shook off early jitters, completing 22 of 31 passes for 207 yards and one touchdown, and led the Jets on three drives of 10 or more plays to use big chunks of the clock and keep the Rams’ offense off the field.

“It means the world to us to come in here, back-to-back West Coast trips, we weren’t able to stay on the West Coast because of Covid,” Darnold said after the game. “We did our jobs this week.”

The Jets became the first winless team in N.F.L. history to win on the road against an opponent with nine or more victories.

Other winless teams won their first games even later in the season than the Jets did; most recently the 2016 Cleveland Browns notched their first (and only) win in their 15th game.

The Jets have had scrapes with victory recently. Two weeks ago, they lost to the Las Vegas Raiders on the second-to-last play of the game. But on Sunday, they played not like a team tanking to get the first pick in next year’s draft — as some desperate Jets fans were banking on — but like a young team that finally didn’t hurt itself.

The Jets were 7 of 17 on third downs, running back Frank Gore ran the ball 23 times for 59 yards and one score, and wide receiver Jamison Crowder caught six passes for 66 yards.

Earlier in the quarter, J.T. Hassell blocked a Rams punt that led to another Jets field goal.

On the final drive of the game, with the Rams out of timeouts, Darnold withstood a fierce pass rush and completed a 6-yard pass to Gore for a first down. After the two-minute warning, the Jets did something they hadn’t done since last season: The offense lined up in the victory formation and Darnold took a knee three times to run out the clock and seal the win.

But the Jets being the Jets, they worried that they might still fail to salt away the game.

“I don’t think I paid attention to the victory formations as much as I did this game because I was just making sure we were good, didn’t want anything going on,” Gase said after the game. “It’s been a while since we’ve been in that.” 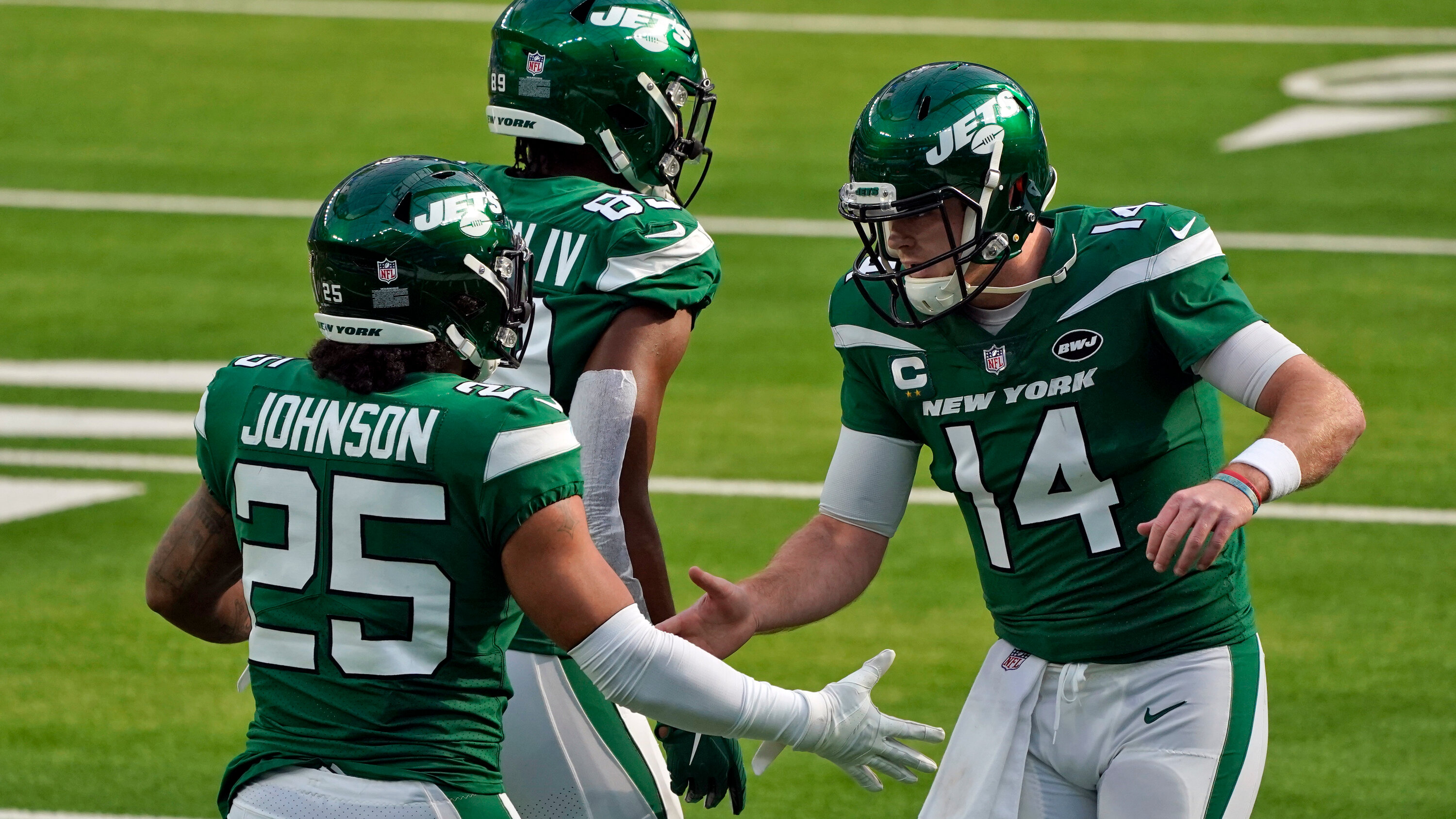