When Dr. Juan Aviles went to school in Puerto Rico, teachers taught him that the original people of the island, the Taino, vanished soon after Spain colonized it. Violence, disease and forced labor wiped them out, destroying their culture and language, the teachers said, and the colonizers repopulated the island with enslaved people, including Indigenous people from Central and South America and Africans.

But at home, Dr. Aviles heard another story. His grandmother would tell him that they were descended from Taino ancestors and that some of the words they used also descended from the Taino language.

“But, you know, my grandmother had to drop out of school at second grade, so I didn’t trust her initially,” said Dr. Aviles, now a physician in Goldsboro, N.C.

Dr. Aviles, who studied genetics in graduate school, has become active in using it to help connect people in the Caribbean with their genealogical history. And recent research in the field has led him to recognize that his grandmother was onto something.

A study published Wednesday in the journal Nature, for example, shows that, on average, about 14 percent of people’s ancestry in Puerto Rico can be traced back to the Taino. In Cuba it is about four percent while in the Dominican Republic it is more like six percent.

These results, and others like them based on DNA found in ancient Caribbean skeletons, are providing new insights into the history of the region. They show, for example, that the Caribbean islands were populated in two distinct waves from the mainland and that the human population of the islands was also smaller than once believed. But those living on the islands before colonial contact were not fully extinguished; millions of people living today inherited their DNA, along with traces of their traditions and languages.

Before the advent of Caribbean genetic studies, archaeologists provided most of the clues about the origins of people in the region. The first human residents of the Caribbean appear to have lived mostly as hunter-gatherers, catching game on the islands and fishing at sea while also maintaining small gardens of crops.

Archaeologists have discovered a few burials of those ancient people. Starting in the early 2000s, geneticists managed to fish out a few tiny bits of preserved DNA in their bones. Significant advances in recent years have made it possible to pull entire genomes from ancient skeletons.

“We went from zero full genomes two years ago to over 200 now,” said Maria Nieves-Colon, an anthropological geneticist at the University of Minnesota who was not involved in the new study.

The genes of the oldest known residents of the Caribbean link them with the earliest populations that settled in Central and South America.

“It’s a Native American population, of course, but it’s a very distinctive deep lineage,” said David Reich, a co-author of the study and a geneticist at Harvard Medical School.

But it’s not yet clear exactly from where on the mainland those early Indigenous Americans set sail in dugout canoes to reach the Caribbean islands.

“I don’t think we’re as close as we thought we’d be to an answer,” said Dr. Nieves-Colon, a co-author of another large-scale genetic study in July.

About 2,500 years ago, the archaeological record shows, there was a drastic shift in the cultural life of the Caribbean. People started living in bigger settlements, intensively farming crops like maize and sweet potatoes. Their pottery became more sophisticated and elaborate. For archaeologists, the change indicates the end of what they call the Archaic Age and the start of a Ceramic Age.

Dr. Nieves-Colon and other researchers have found that the DNA of Caribbean islanders also shifted at the same time. The skeletons from the Ceramic Age largely shared a new genetic signature. Their DNA links them to small tribes still living today in Colombia and Venezuela.

It’s possible that the migrants from the Caribbean coast of South America brought with them the languages that were still being spoken when Columbus arrived 2,000 years later. We don’t know a lot about these languages, although some words have managed to survive. Hurricane, for example, comes from hurakan, the Taino name for the god of storms.

These words bear a striking resemblance to words from a family of languages in South America called Arawak. The DNA of the Ceramic Age Caribbeans most closely resembles that of living Arawak speakers.

In the Ceramic Age record, it becomes hard to find people with much Archaic ancestry. They seem to have survived in a few places, like western Cuba, until they vanished about 1,000 years ago. The people bearing Ceramic Age ancestry came to dominate the Caribbean, with almost no interbreeding between the two groups.

“It seems like the Archaics were just overwhelmed by the Ceramics,” said William Keegan, an archaeologist at the Florida Museum of Natural History and a co-author of the new study.

Dr. Keegan, who has been studying Caribbean archaeology for over three decades, said the new DNA findings had surprised him in many ways, giving him a host of new questions to investigate.

Over the course of the Ceramic Age, for example, strikingly new pottery styles emerged every few centuries. Researchers have long guessed that those shifts reflect the arrival of new groups of people in the islands. The ancient DNA doesn’t support that idea, though. There’s a genetic continuity through those drastic cultural changes. It appears that the same group of people in the Caribbean went through a series of major social changes that archaeologists have yet to explain.

Dr. Reich and his fellow geneticists also discovered family ties that spanned the Caribbean during the Ceramic Age. They found 19 pairs of people on different islands who shared identical segments of DNA — a sign that they were fairly close relatives. In one case, they found long-distance cousins from the Bahamas and Puerto Rico, separated by over 800 miles.

That finding flies in the face of influential theories from archaeology.

“The original idea was that people start in one place, they establish a colony someplace else, and then they just cut all ties to where they came from,” Dr. Keegan said. “But the genetic evidence is suggesting that these ties were maintained over a long period of time.”

Rather than being made up of isolated communities, in other words, the Caribbean was a busy, long-distance network that people regularly traveled by dugout canoe. “The water is like a highway,” Dr. Nieves-Colon said.

The genetic variations also allowed Dr. Reich and his colleague to estimate the size of the Caribbean society before European contact. Christopher Columbus’s brother Bartholomew sent letters back to Spain putting the figure in the millions. The DNA suggests that was an exaggeration: the genetic variations imply that the total population was as low as the tens of thousands.

Colonization delivered a huge shock to the Caribbean world, drastically changing its genetic profile. But the Ceramic Age people still managed to pass on their genes to future generations. And now, with a population of about 44 million people, the Caribbean may contain more Taino DNA than it did in 1491.

“Now we have this evidence to show that we weren’t extinct, we just mixed, and we’re still around,” said Dr. Aviles.

His fascination with the research on Caribbean DNA led him recently to help found the Council of Native Caribbean Heritage. The organization helps people find their own links to the Caribbean’s distant past. Dr. Aviles and his colleagues have consulted with Dr. Reich and other researchers, both to discuss the direction of the research and to use it to understand their own histories.

Dr. Aviles and his colleagues have uploaded the ancient Caribbean genomes to a genealogical database called GEDMatch. With the help of genealogists, people can compare their own DNA to the ancient genomes. They can see the matching stretches of genetic material that reveal their relatedness.

Sometimes Dr. Aviles imagines explaining all this to his late grandmother. “But first I would apologize for not believing her,” he said, “because she was spot on.” 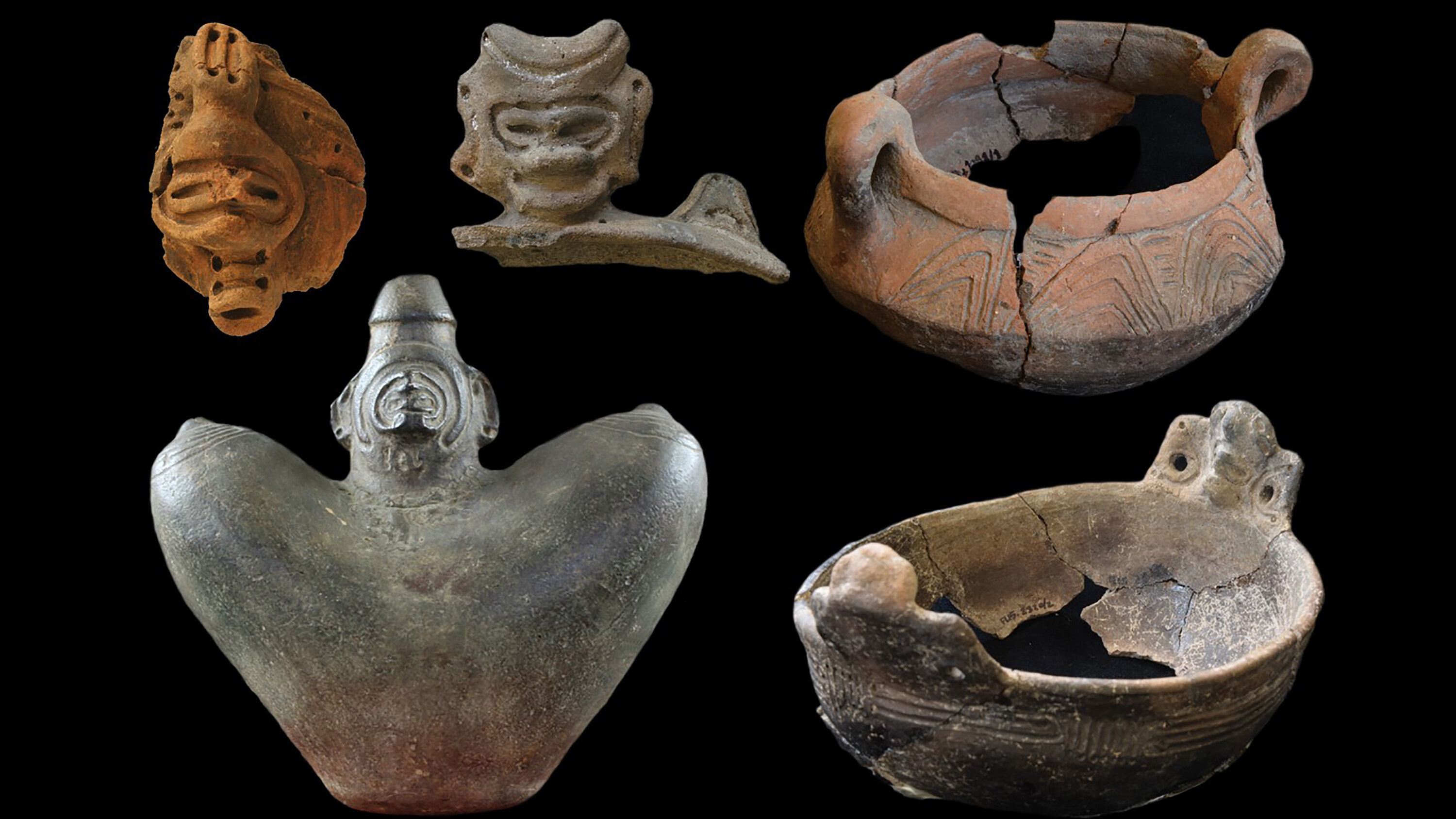