Family of U.S. Student Jailed for Quarantine Violation Pleads for Her Release

A panel of judges in the Cayman Islands on Tuesday cut the sentence of an American college student who violated the territory’s coronavirus laws to two months from four months after her lawyers argued that the punishment was too harsh.

A lawyer for the student, Skylar Mack, 18, and her boyfriend, Vanjae Ramgeet, 24, said they were sorry and asked for the forgiveness of the people of the Cayman Islands.

“Whilst it was our hope that Skylar would be able to return home to resume her studies in January, we accept the decision of the court and look forward to receiving its written reasons in due course,” the lawyer, Jonathon Hughes, said in a statement.

Her grandmother pleaded for an early release ahead of the hearing.

“She cries, she wants to come home,” Jeanne Mack, 68, said on NBC’s “Today” show on Monday. “She knows she made a mistake. She owns up to that, but she’s pretty hysterical right now.”

In late November, with her semester at Mercer University in Georgia complete, Ms. Mack flew to the Cayman Islands to watch Mr. Ramgeet compete in the islands’ Jet Ski racing national championship.

When she arrived, however, there was a problem.

She got there on a Friday; the championship was on Sunday. And the country’s laws required her to remain in her hotel room for 14 days.

To elude the restrictions, Ms. Mack, after receiving a negative coronavirus test, slipped an electronic monitoring bracelet from her wrist and escaped to a beach on Grand Cayman’s South Sound, where she saw Mr. Ramgeet win first place.

But the event organizers were notified that Ms. Mack may have been in breach of the rules and the police were called, her lawyer said. Ms. Mack was charged with leaving her home during the quarantine period, and Mr. Ramgeet was charged with aiding and abetting her.

“This was as flagrant a breach as could be imagined,” Justice Roger Chapple said in court during the sentencing, according to the Cayman Compass, a news website in the Cayman Islands. “It was born of selfishness and arrogance.”

The islands, a British territory of nearly 65,000 residents, had reported 316 coronavirus infections and two deaths, as of Monday, with no reported cases of local transmission since July. Only people who have been preauthorized to enter the Cayman Islands can travel there, and they must quarantine at home or in a government or private facility.

Upon arrival in the Cayman Islands, visitors receive an electronic smart wristband and are equipped with a cellphone with an app, called Stay Safe Cayman. Using the app, they must log where they are quarantining. Visitors cannot end quarantines until they can show negative results from tests taken on their 15th day on the island, government officials said

Ms. Mack’s relatives in suburban Atlanta pulled together letters from friends and family members attesting to her character in an effort to get the sentence overturned on appeal, Jeanne Mack said.

Jeanne Mack also wrote to President Trump for help. She received a response from the Office of Presidential Correspondence last week stating that her message had been forwarded “to the appropriate federal agency for further action.”

Eric Trump, the president’s son, said on Twitter on Tuesday that a four-month sentence was unfair. “This is infuriating,” he wrote. “Skylar is an 18 year old girl who left her hotel to watch her boyfriend compete in a jet ski competition… 4 months in jail?!”

Ms. Mack, a pre-med student and the daughter of Dennis Mack, a professional Jet Ski racer, and her family had no excuses for what happened, her grandmother said: What she did was wrong.

“I’ll do everything to get you home, and when I get you here, I’m going to kick your butt,” Jeanne Mack said. “We’re not saying, ‘poor, innocent Skylar.’ We’re simply saying the punishment does not meet the crime.”

Skylar Mack and Mr. Ramgeet pleaded guilty to breaking the quarantine rules and were initially sentenced to 40 hours of community service and were fined 2,600 Cayman Islands dollars (about $3,100). But the punishment was increased last week after the prosecutor appealed, saying the initial sentences were “unduly lenient and wrong in principle.”

Justice Chapple said in court last week that “the gravity of the breach was such that the only appropriate sentence would have been one of immediate imprisonment,” the Cayman Compass reported. 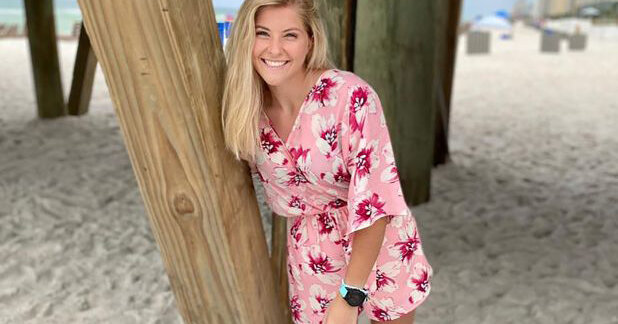