For the European Union, It’s a Pretty Good Deal

BRUSSELS — The European Union emerges from fraught negotiations with Britain over its exit from the bloc with a sense of satisfaction — that it has maintained its unity and its core principles, especially the integrity of the single market of now 450 million consumers that is the foundation of its influence.

And it is now looking ahead to its life without Britain.

Ursula von der Leyen, the trilingual German who is the head of the European Commission, the bloc’s powerful bureaucracy, emerged from the wrangling with her political profile and reputation enhanced.

Normally at the end of a negotiation she felt joy, Ms. von der Leyen said on Thursday evening. But today, she said, “I only feel quiet satisfaction and, frankly speaking, relief.”

It was time “to look to the future,” she said. “It is time to leave Brexit behind. Our future is made in Europe.”

It has been a satisfying end to a difficult year for Ms. von der Leyen and the European Union as a whole. The bloc was buffeted by serious challenges ranging from the pandemic to securing a new seven-year budget and a sizable virus recovery fund to help those countries most badly hit. That fund embodies a collective European debt for the first time.

The E.U. also has had to cope with internal challenges to the rule of law and continuing antagonism from President Trump; craft a tougher stance toward China and Turkey; agree on sanctions against Belarus; try to find a coherent response to calls for strategic autonomy and more European defense; come together on climate goals; and prepare positions for the administration of President-elect Joseph R. Biden Jr.

Compared with many of those issues, Brexit was always a “third-order problem,” said Guntram Wolff, director of Bruegel, a Brussels research institution.

Still, he said, “the deal is quite an achievement,” one that he and many others had thought unlikely even a week ago.

But Chancellor Angela Merkel of Germany, whose country holds the revolving presidency of the bloc until the end of the year, “really wanted a deal,” Mr. Wolff said. The Germans, with Europe and NATO as core national interests, see Britain as too close, too big and too important to be allowed to drift away without one.

Ms. von der Leyen, who had served in Ms. Merkel’s cabinets and is close to her, and who got this job at the instigation of President Emmanuel Macron of France, was ideally situated to do the final compromises — checking back with European capitals — that have finally produced a deal.

“I’m sure the Germans made their desires clear” to Ms. von der Leyen, Mr. Wolff said. “But you need the president of the commission to directly call the Elysee and the Chancellery and do the deal.”

The final deal is a free-trade agreement that recognizes Britain’s desire to leave the single market and the customs union while preserving tariff-free, quota-free trade in goods with the European Union.

To that end, Britain agreed to a mechanism, with arbitration and possible tariffs for violations, that would keep its regulations and subsidies roughly in line with those of Brussels, to prevent unfair competition. But the deal will require inspections of goods to prevent smuggling, especially of live animals.

The deal also covers many mundane but crucial matters of visas, health insurance, and air, rail and road travel. It treats Northern Ireland, which is part of the United Kingdom, as within the E.U. customs area to prevent the need for a hard border on the island, but requires some checks on goods going from Britain to Northern Ireland.

And the deal reallocates fishing areas and quotas, given that Britain is now an independent coastal state.

Real power in the European Union rests with the member states, but they authorized the commission and the chief negotiator, Michel Barnier, to hammer out the complicated treaty while laying down their red lines.

Mr. Barnier, working with a varied series of counterparts as British governments changed, brought the member states together. By constantly briefing them and the European Parliament, he managed to keep the bloc unified despite British efforts to deal directly with various capitals.

When the hardest political decisions had to be made, the British prime minister had to speak to Ms. von der Leyen. Though their relationship is cool — she seems vaccinated against the shambling charm of Mr. Johnson — she delivered.

If Henry Kissinger used to complain that the European Union had no phone number to call, the Lisbon Treaty, which went into force 11 years ago, did much to clarify matters and to personalize the bloc into three presidents — Charles Michel of the European Council of member states and David Sassoli of the European Parliament, as well as Ms. von der Leyen.

In the end, this is a narrow free-trade deal, but one that grants Britain more trading rights within the European Union than any other third country. But it does create a lot of paperwork and delays and does not include services, which make up some 80 percent of the British economy.

But the deal lays the groundwork for more talks and better relations. Denis MacShane, a former Europe minister for Britain, calls this “Brexiternity,” given the many years of talking still to come.

Ms. von der Leyen’s tenure began rockily, with a concentration on migration as the virus took hold in Europe and began to paralyze movement of goods and people, even within the Schengen zone of free movement. Health was never a central competence of Brussels, left to the states, and Ms. von der Leyen and the commission often seemed at a loss.

She was also criticized for being too aloof, for working with too small a coterie of advisers and for engaging a private company to improve her public relations.

But greatly aided by her close relationship with the German and French leaders, she pulled the commission together to improve the movement of goods and people, and to organize collective purchases of personal protective equipment and then of possible vaccines, at a favorable price.

She also basked in the glow of the German-French compromise that finally allowed collective debt to be created for the virus recovery fund. It also led just this month to agreement on the seven-year budget, the fund and the ability to condition some future spending on adherence by member states — Hungary and Poland in particular — to the rule of law.

There was also agreement in long discussions over climate goals, to more realistically hope to become carbon neutral by 2050. Much of that groundwork had been done by the commission.

As usual with the E.U.’s 27 member states, the victories are hard-fought and not always easily explained. But a Brexit deal was either going to be done by the end of the year or not. And Ms. von der Leyen delivered.

“Does that mean that she has become a strong commission president?” Mr. Wolff, the Bruegel analyst, said. “I’m not sure I would go so far. But this was important, it was delivered, and it would have been a mess if it had not been delivered, and European citizens would not have understood a failure on top of the economic damage already done by the virus.” 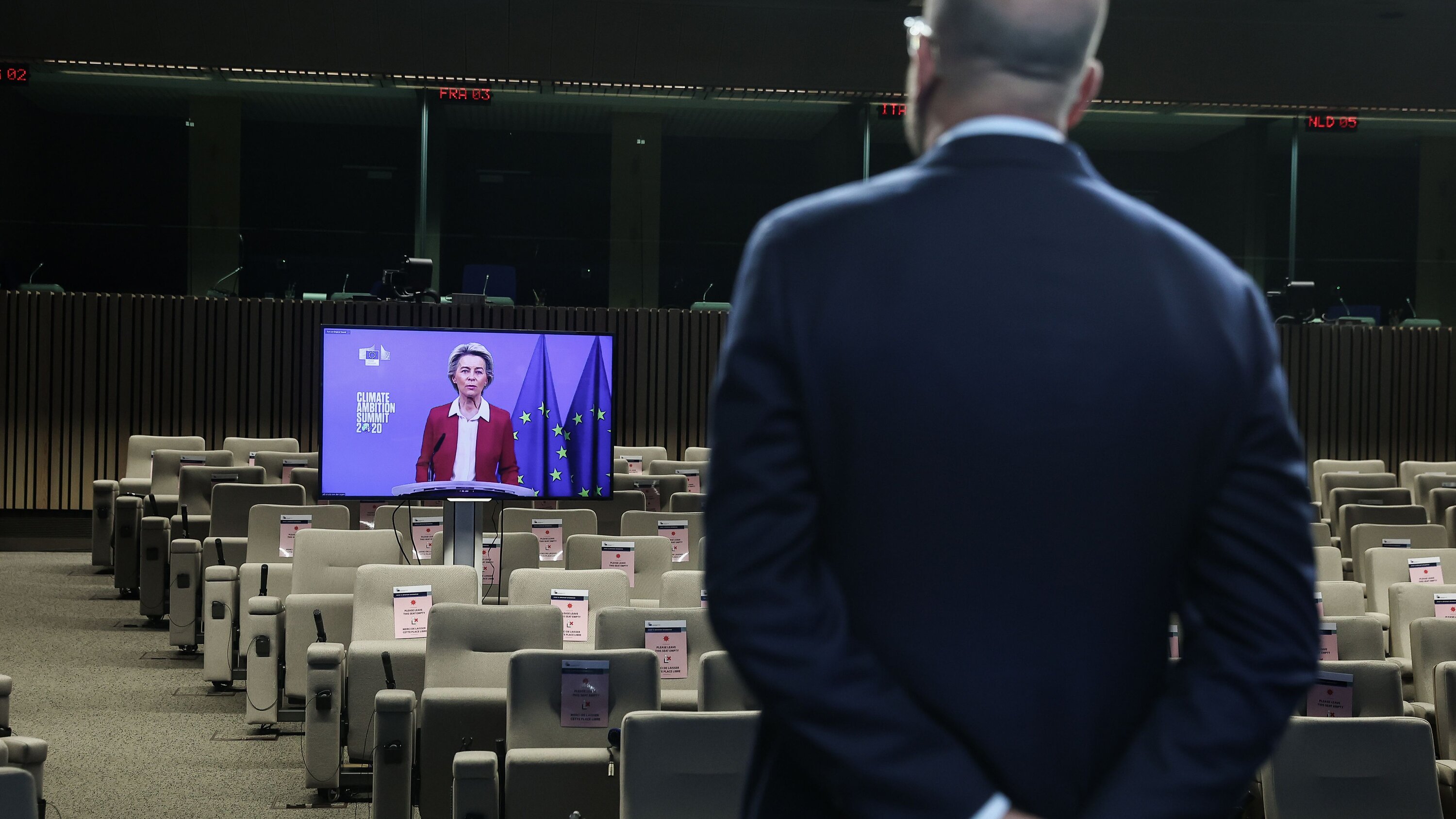