WASHINGTON — The Trump administration is considering a request to grant Crown Prince Mohammed bin Salman of Saudi Arabia immunity from a federal lawsuit that accuses him of trying to kill a former Saudi intelligence official living in Canada, legal documents related to the case show.

If the request is granted, the State Department’s recommendation could potentially provide a legal basis to dismiss other cases against the prince, most notably one where he is accused of directing the assassination of the Saudi dissident Jamal Khashoggi in 2018, a person familiar with the case said.

The immunity request stems from a case involving Saad Aljabri, a former top aide in the Saudi Interior Ministry, who in August publicly accused Prince Mohammed of sending a team of agents to Canada to kill him. His lawsuit offered little evidence to back up his claims.

State Department officials last month gave lawyers for Mr. Aljabri a questionnaire asking for their legal views on Saudi Arabia’s request to grant the prince immunity against claims made in the lawsuit, documents show.

It is unclear whether the State Department will suggest that immunity be granted in this case or whether a decision will be made before Jan. 20, when President Trump, who has publicly supported Prince Mohammed, leaves office.

A representative for the State Department declined to comment, citing protocol to not discuss pending litigation. Lawyers for Mr. Aljabri also declined to comment. Saudi officials in Washington did not return a request for comment. The deliberations about whether to recommend immunity were reported earlier by The Washington Post.

Since taking office, Mr. Trump has been a forceful advocate of Saudi Arabia: He has applauded the country’s involvement in the blockade of Qatar in 2017; vetoed a bipartisan resolution that would have ended American support for the war in Yemen; and dismissed evidence suggesting that Prince Mohammed ordered Mr. Khashoggi’s killing and dismemberment to preserve billions of dollars in American weapon sales to Saudi Arabia.

If the discussions about whether to recommend immunity for Prince Mohammed extend to President-elect Joseph R. Biden Jr.’s administration, it is unclear how the State Department would consider such a request.

Mr. Biden has been vocal in his criticism of Saudi Arabia. He has vowed to end support for the war in Yemen and has said that the United States would “never again check its principles at the door just to buy oil or sell weapons.”

Khalid Aljabri, Mr. Aljabri’s son and a cardiologist in Canada, said in an interview that he was worried that Mr. Trump’s State Department would politicize any decision over granting Prince Mohammed immunity. He said he was concerned that the prince might feel unfettered in seeking revenge against political opponents if the immunity request were granted.

“It’s a really dangerous thing,” said Khalid Aljabri, 36. “It will be the equivalent of giving a U.S.-issued license to kill.”

In a lawsuit filed in the United States District Court for the District of Columbia, Mr. Aljabri said that Prince Mohammed had tried to kill or silence him so he could not undermine the prince’s relationship with the Trump administration.

The lawsuit says that Saudi operatives tried to target Mr. Aljabri in Canada less than two weeks before a separate team of Saudi agents killed and dismembered Mr. Khashoggi in the Saudi Consulate in Istanbul. American intelligence officials have said that Prince Mohammed most likely ordered the killing. The prince has said that he had no prior knowledge of the operation targeting Mr. Khashoggi.

In 2017, Saudi Arabia filed a notice through Interpol, the international police organization, asking other nations to arrest and extradite Mr. Aljabri to the kingdom on corruption charges. In July, The Wall Street Journal reported that Mr. Aljabri was involved in a large-scale corruption scheme to enrich himself and others.

In October, Saudi Arabia asked the State Department to recommend that Prince Mohammed receive immunity in the case brought forward by Mr. Aljabri. In many cases, international law does allow for heads of state and diplomats to receive immunity based on their status or conduct while in office, legal experts said.

It is unclear what argument Saudi officials may have made to the State Department to ask that Prince Mohammed be granted immunity. Individuals familiar with Mr. Aljabri’s case said they believed Saudi officials were asserting that the prince was the de facto ruler of the kingdom and therefore should be entitled to such protection. Legal experts are not so sure.

“To my knowledge, M.B.S. does not currently occupy one of those positions,” said Chimene I. Keitner, a professor at the University of California, Hastings College of the Law. “It would be an innovation for the State Department to extend status-based immunity beyond that group.”

In addition to the case brought forward by Mr. Aljabri, Prince Mohammed is the subject of a lawsuit by Mr. Khashoggi’s fiancee for his alleged role in the dissident writer’s killing. Ghada Oueiss, an Al Jazeera news anchor, has also filed a lawsuit against the crown princes of Saudi Arabia and the United Arab Emirates, among others, saying she is the target of a hacking operation because of her news reports critical of human rights abuses in the Middle East.

According to legal experts, the State Department can recommend that immunity be granted only to a foreign head of state or diplomats. The Justice Department would ultimately formalize the United States position in a filing in the case. 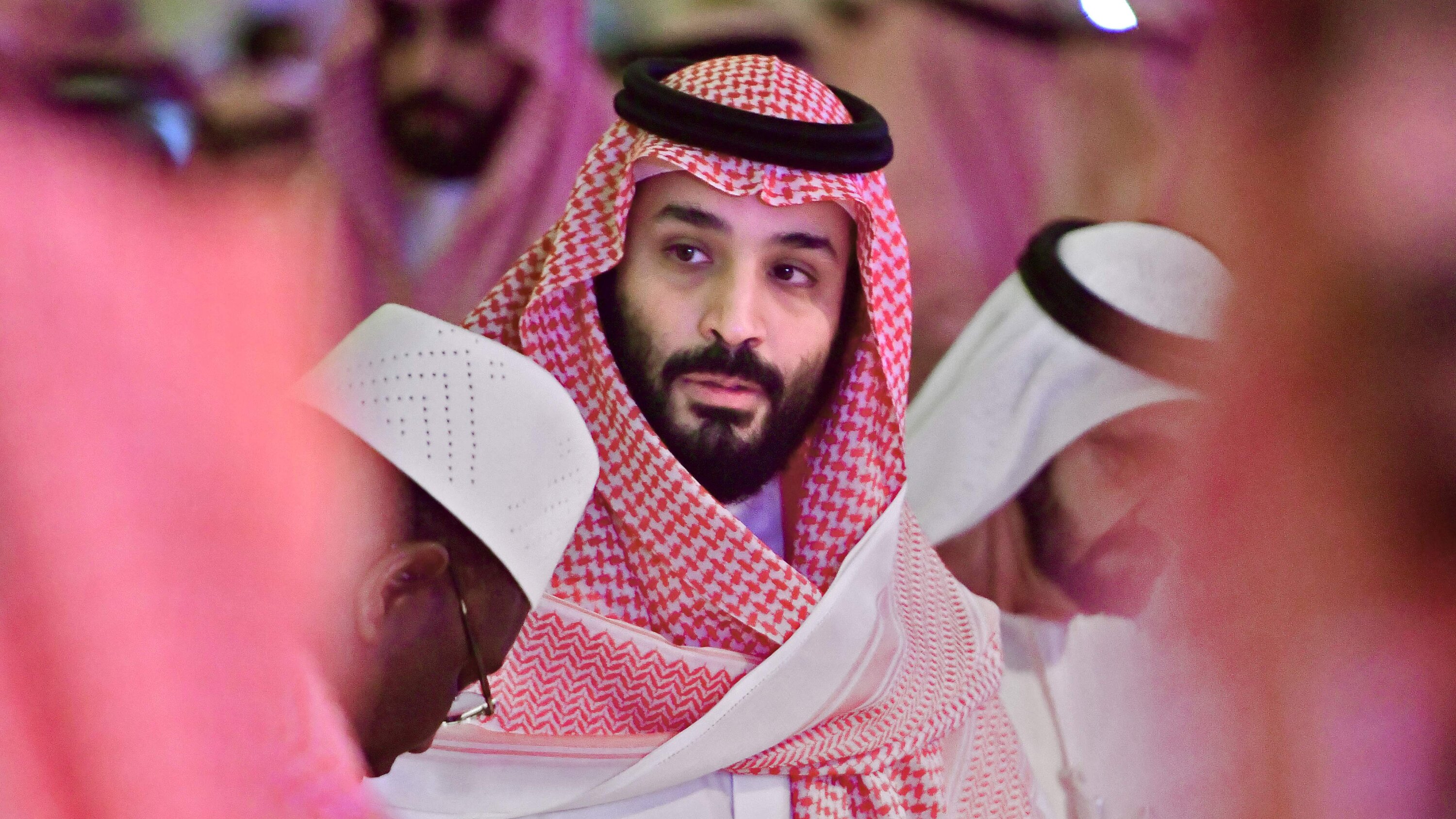