LONDON — Authorities in the European Union and Britain built momentum on Tuesday for tougher oversight of the technology industry, as they introduced new regulations to pressure the world’s biggest tech companies to take down harmful content and open themselves up to more competition.

In Brussels, European Union leaders unveiled proposals to crimp the power of “gatekeeper” platforms like Amazon, Apple, Facebook, Google and Microsoft, which policymakers argue deserve more oversight given their outsize influence. The proposed E.U. laws would require the companies to do more to prevent the spread of hate speech and sale of counterfeit merchandise, and disclose more information about how services like targeted advertising work.

In Britain, which is preparing to exit the bloc, the government proposed banning some harmful internet content like terrorism material, suicide videos and child abuse, which could result in billions of dollars in fines. Separately, Irish regulators announced a fine of 450,000 euros (about $547,000) against Twitter for violating E.U. data protection laws, one of the first penalties of its kind.

The string of announcements helped reinforce Europe as home to some the world’s toughest policies toward the technology industry.

“The European Union wants to be the leader in the tech regulation,” said Christoph Schmon, the international policy director for the Electronic Frontier Foundation.

But the region is no longer alone in its efforts to limit the power of Big Tech. In the United States, regulators sued Facebook last week for illegally squashing competition, and Google was hit with an antitrust lawsuit in October. In China, the government has begun to clamp down on local tech giants like Alibaba. Australia, India and Brazil are among others debating new regulations.

Governments are increasingly scrutinizing tech companies that have become critical infrastructure for billions of people and businesses to communicate, shop, learn about the world and be entertained. The result could be that the technology sector becomes more like banking, telecommunications and health care — industries of such size and importance that they are subject to more government supervision.

“2021 will be the year of regulation for the tech giants — they are a mature industry now, not shiny young start-ups,” said James Lewis, a senior vice president at the Center for Strategic and International Studies. “We used to say too big to fail for banks, but banks are highly regulated and these guys are moving in this direction too.”

The European Union proposals introduced in Brussels on Tuesday present the greatest risk to the tech industry, as the 27-nation bloc is home to roughly 450 million people and its regulations often become a model for others in the world. The rules do not single out any company by name, though the targets were clear.

One measure, called the Digital Services Act, proposed large fines for internet platforms like Facebook, Twitter and YouTube if they do not restrict the spread of certain illegal content like hate speech. Along with the similar proposal made earlier in the day in Britain, the debate will be closely watched. Large internet companies have faced years of criticism for not doing more to crack down on user-generated content, but governments have been reluctant to impose laws banning specific material for fear of restricting speech and self-expression.

British officials outlined a “legal duty of care” to force companies to remove content considered “harmful,” a definition that some critics have said is overly vague. Ofcom, the British regulator for broadcasters in charge of enforcing the proposed law, would have the power to block services that violate the rules from access in Britain. The announcement came after British officials last week proposed creating a regulator to oversee other areas of the digital economy.

Both measures still must be debated by Parliament.

In Brussels, leaders also proposed new transparency rules that require companies to disclose more about their services, including why people are targeted with advertisements and other content online. Internet retailers like Amazon could face new requirements to prevent the sale of counterfeit goods.

Another measure aimed at fostering competition would prevent the largest platforms from giving their products better treatment over rivals, potentially affecting how Google displays search results or what products Amazon promotes.

Regulators would have a path for breaking up companies that repeatedly violate E.U. antitrust laws.

Margrethe Vestager, the European Commission executive vice president who oversees digital policy and antitrust enforcement, said the global tech policy debate is a “different world” compared to five years ago when she was criticized for taking action against Google and other American firms.

Now, she said, there is broad agreement that “with size comes responsibility.”

Many in Brussels expect a drawn out fight, as the tech industry spends more than ever on lobbying. And while there is strong political momentum for new regulations, the policies may not be approved for years, with many stages of negotiations where the debate could snag.

Mr. Lewis said the debate will be a test for the relationship between the United States and European Union, which was strained during the Trump administration on issues like digital taxes. A trade group representing big American tech companies, called the Internet Association, has already complained to officials in Washington about the new European rules.

Veterans of past European debates said the challenge will be translating the law’s lofty ambitions into strong enforcement, an area where previous E.U. policies have fallen short.

Europe’s landmark 2018 online privacy law, called the General Data Protection Regulation, has been criticized for not fulfilling its promise because of lack of enforcement. Despite a limited budget, Ireland is responsible for regulating all tech companies with a European headquarters within its borders — including Facebook, Apple and Google — and issued only its first fine of a major tech platform on Tuesday with the penalty against Twitter, more than two years after the law was enacted.

“For the E.U., it is important to get its priorities right in practice and not just talk about them,” said Marietje Schaake, a former member of the European Parliament who now teaches at Stanford University.

The European debate is already turning some companies against one another. On Monday, Facebook issued a statement urging European regulators to act against Apple, part of an ongoing feud between the two companies over Apple’s App Store policies, which Facebook said “harm developers and consumers.”

Raegan MacDonald, head of public policy in Brussels for the Mozilla Foundation, which operates the Firefox browser, called the efforts in Europe a “once-in-a-generation” opportunity, particularly the transparency rules that would provide important insights about how the companies operate.

“What this is really about at its core is how people experience the web — the misinformation in our feeds, the recommendations that are being pushed toward us, or the creepy ads we’re seeing and don’t know why,” she said. “If this is done well, this could be game changing regulation for platform accountability.” 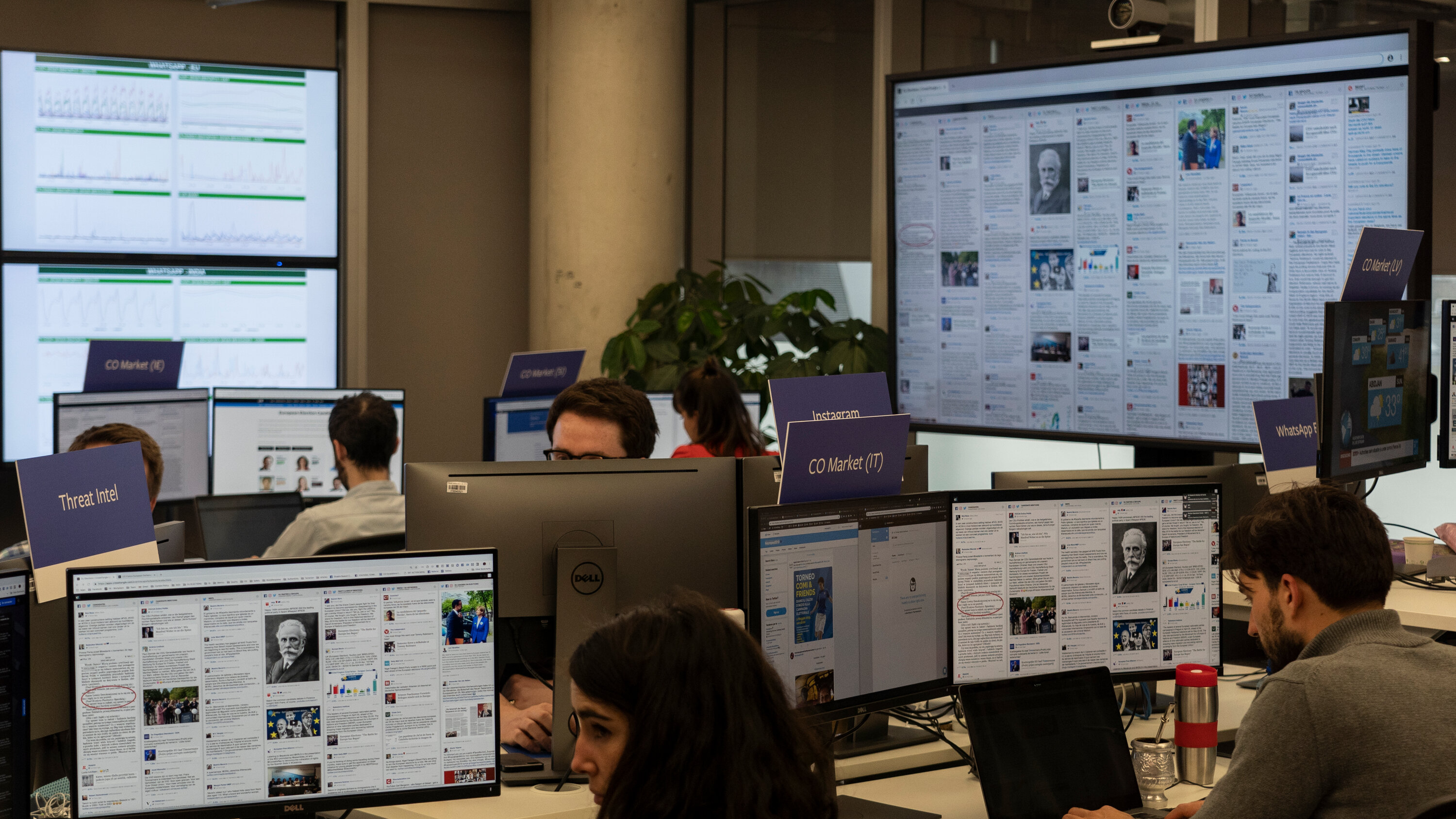 After Riot, Business Leaders Reckon With Their Support for Trump