With the fate of a federal aid package suddenly thrown into doubt by President Trump, economic data on Wednesday showed why the help is so desperately needed.

Personal income fell in November for the second straight month, the Commerce Department said Wednesday, and consumer spending declined for the first time since April, as waning government aid and a worsening pandemic continued to take a toll on the U.S. economy.

Separate data from the Labor Department showed that applications for unemployment benefits remained high last week and have risen since early November.

Taken together, the reports are the latest evidence that the once-promising economic recovery is sputtering.

“We know that things are going to get worse,” said Daniel Zhao, senior economist with the career site Glassdoor. “The question is how much worse.”

The answer depends heavily on two factors: the path of the pandemic, and the willingness of the federal government to provide help.

Congress, after months of delays, acted on Monday, passing a $900 billion economic relief package that would provide aid to the unemployed, small businesses and most households. Most urgently, it would prevent millions from losing jobless benefits at the end of this week.

But on Tuesday evening, Mr. Trump demanded sweeping changes in the bill, throwing into doubt whether he would sign it.

Mr. Trump’s criticism of the relief effort, which he called a “disgrace,” was that it was not generous enough: He called on Congress to provide $2,000 a person in direct payments to households, rather than the $600 included in the bill.

Many economists view direct payments as among the least effective measures in the package, because much of the money would go to households that don’t need it. But beyond the merits of any specific measure, the real risk is that Mr. Trump’s comments could delay the aid, or derail it entirely.

The data released Wednesday underscored the economy’s fragility. Personal income fell 1.1 percent in November and is down 3.6 percent since July, as the loss of federal assistance more than offset rising income from wages and salaries.

Consumer spending, which proved resilient in the summer and fall, declined 0.4 percent, an ominous sign for small businesses trying to survive the winter. Some of the biggest drops came in categories most exposed to the pandemic’s impact: Spending on restaurants and hotels fell 3.8 percent in November, and spending on transportation, clothing and gasoline also declined.

The pullback in spending is spilling over into the labor market. About 869,000 people filed new claims for state jobless benefits last week. That was down from a week earlier but is significantly above the level in early November, before a surge in coronavirus cases prompted a new round of layoffs in much of the country.

A further 398,000 people filed for Pandemic Unemployment Assistance, one of two federal programs to expand jobless benefits that were set to expire this month without congressional action. Some forecasters expect the December employment report to show a net loss of jobs.

“The data just underscores the importance of fiscal support,” said Aneta Markowska, chief financial economist for Jefferies, an investment bank. Without it, she said, “there would be permanent damage, and it would probably be pretty significant.”

The relief bill was smaller than many economists said was needed to carry the economy through the pandemic and ensure a robust recovery. It won’t revive the hardest hit industries or undo the damage left by months of lost income for many households.

But the package may be enough to forestall the wave of evictions and small-business failures that many economists warn is inevitable without it. And it should be enough to avoid a fall back into recession, which an increasing number of forecasters have said is likely without a quick injection of federal money.

The stakes are particularly high for the millions of Americans who would be left without an income during what could be some of the worst months of the pandemic.

The relief package passed this week would extend two emergency programs that cover people who are left out of the regular unemployment system or whose benefits have expired. Roughly 14 million people were enrolled in the two programs in early December, according to the Labor Department, although fraud and data-collection issues mean that figure may overstate the true total.

But if the bill doesn’t become law, the two programs will expire at the end of this week. That could push nearly five million people into poverty virtually overnight, according to an estimate from researchers at Columbia University.

Carson Noel has spent 35 years in live events, working on cruise ships, on Broadway and at conventions across the country. The pandemic wiped it all away.

“Literally over a one-week period I watched the next six months of my work go away,” he said.

Mr. Noel, 51, has reached the end of both his regular unemployment payments and the emergency pandemic benefits, leaving him with no income. The bill passed by Congress would restore his benefits for at least a few weeks, but now those are in doubt.

Even if the bill does become law, Mr. Noel said it was too late to rescue his finances. He has cut back his grocery bill and moved in with his sister in Tucson to save money, but even with his expenses pared to a minimum, his savings are largely depleted.

“I’m good for about another month and then I’m in trouble,” he said. “I’m just trying to survive at this point.”

Lawmakers agreed to a plan to issue stimulus payments of $600 and distribute a federal unemployment benefit of $300 for 11 weeks. You can find more about the bill and what’s in it for you here.

Even if Mr. Trump does sign the relief package, millions of people could temporarily lose their benefits.

By waiting until the last minute to act, legislators forced state labor departments — which administer both state and federal unemployment benefits — to prepare for the programs’ end. Many states won’t be able to reverse course in time to avoid a lapse in payments.

State employment officials said they had been monitoring developments in Washington and were consulting with the federal Labor Department so that they could move quickly to reinstate benefits. But some affirmed that at least a brief lapse was inevitable. Any delay in signing the bill would make the lag even longer, said Michele Evermore, senior policy analyst for the National Employment Law Project.

“Every day that this drags on, that’s a day that it’s hard to put food on the table for the kids, it’s another bill missed, it’s just another hardship,” she said.

Even as millions of jobless workers face the prospect of a bleak winter, however, some people and industries are in much stronger shape.

Capital goods orders — a measure of business investment — rose in November, the Commerce Department said Wednesday, a sign that big corporations remain confident even as restaurants and other small businesses struggle to survive.

In addition, household savings are more than $800 billion higher than in February, before the pandemic upended the economy. Economists said those savings were most likely concentrated among white-collar workers who have held on to their jobs while saving money by cutting back spending on travel and leisure. Many have also benefited from the soaring stock market.

High savings levels are one reason that many economists have been skeptical of the need for another round of direct aid to households, let alone the $2,000 a person demanded by Mr. Trump. Such payments might help people who have kept jobs but lost hours or income. But much of the money would go to households that are financially secure, and would most likely be saved rather than spent.

Those savings could help fuel a rapid recovery once coronavirus vaccines are widely available, allowing Americans to resume traveling, attending concerts and gathering in bars and restaurants. But that prospect only underscores the need for aid to ensure that businesses make it until then.

“Just a few months down the road, things will be dramatically better, but that’s not a reason to suffer in the meantime,” said Ian Shepherdson, chief economist for Pantheon Economics. “It’s just shooting yourself in the foot to allow businesses to go bust.” 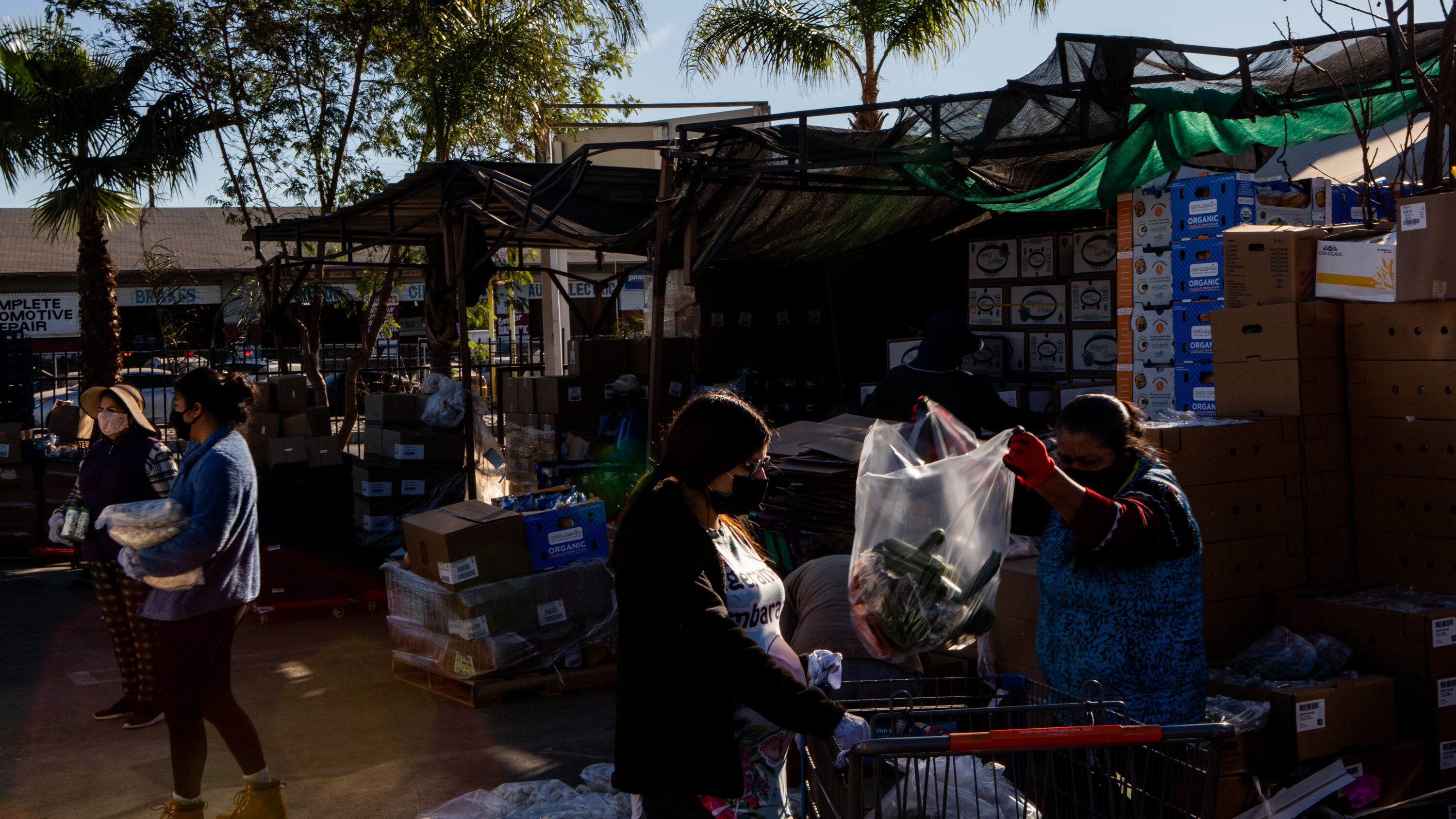