Home Sport Petr Cech Is in His Comfort Zone: In the Middle of Everything
Sport

Petr Cech Is in His Comfort Zone: In the Middle of Everything

LONDON — Petr Cech does not watch a lot of television. Switching his brain off, by his own admission, does not come easily to him. He has always preferred, he said, to fill every minute of his day, not just with work and family but with a moderately intimidating litany of pastimes and projects. Settling down on the sofa counts, to his mind, as time wasted.

This year, though, Cech and his wife, Martina, have started getting into “The Crown.” Even then, though, he is not the sort to allow himself to be washed away by the lavish Netflix melodrama. Each episode — he is somewhere in the middle of the second season — prompts him to go away and fill in the gaps in both his knowledge and the series’ contested historical authenticity.

“Obviously it’s not completely accurate,” he said. “But there are lots of interesting things. You start Googling those parts of British history, and you realize there are lots of things you didn’t know.” That, just about, encapsulates Cech: He is inclined to see an hour or two of fairly mindless television in his rare downtime not as a chance to relax, but as a learning opportunity.

That Cech has time to disappear down a rabbit hole about the Suez crisis — or anything else — is faintly remarkable. Spooling through all of the things he does, it is hard not to assume he is handcuffed by having a mere 24 hours in his day. He is studying for an M.B.A. He plays the drums well enough that last year he released a charity single with Roger Taylor of Queen.

He is fluent in five languages — his native Czech, English, German, Spanish and French — but speaks seven. He admits, as if confessing to some great flaw, that he cannot write quite as well as he might like in Italian and Portuguese. He has started running, too; every so often he will knock out a quick 10K on a weekend morning.

All of this, he said, means that his “time management has to be right.” These are extracurricular activities, after all. He also has a job to think about. Strictly speaking, in fact, he has two.

Cech retired as a player in 2019 — after a decorated career spent at Rennes, Chelsea and, in his twilight, Arsenal. He made the decision before it was made for him; within a few months, he found that his “mind started to clear, that I had a new motivation, a new happiness.”

He went back to the gym, reveling in the fact that his body — without “a big ball being fired at me at 60 miles an hour” hundreds of times every day — was recovering from the wear and tear it had endured. As far as he was concerned, his life as a player was over. He had plenty of job offers. The one that appealed the most was a post as technical director at Chelsea.

He had been doing that for almost a year when the pandemic struck. Suddenly, he found himself dragged back to a life he thought he had left behind. “We were lucky to be able to finish the season,” he said. “But nobody knew how many players would get the virus, and we had really strict numbers and restrictions. Normally, if a player gets injured, you would take someone from the academy, but because we had to be in bubbles, that was not possible.

“At one point, we were short a goalkeeper, so the solution was either I stepped in, or a goalkeeping coach did. I was fit, so I said OK.” It was intended as a precaution, a form of emergency cover, but Cech was still more than good enough to be a viable option. He was briefly registered on Chelsea’s squad list for the Champions League this season.

His primary focus, though, what all of his other interests must swirl around, is his new role. Cech is — by English soccer’s standards — something of a rarity. In certain parts of continental Europe, and especially Germany, it is not unusual for high-profile players to eschew coaching and move into front-office roles immediately after retirement: Marc Overmars and Edwin van der Sar at Ajax; Leonardo at Paris St.-Germain; almost the entire off-field hierarchy at Bayern Munich.

England is only now catching up. For the most part, where Premier League clubs employ a technical director, it is seen as a position for a recruitment specialist, someone who can navigate the choppy, unpredictable waters of soccer’s transfer market. Edu Gaspar, at Arsenal, and Cech, at Chelsea — both appointed last year, both with vast experience as top players — are exceptions.

For Cech, the appeal of the job lies in how different it is from playing. He had thought in great depth about what he would do after he retired. He had, he said, realized after fracturing his skull in 2006 that “it took only a split second for everything to be finished.” He knew he had to be prepared.

He studied for his coaching licenses while still playing — on international duty with the Czech Republic, he said, “there was always time” — but it occurred to him that coaches, essentially, live the same life as a player: “You spend time training, traveling, at games, in hotels. The routine is the same.”

A front office role, by contrast, “allows me to be close to the game, but to organize things in a different way.” The challenge was that soccer the game and soccer the industry are distinct entities; a life in one does not wholly prepare you for a life in the other. Cech was, effectively, “starting from zero.”

To some extent, what he has seen since has been eye-opening. Cech chose his agents at the age of 17; they still represent him now. He always made a point of knowing not only exactly what they were doing, but how they were doing it. He can see now, of course, that not every player is quite so thorough, and not every agent quite so transparent. “Lots of players leave things with the agent and carry on,” he said. “There are parts of football on this side that are very surprising, in a negative way.”

For all that surprise, the early results suggest Cech is well suited to his new role. His playing career, as it turned out, was not entirely irrelevant. As a player, he was always involved with the various liaison committees that express the squad’s feelings to the club’s representatives. He feels, still, that he knows instinctively how players would react to certain suggestions.

The luster his playing career carries can be an advantage, too. At one point this summer, he flew to Germany to meet with Kai Havertz, the playmaker Chelsea would eventually sign for $81 million.

Cech impressed Havertz’s family not only with the depth of his analysis but his human touch: He spent as much time discussing raising children in London and his own memories of moving to England as a young player as he did the 21-year-old Havertz’s role on the team. His mere presence, though, helped persuade Havertz: He was impressed that the player he had seen winning the Champions League in 2012 would come to see him in person.

His other skills have proved useful, too. Earlier this year, Chelsea was trying to figure out how to make headway with the signing of the German forward Timo Werner. Liverpool was circling, and Frank Lampard, the Chelsea manager, and the club’s recruitment department, led by Scott McLachlan, were eager to find an edge in the chase.

Over lunch at the club’s training facility one day, Cech pointed out that he spoke German. What if he called Werner directly? Those involved with the deal point to it as the decisive moment.

But there is something broader, too, that has smoothed Cech’s transition. The position of technical director varies from club to club and country to country. In Chelsea’s case, Cech is there to tie together the various strands of the club’s sporting vision, the linchpin between the first team, the academy and the recruitment department. The business side is handled by Marina Granovskaia, Chelsea’s director and its de facto chief executive.

It is, in other words, the sort of job that requires someone used to balancing a whole host of different demands and needs and priorities. Someone given to thinking in four dimensions to make sure their many and varied commitments can all be met. Someone, like Cech, who does not, as he put it, “like to waste time.” 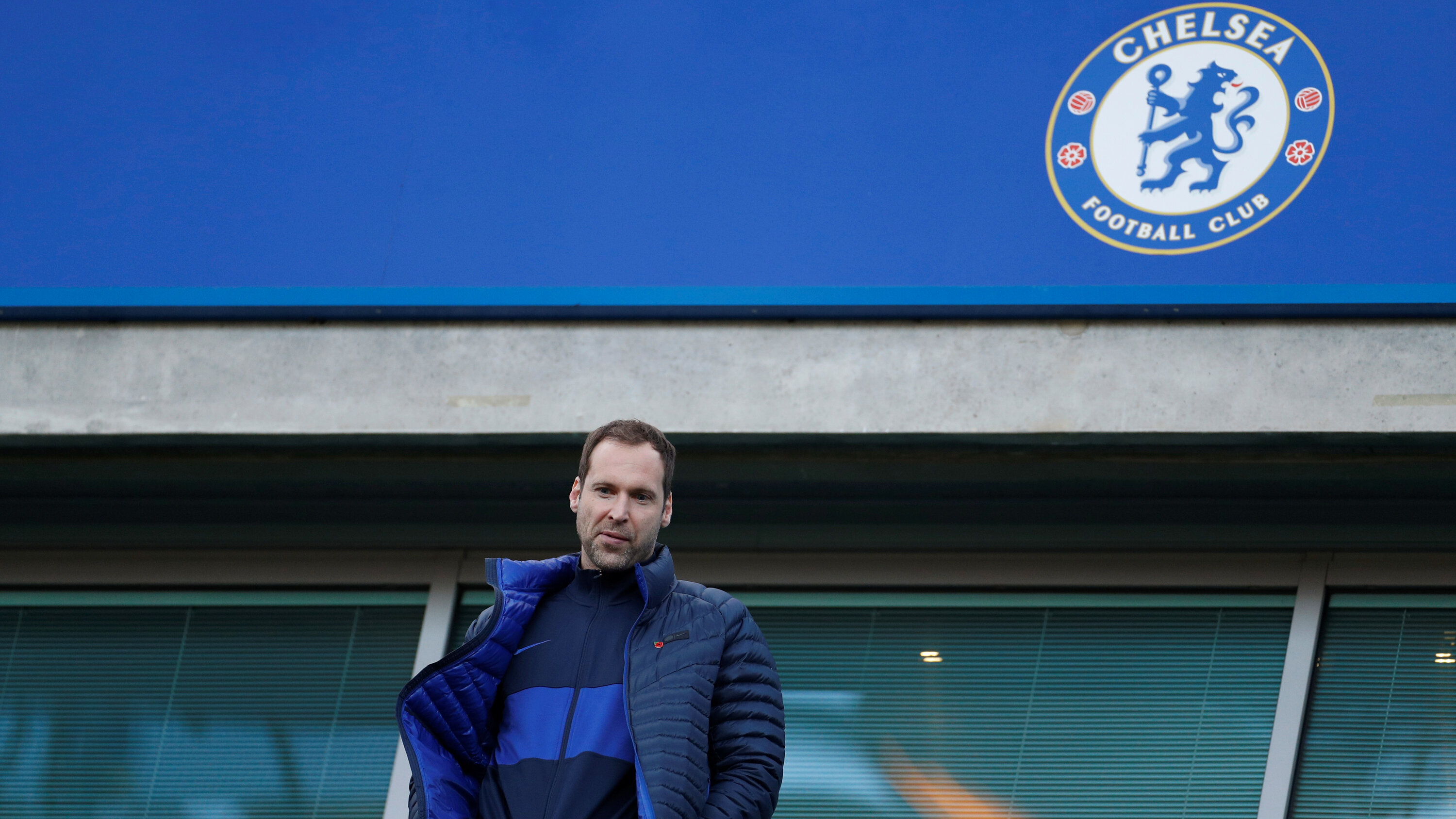