Home Books In 'Beginners,' a Writer Takes Up Chess and Surfing and Singing and...
Books

In ‘Beginners,’ a Writer Takes Up Chess and Surfing and Singing and Juggling and …

Not far into “Beginners,” Tom Vanderbilt’s tribute to the life-changing magic of learning new skills, he describes taking his young daughter snowboarding. At the time, Vanderbilt was nearing 50; he decided to approach the activity with an open mind, freed from all expectation, even if he was old enough to know what the risks were. “I had no goals other than avoiding the hospital,” he writes, after referring to the novelist Norman Rush’s comparison of being in love to going into an undiscovered room. “I just wanted to enter a new ‘room.'”

Avoiding the hospital and entering a new room: There are any number of Americans, hunkered down in their homes since the spring, who can probably relate, even if the circumstances couldn’t be more different. “Learning skills helps open new worlds,” Vanderbilt writes, and he draws an analogy to babies learning to walk, who “can suddenly go more places and do more things.” There’s a certain poignancy to reading “Beginners” at the end of 2020, when merely going to the grocery store qualifies as an “exposure event,” and the spirit of adventure has been largely eclipsed by the matter of survival.

The research for the book itself may have taken place in happier times, but “Beginners” is still shadowed by Vanderbilt’s awareness of his own mortality. He repeatedly mentions being an “older father.” “My brain volume was atrophying annually,” he writes, “my cortical thickness waning each year.”

Vanderbilt, whose previous books include an examination of the psychology of traffic and a treatise on cultural taste, says he was inspired to write “Beginners” when his daughter was born. For one thing, becoming a parent, as one philosopher told him, was “epistemically unique,” or as Vanderbilt puts it: “You barely know how to hold this breathing, blinking thing.” He had to practice his way out of ineptitude. He also saw his child learning how to do things that were previously unimaginable for her. As she grew, he was ferrying her to classes, compulsively scrolling through his phone as he waited for her, mindlessly passing the time while she was expanding her horizon of possibilities.

So he decided he would become a novice himself, which promised a host of practical benefits, in addition to whatever skills he might acquire. One of those benefits, of course, was an excuse to try new experiences, including a surfing retreat in Costa Rica and “wild swimming” off the coast of Corfu in Greece. But there was also the more immediate issue of child care. When he told his wife about his idea for the book, he says he “could practically hear the calculations going behind her unblinking eyes.” Learning alongside their child could “help turn potential sources of friction,” he reasoned, “into win-wins.”

It’s worth noting that his wife, Jancee Dunn, is the author of a 2017 book called “How Not to Hate Your Husband After Kids,” in which she described her enormous fights with Vanderbilt over whose turn it was to empty the diaper pail. Their marriage reached a crisis point when she had arranged for Vanderbilt to watch their daughter, who was potty training, for one hour while Dunn conducted a phone interview. The child walked into Dunn’s office with a bathroom emergency. A seething Dunn found Vanderbilt on the couch, gazing at his smartphone: “He was playing SocialChess with some guy in the Philippines,” she wrote.

Vanderbilt never mentions this episode, but in what looks like a bid to turn chess into a win-win, he makes the game one of the activities featured in the book — along with surfing and swimming, which he does with his daughter, as well as his own pursuits of singing, drawing and juggling. While surfing, he lost two wedding bands (one imagines this may have occasioned a diaper-pail-level fight), which became a chance to find an expert jeweler who would teach him how to make a replacement platinum ring.

The tone of “Beginners” is modest and reassuring. Vanderbilt wasn’t about to spend 10,000 hours on any one skill in order to attain mastery. He expressly sets out to become a dilettante, a word that he notes derives from the Italian dilettare, “to delight.” He says that calling someone a dilettante is only considered an insult because our culture is so caught up in work and ambition. “We’re afraid of being just OK at things,” he writes.

Adults are afraid, that is — young kids tend to be just fine with it, which is why they’re actually brilliant at being novices. They go out and do, unburdened by crippling self-consciousness; we think, then overthink, then think about our overthinking. Language acquisition, Vanderbilt says, is an obvious case in point. Adults can be so anxious about saying the wrong thing that they clam up. Children just talk.

Vanderbilt enlists a number of teachers to help him engage in “thoughtful practice.” No matter the skill, one thing they keep emphasizing is that he has to get over himself and out of the way. A lifetime of speaking, it turns out, can make singing harder. His jaws reflexively clench, his tongue is too tense to let vowels flow. Similarly, learning how to draw requires him to stop thinking about the object he’s drawing and start seeing it. His art teacher told him to draw a chair “by not drawing the chair,” looking at it instead in terms of shadow and light.

These activities consume time and resources. “All of this self-exploration, admittedly, has the whiff of indulgent self-absorption,” Vanderbilt concedes toward the end of his book. “But for all the inward focus, these activities actually brought me outward. One of the greatest joys in being a beginner, it turns out, is meeting other beginners.” That lesson, alas, will remain on hold for the rest of us, until a time when we can meet other people in other rooms. 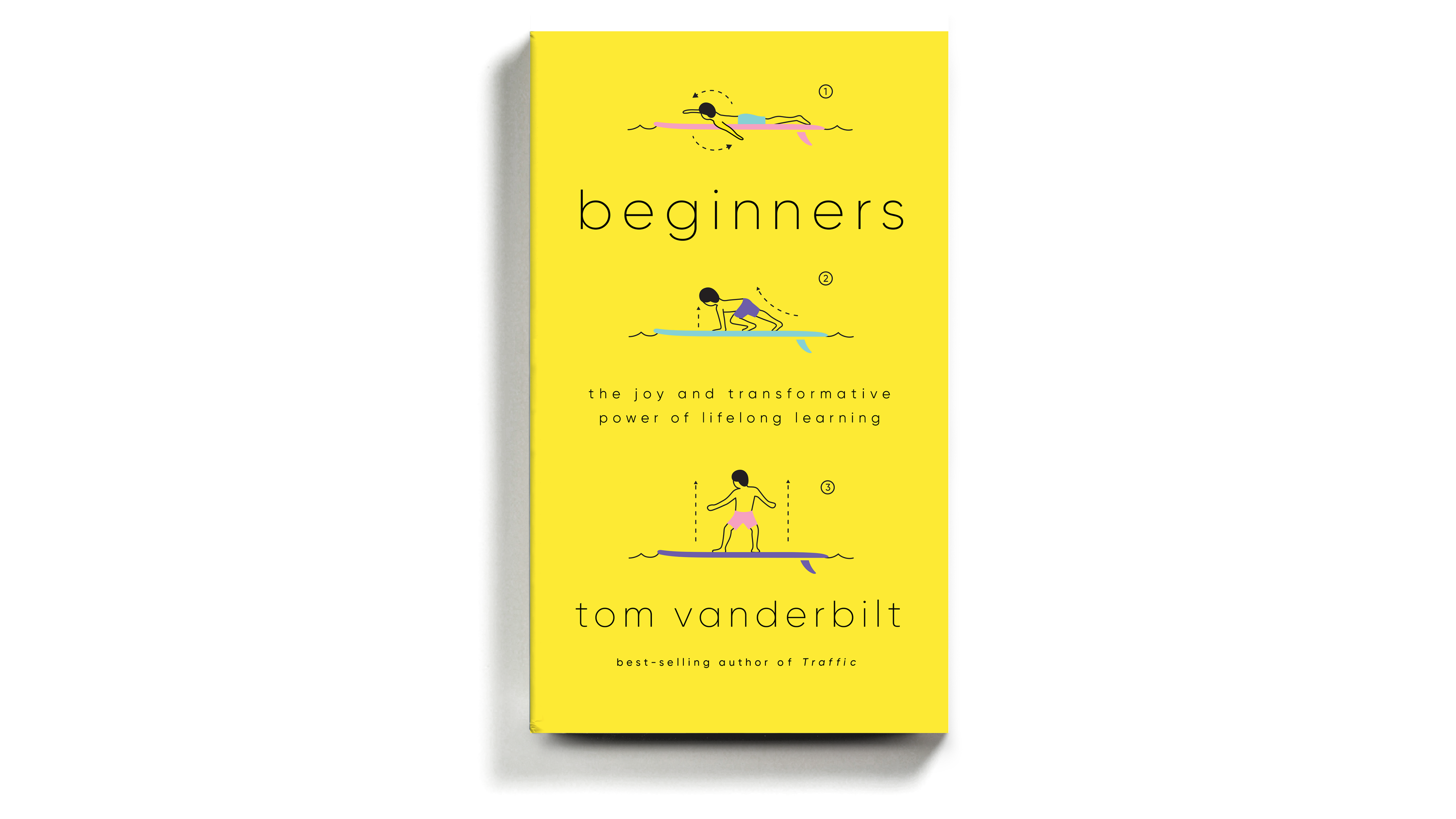 Fredrik Backman Walked Into A Potential Future Home. What He Found Surprised Him.