CULIACAN, Mexico — Like a lot of businesses, the Sinaloa Cartel was knocked back on its heels as the coronavirus swept the globe and travel ground to a near halt.

Government measures to contain the virus had fouled up its operations, interrupting the supply of chemicals for manufacturing synthetic drugs like fentanyl and methamphetamine and cutting off trafficking routes across international borders.

But the cartel is not just any business. It established itself as one of the world’s most powerful drug trafficking groups with a trademark mix of business acumen, ingenuity and lawlessness.

And so while many legitimate industries remain staggered by the pandemic, the cartel has quickly adapted, as have other organizations that dominate trafficking throughout the Americas, the source of nearly all of the world’s cocaine and most of the heroin consumed in the United States.

“The cartels have long demonstrated their resiliency,” said Scott Brown, the head of the Homeland Security Investigations office in Arizona. “They are going to continue to find new and innovative ways to try to move their product.”

The drug trafficking organizations have slashed payrolls and devised workarounds to traffic drugs and get them into the hands of consumers, according to interviews with sources close to the Sinaloa Cartel, law enforcement officials in the United States and Latin America and security analysts.

During the year, some traffickers have increasingly relied on newer tools like drones and cryptocurrency and on creative uses of older approaches like underground tunnels and sea routes.

American officials have also detected a growing emphasis on the recruitment of impoverished or drug-addicted Americans to smuggle drugs in their body cavities.

The changes, sources said, have allowed the Sinaloa Cartel and the region’s other major drug trafficking groups to rebound quickly even as the pandemic continues to devastate economies.

The nimbleness of the trafficking groups has forced the authorities throughout the region to adjust their tactics accordingly, even as some law enforcement agencies in Latin America and elsewhere have been stretched thin by pandemic-related duties, which have drawn resources that would otherwise have been devoted to fighting drug trafficking.

Even before the pandemic, officials said, the cat-and-mouse contest between drug traffickers and law enforcement agents was anything but static.

“It’s fluid,” said Matthew Donahue, deputy chief of operations for the Drug Enforcement Administration. “You can’t have one answer and live by it. It could change tomorrow.”

As the first wave of the pandemic swept from continent to continent in the late winter and early spring, government measures to respond to the emergency caused disruptions throughout the drug trade.

In the Americas, the shutdowns hit drug traffickers hard, in some places bringing operations to a near halt.

“When it first hit,” Mr. Donahue said of the pandemic, “it kind of put everything at a standstill.”

Facing travel restrictions, operatives from Mexican trafficking organizations had trouble getting to Central America to coordinate maritime shipments of drugs. As operations slowed, some criminal groups were forced to stockpile their product in Latin America, Mr. Donahue said.

The slowdown was felt throughout the sprawling networks of the Sinaloa Cartel, from the coca fields of South America to drug-packing facilities in Mexico and all along its international trafficking routes, said a bookkeeper for the organization who monitors its drug shipments throughout the region.

Like many legal businesses trying to counter the impacts of the pandemic, the group reorganized, furloughing many low-level employees, including truck drivers, warehouse workers and security personnel, said the bookkeeper and two other cartel associates in interviews. The sources requested anonymity because they were speaking without authorization, and were afraid for their safety.

When the flow of drugs regained momentum, the transportation hurdles resulted in a sharp drop in the frequency of shipments, with cocaine from the Andean countries of South America arriving in Mexico once every two weeks, instead of a few times a week, as had been the case before the pandemic, Sinaloa Cartel associates and a Mexican Navy official said.

The slowdown caused the wholesale price of cocaine in Mexico to double, the cartel bookkeeper said in an interview in Culiacan, a city in northwestern Mexico where the organization is based.

Disruptions to the drug trade were particularly notable across the southwest border of the United States. 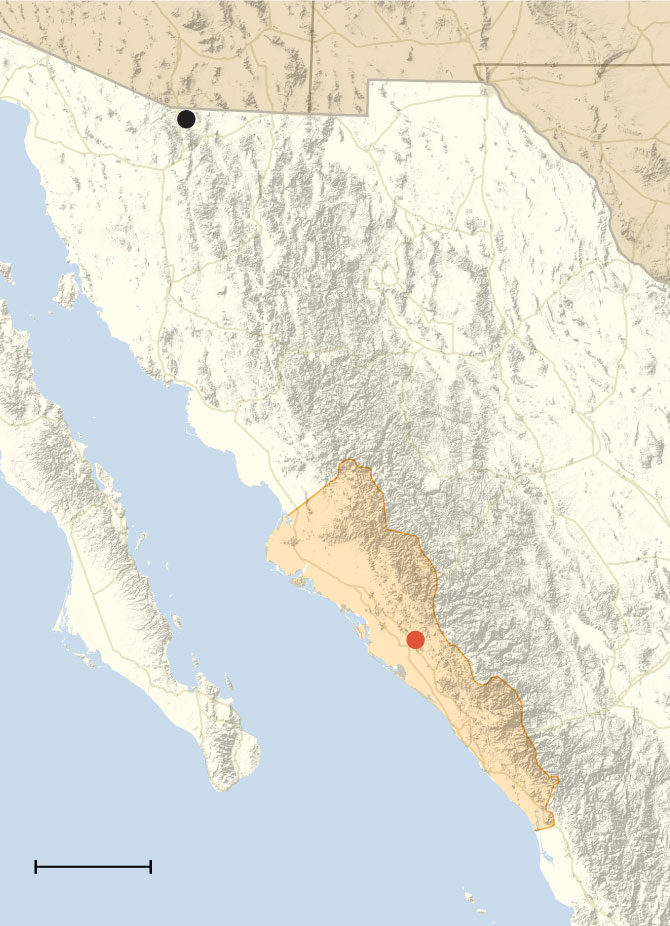 The vast majority of illegal drugs that enter the United States from Mexico arrive through legal ports of entry along that border — hidden in passenger cars and commercial vehicles or smuggled by travelers arriving on foot, often masquerading as tourists or as day trippers on a shopping expedition.

But pandemic-related limits imposed by the Trump administration on all “nonessential travel” have meant that fewer passenger cars and non-American pedestrians pass through the ports of entry, which has increased the exposure of smugglers.

“Having less traffic coming through the checkpoints, then it would make sense that agents have more time to focus on what’s going on at the checkpoints,” said John R. Modlin, interim chief patrol agent for the U.S. Border Patrol’s Tucson Sector.

The drug cartels quickly adjusted to the evolving landscape.

Amid the severe reduction in air travel and the hindrances to land border crossings, drug traffickers in Latin America have been relying more on sea routes, including using more semi-submersible vessels and go-fast boats, which are low-profile craft outfitted with high-powered outboard motors, according to reports from the Colombian Navy as well as American and Mexican law enforcement officials and Sinaloa Cartel associates.

The trafficking groups have also increasingly hidden drugs among legal merchandise packed in shipping containers and transported on freighters, particularly on routes connecting South America with Mexico and Latin America with Europe, according to American, Mexican and Colombian officials.

In another apparent shift in methodology, officials and analysts said, some traffickers have been sending fewer loads, though in larger amounts than in the past — perhaps as much a strategy to reduce risk as a reflection of more limited transportation options.

Along the southwest border of the United States this year, the drug trafficking organizations appear to have made greater use of tunnels to smuggle their goods from Mexico, sometimes reactivating dormant ones, according to Mr. Donahue of the D.E.A., and to associates of the Sinaloa Cartel.

The Sinaloa Cartel bookkeeper estimated that the organization’s use of tunnels had increased by about 40 percent during the pandemic.

Traffickers, in some places, have also increased their use of drones to get drugs over the border, American officials said.

“And I’m sure we’re not picking up on all of them,” he said.

While traffickers have also continued to try to push drugs through ports of entry, the American authorities have detected at least one particularly dramatic shift in tactics in the profile of smugglers caught at those border crossings.

Before the pandemic, the cartels would frequently hire foreign-born smugglers who would cross the border from Mexico into the United States under the pretense of tourism or a shopping trip.

But because the pandemic-related border restrictions have blocked entry to many foreign visitors, the trafficking groups have been recruiting a greater number of American citizens and Green Card holders, who are not bound by the restrictions, to smuggle drugs into the United States, American officials said. These smugglers are most often discovered with the narcotics hidden inside their bodies, officials said.

Guadalupe Ramirez Jr., director of field operations for Customs and Border Protection in Arizona, recalled that when he was director of the ports of entry in Nogales from 2009 to 2016, “internal carriers,” as such smugglers are known by border officials, were rare.

“Now it seems like almost on a daily basis we’re getting internal carriers,” and most are American citizens or permanent residents, Mr. Ramirez said.

The challenges of getting drugs into the United States also appears to have spurred the development of clandestine laboratories in the United States for the production of synthetic drugs, said Celina Realuyo, professor at the William J. Perry Center for Hemispheric Defense Studies at the National Defense University in Washington.

And law enforcement agencies around the world have also detected an acceleration in the use of cryptocurrency and the so-called dark web for drug transactions and money laundering during the pandemic, she said.

“They’re adjusting,” Ms. Realuyo said of the drug trafficking groups. “They already had kind of a wherewithal, and what they’re doing is they’re just adapting quicker to their context.” 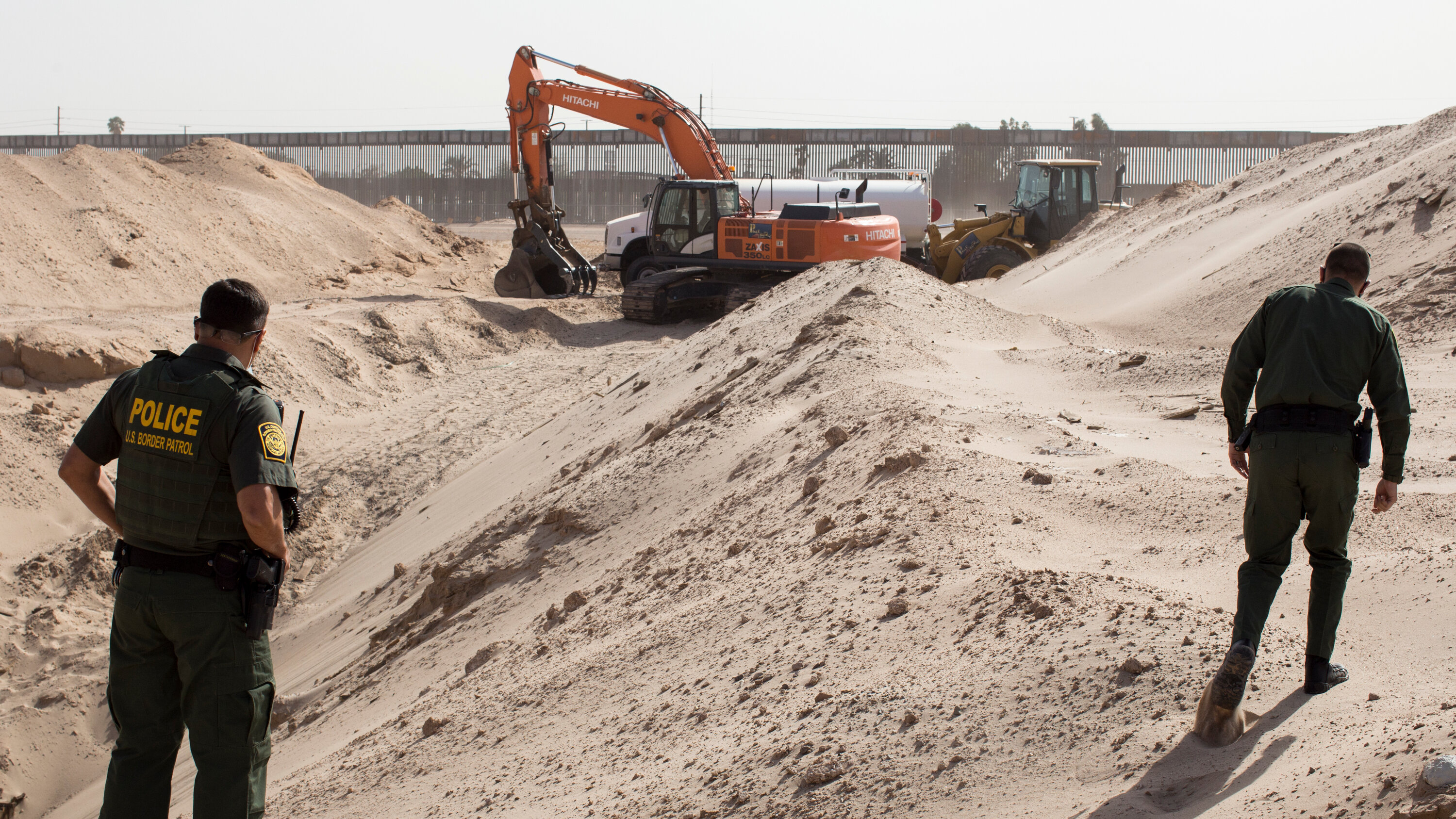