How Argentina Bucked Tradition in Latin America and Legalized Abortion

Latin America has long been hostile terrain for abortion rights advocates, even in recent decades as legal abortion became accessible in most of Europe, North America and other parts of the world.

But a grassroots feminist movement claimed a victory in Argentina on Wednesday when the Senate legalized abortion in a surprisingly resounding vote — making Argentina the first large country in Latin America to take that step.

Here are some of the forces behind the push for change in Argentina, and some of the questions it raises.

Why is this happening now?

The women’s rights movement has taken on new urgency across Latin America in the last few years, nowhere more so than in Argentina.

A movement that sprang up in 2015 over the murders of women — including the gruesome killings of a 14-year-old and a 16-year-old — grew over the years into a broad national campaign for rights called Ni Una Menos, or not one woman fewer. Making abortion legal became its primary political goal, driven largely by young activists who have become well-organized and vocal, staging repeated demonstrations.

The #MeToo movement that erupted in the United States in 2017 and spread worldwide has added fuel to those efforts.

In some countries, like Mexico, the primary focus has been on violence against women. But a state-by-state effort in Mexico to make legal abortions more accessible there has also gained ground, with the state of Oaxaca last year becoming the second, after Mexico City, to legalize the procedure.

Rising secularism in Argentina and many other countries, particularly among the young, has also lowered barriers for liberal causes.

An important factor in Argentina was the election last year of President Alberto Fernandez, one of the most socially liberal leaders Latin America has had. He has campaigned for abortion rights, gender equality and gay and transgender rights, and last month he legalized home cultivation of marijuana for medical use.

What are abortion laws like in the rest of Latin America?

About two dozen countries around the world have laws that not only prohibit abortion, but do not make any exceptions, according to groups that closely monitor access to abortion.

Those countries, primarily in the Americas and Africa, include Honduras, Nicaragua, El Salvador, the Dominican Republic, Haiti, Jamaica and Suriname. The ban has been enforced with zeal, with women whose pregnancies don’t end in the birth of a healthy baby sometimes falling under suspicion, and those convicted of having abortions sentenced to decades in prison.

From Mexico to Chile, a predominantly Roman Catholic region, most countries outlaw abortion, even early in pregnancy, but make exceptions when pregnancy endangers a woman’s life.

Some countries also allow abortions, up to a certain point in gestation, when the pregnancies result from rape or incest, or when there are serious fetal abnormalities. Chile joined those countries in 2017, when it rolled back one of the world’s strictest abortion bans.

Paraguay drew international attention when a pregnant 10-year-old girl said to have been raped by her stepfather could not have an abortion because her life was not in danger. The case led to calls for the conservative government to liberalize the law, but it was not changed.

Across Latin America, only three countries have legalized abortion for any reason early in pregnancy, and all three are small and are outliers in other important ways, as well.

Cuba, ruled by the Communist Party for more than 60 years, legalized abortion in the 1960s. Guyana, a former British colony with a large non-Christian, South Asian population, took that step in the 1990s. And Uruguay, where about 40 percent of people report having no religious affiliation, did so in 2012.

What is the role of religion?

Historically, more than 90 percent of the people in Latin America were Catholic, and the church, stolidly opposed to abortion, exerted a powerful influence over not just religious beliefs, but also governments and ethical and social norms.

But the church’s grasp has been weakening steadily since the 1970s, and by 2014, fewer than 70 percent of Latin Americans called themselves Catholic, according to the Pew Research Center.

The sexual abuse scandals that have rocked the church have hit as hard in Latin America as in many other parts of the world, driving some people away from the church and weakening its moral authority. A growing number of people who still identify as Catholic, particularly the young, are not observant and feel comfortable going against the church’s teachings.

But evangelical Protestants, who often take a more conservative line on social issues than many Catholics do, are increasing in numbers and now make up about one-fifth of Latin Americans. That helps explain why Central America, where evangelical churches are strongest, has some of the strictest abortion laws.

At the same time, the number of people who have no religious affiliation, and tend to be liberal on social issues, has also grown, though their ranks remain much smaller than the evangelical population.

Though it is the homeland of Pope Francis, the first pontiff from the Americas, Argentina is one of the most secular countries in Latin America. It is unusual in that surveys show that people with no religion outnumber evangelicals.

Will the movement spread beyond Argentina?

The debate in Argentina has drawn tremendous attention in Latin America, and is sure to prompt discussion of abortion in other countries.

The push to change has often come from grassroots movements. Leftist presidents who took power in Latin America over the past two decades showed little or no interest in changing abortion laws. They include Luiz Inacio Lula da Silva and Dilma Rousseff of Brazil, Andres Manuel Lopez Obrador of Mexico, Daniel Ortega of Nicaragua, and Hugo Chavez and Nicolas Maduro of Venezuela.

Bolivia’s leftist government decriminalized early-term abortion in 2017 for “students, adolescents or girls” — and then repealed the change weeks later.

President Fernandez of Argentina, as a leftist who made access to abortion one of his top priorities, represents a new generation and a change from his predecessors. 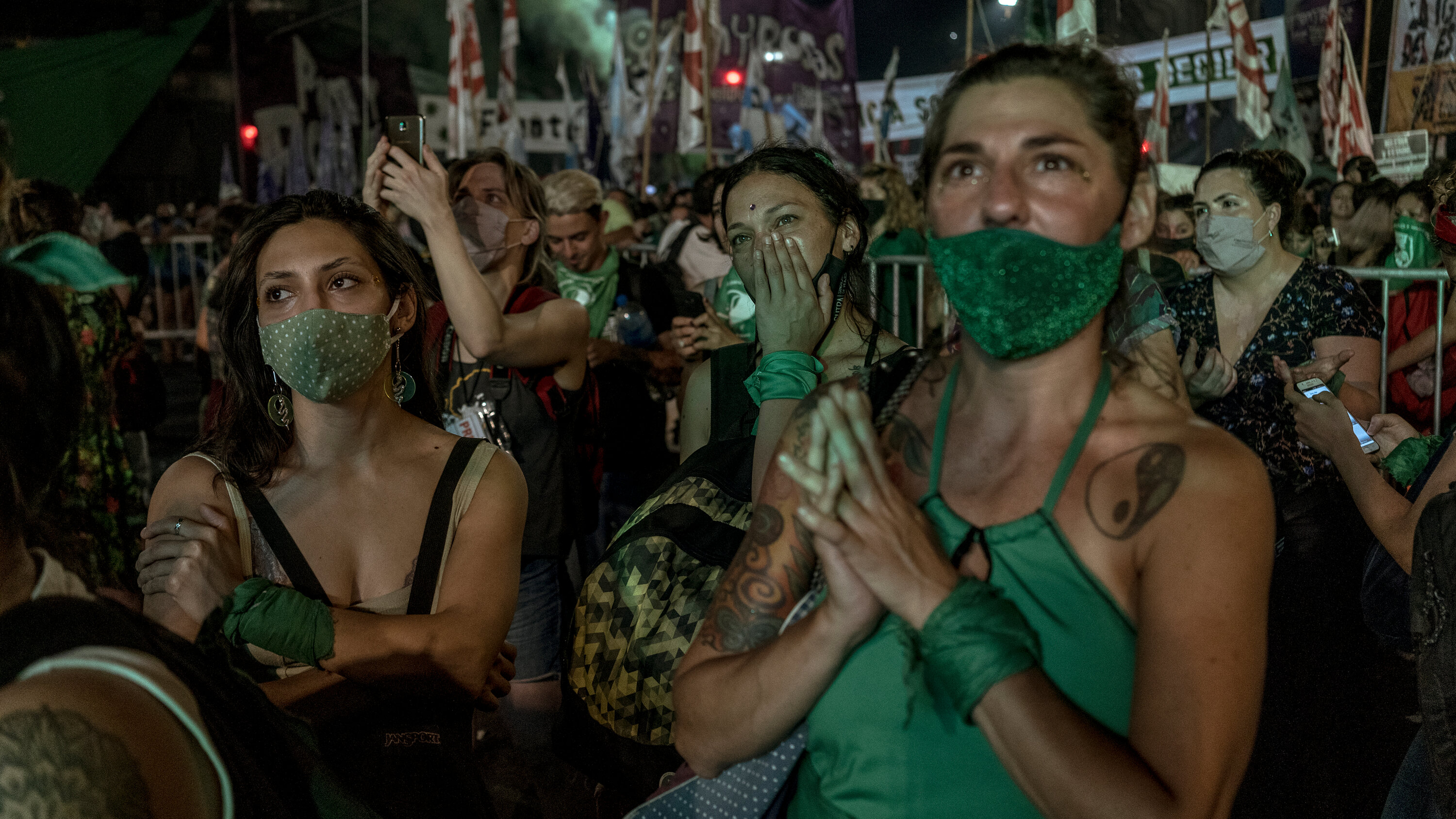