Home Racing How Cities Around the World Will Say Goodbye, at Long Last, to...
Racing

How Cities Around the World Will Say Goodbye, at Long Last, to 2020

In most cities this New Year’s Eve, there will be no roaring crowds, no gatherings for fireworks shows and, let’s hope, no strangers kissing at midnight. But, after a year punctuated by disease, unemployment and racial unrest, people around the world, in different circumstances than usual, will still raise a glass and toast the start of 2021.

Even in countries where coronavirus cases are low, like Australia, local governments have gone back and forth, making plans and then canceling them again, as they try to balance keeping people safe with allowing them to let loose after a difficult year.

In Sydney, the authorities tightened restrictions in recent days after an increase in locally transmitted cases. Parties of up to 10 guests are allowed in parts of the city, but residents are being encouraged to watch the seven-minute fireworks show over the Sydney Harbor Bridge on TV. A viewing party for frontline workers was canceled.

The fireworks display over Victoria Harbor in Hong Kong was also canceled, along with the Lunar New Year parade in February, according to The South China Morning Post.

In London, the annual fireworks along the Thames River have been canceled, but Big Ben, which has been silent while undergoing renovation, will chime at midnight. The city’s residents are under England’s strictest lockdown measures, which are being extended on Thursday to cover the majority of the country’s population. Under those rules, people can leave home only for certain activities, such as exercise and grocery shopping.

In Paris, the composer-performer Jean-Michel Jarre will host a free, virtual live-streamed concert called “Welcome to the Other Side,” from a studio near the Cathedral of Notre-Dame. France and Italy are among several countries in Europe that have imposed curfews during the pandemic to prevent large gatherings at night.

Federal and state leaders in Germany banned the sale of fireworks, as the government tries to limit gatherings.

In Rio de Janeiro, where revelers usually wear white and flock to the beach, the authorities will block beach access to prevent crowds from gathering.

And in New York, for the first time in decades, Times Square will be closed to most members of the public. Only dozens of selected frontline workers and their families will be permitted near the stage, where the performers will include Gloria Gaynor, who will sing her hit “I Will Survive.”

Will the ball still drop at midnight in Times Square?

Yes. While there will be no rowdy crowds, the descending crystal ball will still count down the final seconds of the year.

The ball first dropped in 1907, when hundreds of thousands of people watched fireworks over the newly built New York Times building. The tradition has happened nearly every year since, aside from 1942-43 and 1943-44, when lights were turned off as a precaution against air raids during World War II.

Thousands of revelers still gathered those years, even if the celebrations were less rowdy than usual.

“There was a note of sluggishness, an absence of real gayety,” Meyer Berger wrote in a front-page article in The Times on Jan. 1, 1943. “The restless thousands lacked zest. War somehow laid its hand on the celebration and tended to mute it.”

In 1918, a deadly pandemic swept the world, but the front page of The Times on Jan. 1, 1919, barely mentioned it, other than a small advertisement for lozenges to “ward off influenza!”

The headlines instead were dominated by the end of World War I.

On New Year’s Eve, “Times Square was crowded,” according to The Times, although it was not as loud as the celebrations after the end of the war less than two months earlier.

“Men in uniform were lined up, leaning against buildings on both sides of Broadway, watching critically to see whether New Year’s Eve in the heart of New York City was an event which deserved its reputation.”

Will the night look normal anywhere?

In New Zealand, the fireworks show and parties will go on as usual in Auckland, one of the first major cities to ring in 2021.

“Thanks to the incredible efforts of all New Zealanders to eliminate Covid-19, we’re in the fortunate position of being able to live our lives relatively normally,” Mayor Phil Goff said this month. “That’s worth celebrating, and this year’s spectacular display will be a perfect opportunity for Aucklanders to do that.”

I’ll be home. How should I celebrate?

There are plenty of virtual events happening, some of which require tickets.

Tomorrowland, a Belgian music festival franchise, is hosting a party with performers including David Guetta, the French D.J. and producer. Steve Aoki, the D.J., musician and music producer, will be headlining an event streamed by Los Angeles’s Grand Park. Anderson Cooper and Andy Cohen will be broadcasting live from Times Square starting at 8 p.m. Eastern on CNN.

If you never liked New Year’s Eve to begin with, this is the year to watch a bit of TV or listen to some music, go to sleep before midnight and revel in the fact that you’re probably not missing anything. 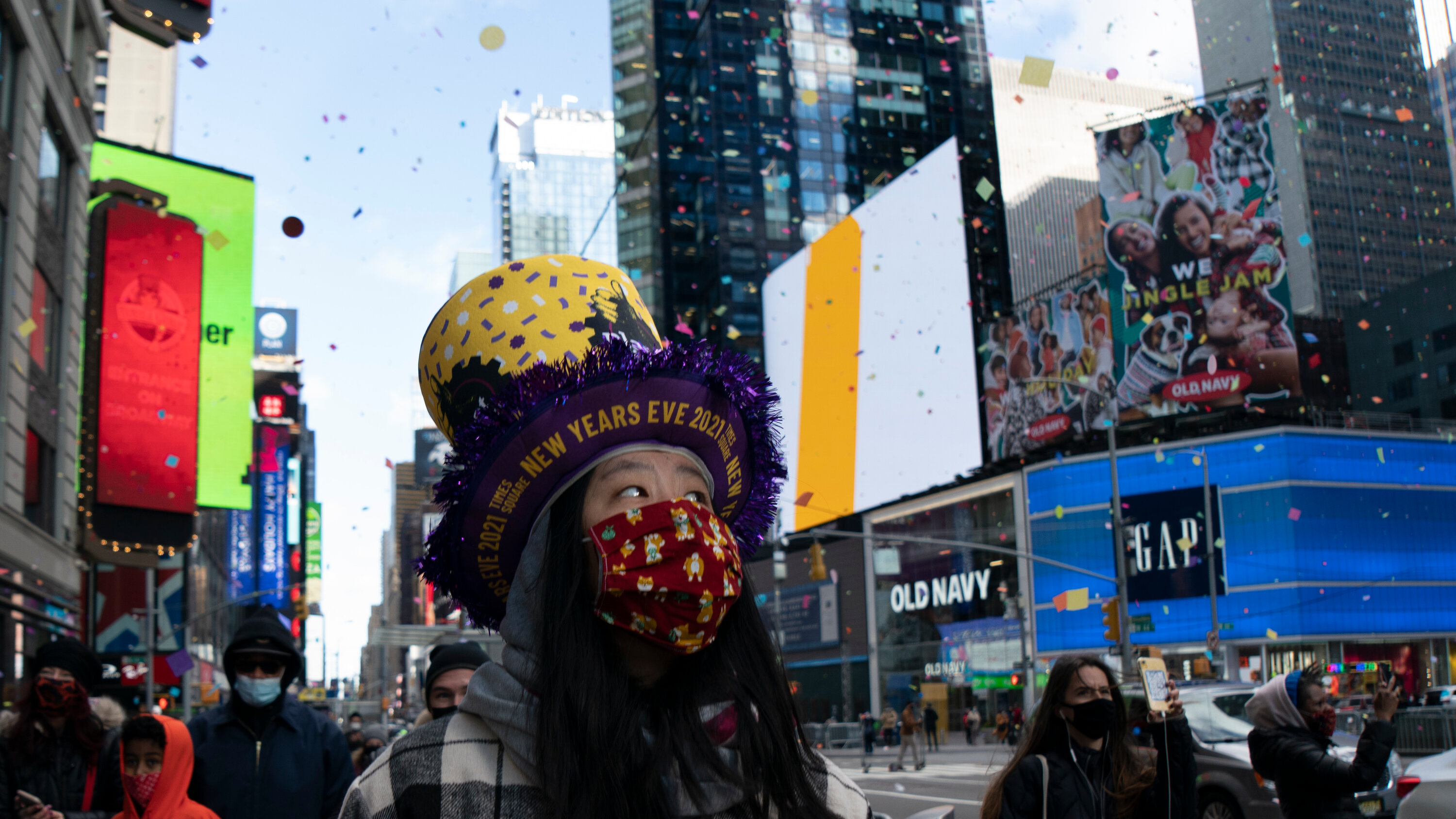