HONG KONG — Hong Kong’s highest court ordered Jimmy Lai, the pro-democracy publishing tycoon, back to jail on Thursday, just days after he was freed on bail, the latest twist in the continuing, flip-flopping legal battle over one of the city’s most prominent antigovernment figures.

The fate of Mr. Lai, the most prominent person to be charged under Hong Kong’s sweeping new national security law, has been seen by some as a barometer of the independence of the city’s judiciary. After being accused of colluding with “foreign forces,” including by calling for sanctions against Hong Kong, Mr. Lai was denied bail earlier this month.

But he won release on appeal last week, albeit under unusually strict conditions, including house arrest and a ban on using social media or speaking to reporters. The Hong Kong government immediately appealed that decision to the Court of Final Appeal, the city’s highest court.

The Chinese Communist Party’s official news outlets attacked the lower court judge’s decision to grant bail, calling Mr. Lai — the founder of the ardently pro-democracy tabloid Apple Daily — “notorious and extremely dangerous.” The state-run outlets even raised the possibility that a mainland Chinese court could take over the case, as is permitted under the national security law.

The Chinese government imposed the security law in June to quell furious antigovernment protests in Hong Kong, a former British colony that was promised 50 years of civil liberties and relative autonomy when it was returned to China in 1997. The new law allows for life sentences for the vaguely defined crimes of subversion, secession and collusion, and it grants the authorities broad enforcement powers.

The hearing before the Court of Final Appeal was closely watched, in part because it was the first time that a case under the security law had gone before Hong Kong’s highest court.

It was also seen as a test of a question at the heart of the new law: whether it essentially bans bail for national security defendants, as Mr. Lai’s critics argued that it does. Some legal scholars have worried that such a provision would violate defendants’ rights. The law states that “no bail shall be granted” unless defendants no longer prove a threat to national security.

But the Court of Final Appeal’s decision on Thursday was narrowly tailored, offering little resolution on such questions. The three-judge panel did not rule on how high the bar should be set for granting bail.

Instead, the judges agreed only to consider that question at a hearing in February, and to remand Mr. Lai into custody until then. The panel said the government had raised “questions of great and general importance” about the security law’s implications for bail.

The three judges on the panel were among those who had been chosen by Hong Kong’s chief executive, Carrie Lam, to hear national security cases, as mandated by the security law. Because chief executives are handpicked by Beijing through a committee, the judges’ selection by Mrs. Lam has led to concern about their impartiality.

But one of the judges on the panel, Chief Justice Geoffrey Ma, has been outspoken in defending the judiciary’s independence.

The lower-court judge who granted Mr. Lai bail, Justice Alex Lee, was also selected by Mrs. Lam. Justice Lee wrote in his decision that he believed the stringent bail conditions would prevent Mr. Lai from repeating his alleged offenses.

Justice Lee also said that public statements by Mr. Lai, which prosecutors had said proved that he had colluded with foreign powers, appeared to be “comments and criticisms,” not requests for actual interference with Hong Kong’s affairs.

Mr. Lai is scheduled to face trial in April. 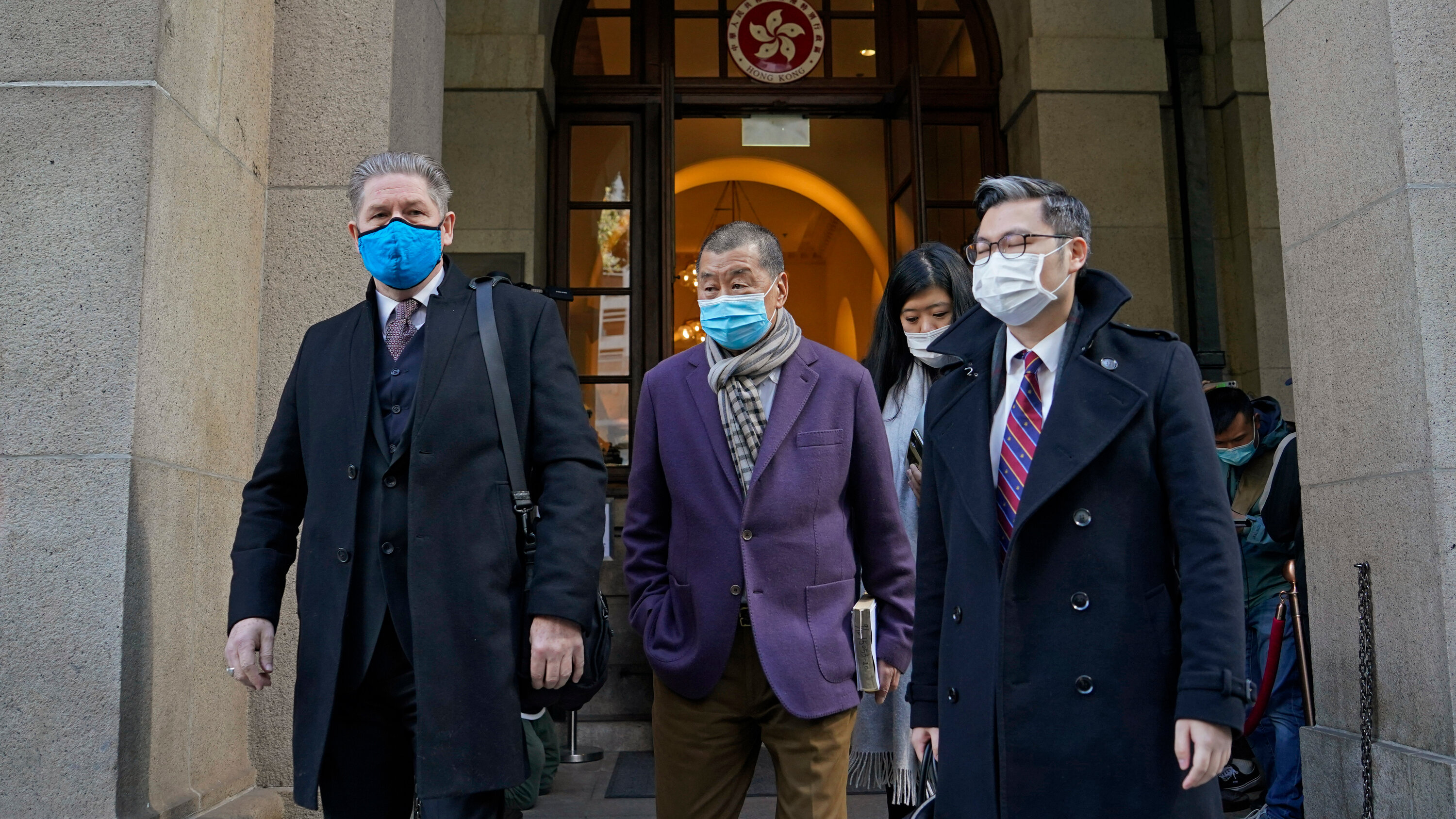