Home Sport Julius Randle Is Causing Something Rare: Excitement for the Knicks
Sport

Julius Randle Is Causing Something Rare: Excitement for the Knicks

You can count the games each N.B.A. team has played so far on a single hand. But since when has a small sample size ever stopped fans, especially Knicks fans, from being excited?

The Knicks, coming off seven consecutive losing seasons, have started this one 2-2 after defeating the Cleveland Cavaliers, 95-86, on Tuesday night. Before the season started, New York was widely considered one of the weakest teams in the league, if not the weakest. While no one is talking playoffs yet, there is plenty of early excitement, especially because of Julius Randle.

A 6-foot-8 power forward, Randle had a triple double against the Cavaliers, his first since 2018. And it wasn’t an outlier. Randle ranks in the top 20 in the league in points, rebounds and assists per game (14th, 12th and 10th). The only other player to do so is Nikola Jokic of the Denver Nuggets. Only one player did it last season, Luka Doncic of the Dallas Mavericks, a leading candidate to be this season’s most valuable player.

Randle is also ranking in the top 20 in a host of other categories, but two of those do give pause. He ranks third in turnovers with 20, including an ugly nine against the Cavaliers on Tuesday. And he ranks third in 3-point percentage at .692.

Wait, he’s hitting his 3s? How is that a problem? Because that gaudy percentage is, of course, unsustainable — the N.B.A. record for a season is .536. And unless Randle has miraculously become a long-distance sharpshooter, his percentage is likely to tumble quite a bit. In his career, he has shot only .304 from distance, and last season he shot .277. Once the 3s start to clang, as they must, some of Randle’s other numbers will start to slip.

The Knicks as a team lead the N.B.A. in 3-point percentage at .459; that’s after ranking 27th in that category last season. And their opponents’ 3s have not been falling. The Knicks have surrendered a 3-point percentage of .244, best in the league. While some of that must be credited to New York’s defense, some again is most likely a result of bad luck for opponents.

Under their new coach, Tom Thibodeau, the Knicks are still not taking many 3s; they rank next to last in the league at 27.3 attempts per game, about the same as last season. But they are doing much better at steering clear of the most dreaded shot in the league, the long 2: Last season, they ranked third in 2-point shots taken from 16 feet or more; this season so far they rank 21st.

The Knicks are also leaning on Randle quite a bit so far, maybe too much. He leads the team at 37.8 minutes per game. That is sixth in the league, and five more minutes than his career high.

Caveats aside, Randle is indisputably producing so far. His win shares per 48 minutes, a statistic that endeavors to sum up all of a player’s contributions, is 0.194, according to Basketball Reference, comfortably ahead of last season’s 0.062.

Randle was taken seventh over all by the Los Angeles Lakers in 2014 out of Kentucky, and played with them for four seasons, gradually coming into his own. He left as a free agent and averaged 20 points a game for the first time in his one season with the New Orleans Pelicans, then moved on to the Knicks for 2019-20.

If the Knicks are to have a breakthrough season, as their most fevered supporters are already hoping, they will need more than just Randle and a shower of successful 3s. So far the other Knicks seem to be on board, with shooting guard RJ Barrett, point guard Elfrid Payton and swingman Reggie Bullock all averaging a few points more per game than last season.

The team also added the veteran Alec Burks, and though he missed Tuesday’s game with an ankle injury, he is averaging what would be a career high of 21 points, helped by an impressive 10-for-15 mark on 3-point attempts.

Before this season, oddsmakers predicted the Knicks would win about 21 of their 72 scheduled games. Say what you want about sample size, but the team is almost 10 percent of the way there. 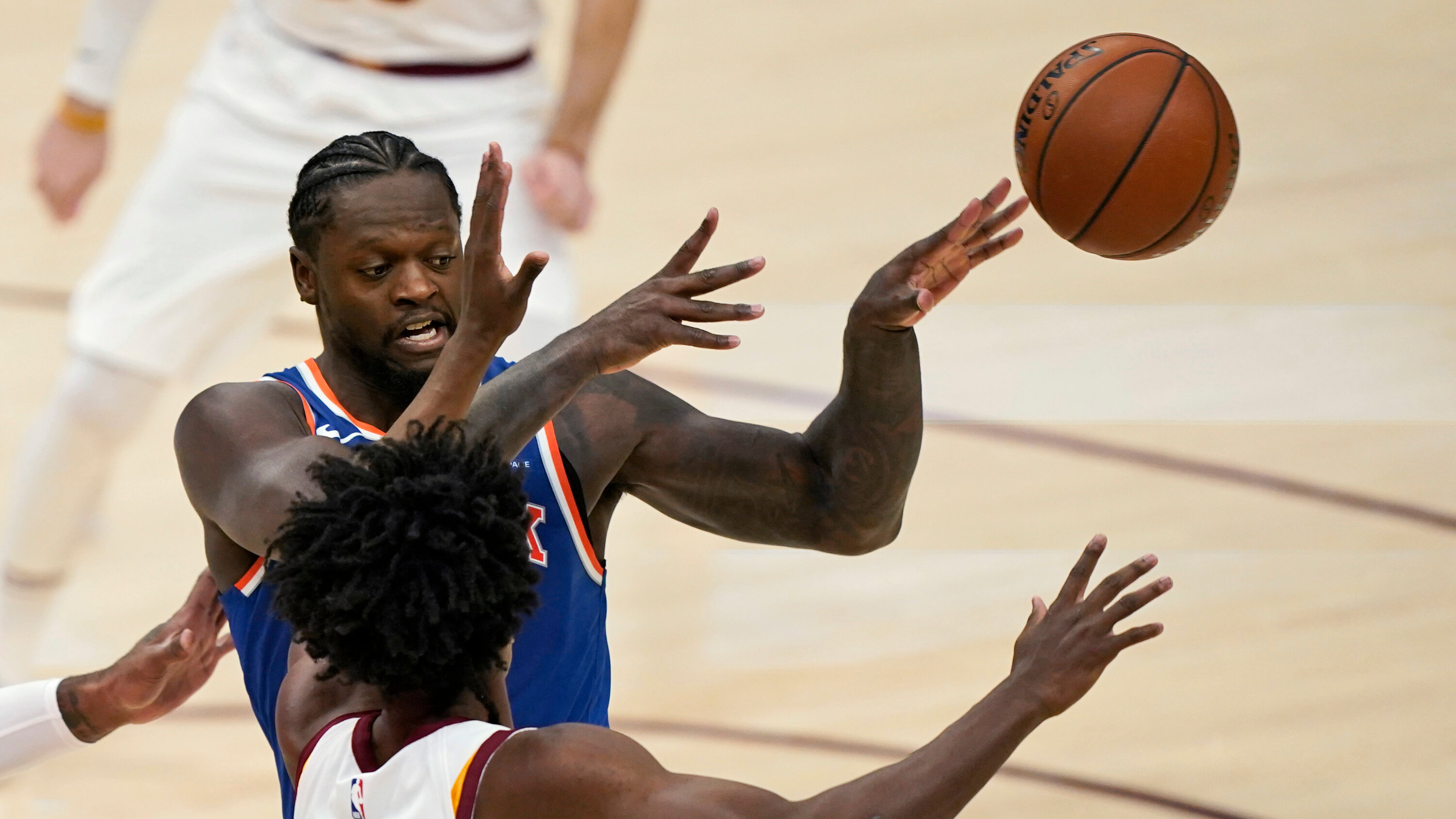