Home Sport K.C. Jones Never Got His Due in Boston. Race Played a Part.
Sport

K.C. Jones Never Got His Due in Boston. Race Played a Part.

In early December 1990, K.C. Jones sat in a hotel suite overlooking the New Jersey Meadowlands before a game with the Nets, trying to explain why a coach who won 75 percent of his games and two N.B.A. titles with Boston, and who reached four league finals over five seasons, had been shoved upstairs into a toothless front-office position before ultimately departing his beloved Celtics to coach in Seattle.

His new team, whose roster featured the very young Gary Payton and Shawn Kemp, had lost the previous night by 33 points to Larry Bird and the Celtics, with eight Celtics scoring in double figures. On the bench, Jones pointed out the opponents’ superior ball movement, hoping his players might learn something from the drubbing.

“See that — there’s no N-E-G-A-T-I-V-E,” he recalled telling the Seattle wannabes, who may or may not have appreciated that Jones’s selfless, unpretentious approach to the game was still as much a part of the Celtics as their parquet floor.

Teachable moments, those obvious or subtle, were not to be wasted. At one point during the hotel interview with two reporters, Jones excused himself to dial another room. “Quintin, what time is the bus tonight?” he asked. After a pause, Jones replied, “OK, see you there.”

The two reporters looked at each other, confused. What kind of coach needed to call Quintin Dailey, a player known for, shall we say, poor conformity habits to ask about when the bus would be leaving for the arena? Then it hit them — this was classic K.C., tactfully checking on Dailey, purposefully understated.

Jones returned to his seat and said, “Where were we?”

He was, as it turned out, nearing the end of a decades-long love affair with the game that was best defined by championship celebrations.

With Bill Russell, he won two N.C.A.A. titles at the University of San Francisco and an Olympic gold medal. With Russell in Boston, as a point guard specializing in defense, he won eight N.B.A. titles. As an assistant coach to his former Celtics teammate Bill Sharman in Los Angeles, he sprinkled championship dust on the Lakers in 1971-72. He won another ring in 1980-81 as Bill Fitch’s assistant in Boston and two more as the head coach during the prime years of the Bird era.

Sad to say, to the day he died at 88, on Christmas last week, Jones never got the credit he deserved.

Or put it this way: In a sport that defines its champions by the superstars who drive them, Jones never had the self-promotional skills or ego-driven desire to muscle his way onto a pedestal. He never overcame the news media stereotype of him as some hybrid shepherd/spokesman for the collective genius he sent onto the floor each night.

Consider that in the five years Jones coached the Celtics to a higher winning percentage, regular season and playoffs, than Red Auerbach, Russell, Fitch or anyone else, Jones never was voted coach of the year. His 1985-86 team won 67 games and went 40-1 at home — that wasn’t good enough.

“People saw him as this nice, quiet guy,” Danny Ainge said after Jones left the Celtics. “But he’s so intense, so competitive.”

It wasn’t as if Jones hadn’t played a winning coaching hand before replacing Fitch on the Celtics bench in 1983-84 (and promptly beating Pat Riley’s Lakers in the finals): In 1974-75, he coached Washington to a 60-22 record, a 13-game improvement over the prior season, beat the Celtics in the playoffs and made the finals. He lost the coach of the year vote to Phil Johnson and his 44 wins in Kansas City.

Of course, racial typecasting was part of this. Just one Black head coach won the Coach of the Year Award in its first 28 years — none in the 1980s. In those days, the N.B.A. was only marginally better at developing and honoring Black coaching talent than other professional sports. The most reliable path for a Black man to the hot seat was, by and large, being a brand-name star in his playing market — a Russell in Boston, a Willis Reed in New York, a Lenny Wilkens in Seattle.

Jones was certainly no headliner as a player — an unreliable shooter who averaged 7.4 points and 4.3 assists per game over nine years. He was a Celtics loyalist, however, and that got him the job, in part because Fitch sometimes objected to Auerbach’s heavy front-office hand. Jones was hired with such fanfare that he learned of the appointment from a flight attendant. Auerbach confirmed it later and told him: “Come in tomorrow — and don’t bring an agent.”

That made Jones something of a precedent-setter, for this was how the network served so many white journeymen players, even Riley, who, like Jones, was handed a team that had already won a title (under Paul Westhead). And while Riley didn’t win coach of the year until the 1989-90 season, his last in Los Angeles, he parlayed his excellent work with the Lakers into best-selling motivational books and lucrative banquet speaking fees.

Before long, rare was the assertion that all Riley had to do was hand the ball to Magic Johnson, enjoy the view from the bench, as was the case with Jones and Bird in Boston.

Jones was no doubt obscured by the rise of the celebrity coach, on the pro and college levels. By men who had polished nightly monologues and celebrated systems. If they won, they were hailed as brilliant. If they lost, the players didn’t fit the system. Some wise old heads considered this to be self-serving nonsense. Red Holzman was one of them. While Hubie Brown lectured the world with a bullhorn (on his way to a sub .500 career record) as Holzman’s replacement with the Knicks, Holzman quietly admired Jones’s work in Boston.

Jones’s teams, he would say, played beautiful situational ball, exploiting the weaknesses of their opponents. His players weren’t fast, but they ran perfect positional fast breaks. Like Holzman with the championship Knicks of the early 1970s, Jones was good with them getting all the credit. He was a company man who accepted, without public rancor, the front-office plot to replace him with Jimmy Rodgers, a longtime Celtics assistant.

Jones’s last season in Boston, when injuries and age were taking a toll, produced 57 wins and a conference-finals loss to the rising Detroit Pistons. It was his first failure there to make the finals. Letting the reporters come to their own conclusions in that New Jersey hotel, he said, simply: “And here came Jaws.”

Under Rodgers, the Celtics didn’t make it out of the first round for the next two years. But sharks leave reputational scars, too. Though Jones made the playoffs in his one full season in Seattle, he was fired in early 1992 with an 18-18 record, as management brought in George Karl as its preferred teacher for Payton and Kemp.

Draw your own conclusions on that. 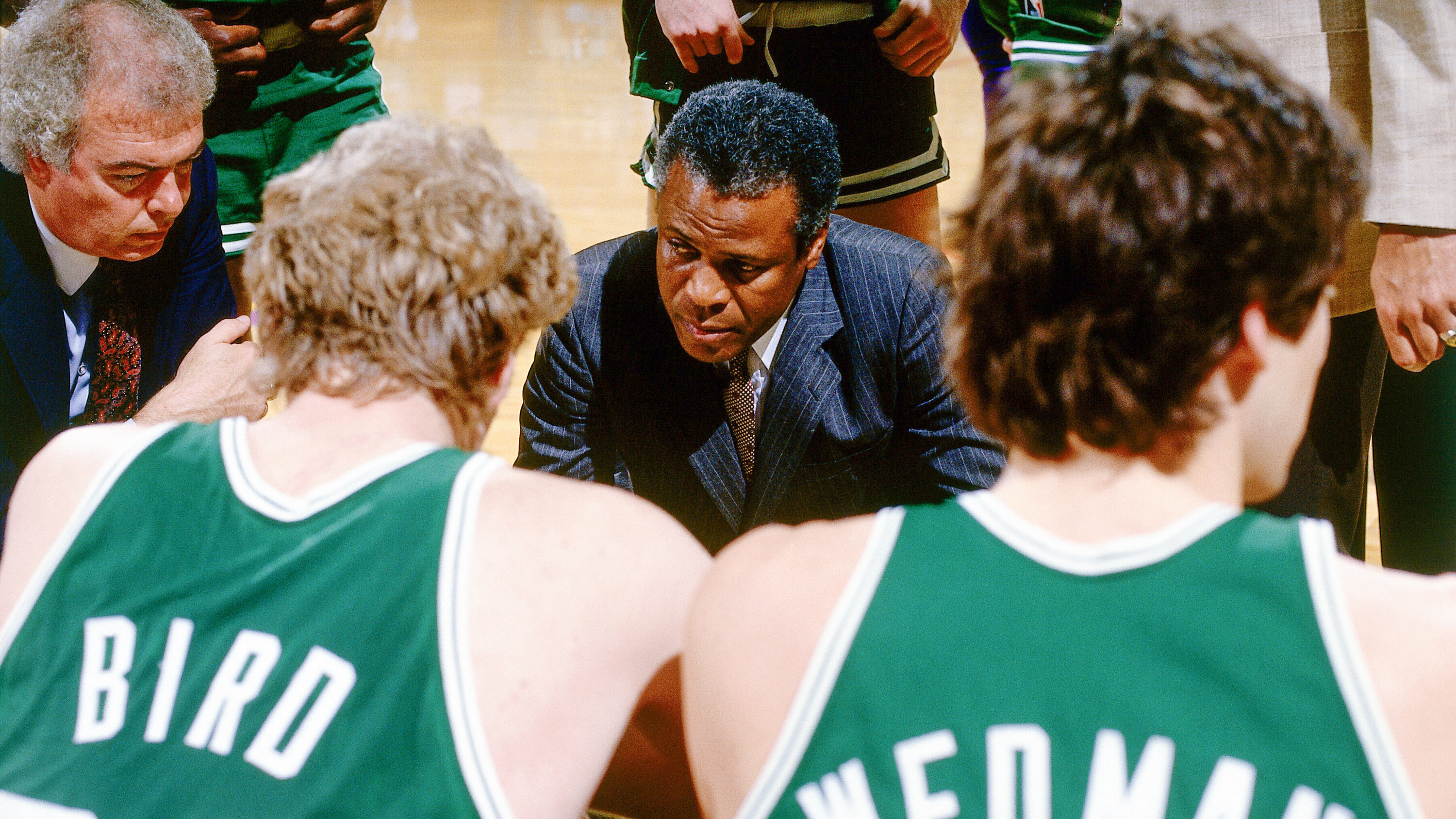 Facebook
Twitter
Pinterest
WhatsApp
Previous articleAnother Top U.S. Tennis Tournament Is Postponed Because of the Coronavirus
Next articleDeep Within Relief Bill, Horse Racing Gets New Tools to Clean Up