The Jets and Sam Darnold are reaching a crossroads. The Cleveland Browns and Chicago Bears are facing similar decisions with Baker Mayfield and Mitchell Trubisky. Should these teams offer their marginally impressive, often disappointing young starters budget-burdening contracts or send them away and start over again?

There is no middle ground. If there exists a compensation package for a former first-round quarterback that lands somewhere between nine-figure golden handcuffs and bus fare out of town, N.F.L. front offices have yet to discover it.

Darnold, Mayfield and Trubisky have all made their teams’ decisions trickier by playing well — but not that well — over the past few weeks. Darnold has led the Jets to back-to-back victories. Mayfield threw 10 touchdowns and just one interception in a four-game stretch that ended when a coronavirus outbreak left him throwing to scout-team wide receivers in Sunday’s loss to the Jets. Trubisky has completed over 70 percent of his passes and thrown six touchdowns while leading the Bears to three straight victories, albeit against a trio of scuffling opponents.

All three quarterbacks could be showing signs of improvement at the end of their third (Darnold and Mayfield) and fourth (Trubisky) N.F.L. seasons. Or their warm streaks may simply be random fluctuations caused by the quality of their opponents, some lucky bounces and heavily tempered expectations.

Trubisky is just a few weeks removed from being benched in favor of Nick Foles. Mayfield behaved as if he were his own internet troll at times last year and struggled against quality defenses early in this season. Darnold is graded on the Jets curve: Showing up and trying his hardest guarantees at least a C-plus.

The contracts of first-round draft picks come with built-in fifth-year team options: The player gets a hefty raise (Darnold’s base salary, for example, would jump from roughly $920,000 in 2021 to around $25 million in 2022), while the team gets an extra year of evaluation/procrastination. So the Jets and the Browns could delay their final decisions on Darnold and Mayfield until 2022. But exercising a quarterback’s fifth-year option is like asking a fiance to postpone the wedding until they finish graduate school: perhaps prudent, but an undeniable sign of one’s true feelings.

The next Jets head coach is likely to approach undoing Adam Gase’s handiwork the way Batman defuses one of The Joker’s time bombs: The safest bet is to just hurl everything into Gotham River. So if the Jets keep Darnold, it may be only as a lame-duck place holder while his rookie replacement learns the playbook. Under such circumstances, a trade or release could provide both the Jets and Darnold a much-needed fresh start.

The Bears declined Trubisky’s fifth-year option last off-season, so he enters 2021 as a free agent, leaving the team with several expensive, suboptimal choices. Franchise tagging Trubisky would cost the Bears more than the nearly $32 million one-year salary that Dak Prescott earned from the Dallas Cowboys’ indecision this season. A long-term contract may cost around $118 million over four years, as indicated by Ryan Tannehill’s contract with the Tennessee Titans. The cap-strapped Bears would struggle to afford either choice, neither of which Trubisky has earned.

Front-office politics could also play a role in the Bears’ decision. General Manager Ryan Pace famously traded a bundle of mid-round draft picks to the San Francisco 49ers in 2017 to select Trubisky when Patrick Mahomes and Deshaun Watson were still on the board. An executive who admits such a huge mistake rarely gets the chance to make another one. All the more reason to pretend that Trubisky is a late-blooming Aaron Rodgers.

Mayfield has outperformed Darnold and Trubisky, overcoming many youthful bad habits while leading the Browns to their first winning record since 2007. That makes the team’s next decision even more perilous. Mayfield appears to be in line for a contract in the $32 million to $40 million range per year, like those signed by Watson, Jared Goff and Carson Wentz in recent years. (Mahomes’s $500 million contract, like his entire career so far, belongs in its own category).

The Eagles, of course, have benched Wentz in favor of the rookie Jalen Hurts. But Wentz’s huge contract will make trading him like trying to sell a Lamborghini with 48 remaining payments after it was hit by a train. And Goff is the football equivalent of a $40 hamburger. Watson has played well in hopeless circumstances, and not every mammoth quarterback contract brings instant regret. But if the Browns choose to overpay Mayfield for “good enough,” they are likely to get precisely what they bargained for.

It’s easy to suggest that any team that is not completely satisfied with its young quarterback’s development should cut bait and dip instead into next year’s deep pool of can’t-miss rookies. But Darnold, Trubisky, Mayfield, Wentz and Goff all came from similar can’t-miss pools. If selecting and developing a franchise quarterback were easy, multiple teams would not face this predicament each year.

Ultimately, the Jets will probably trade or release Darnold; Mayfield should get Goff/Wentz money from the Browns; the Bears will find a solution to the Trubisky conundrum that makes sense only to the Bears; and everyone will wish they had selected Mahomes when they had the chance. The whole cycle will just begin anew next year when the Giants try to figure out what to do with Daniel Jones. 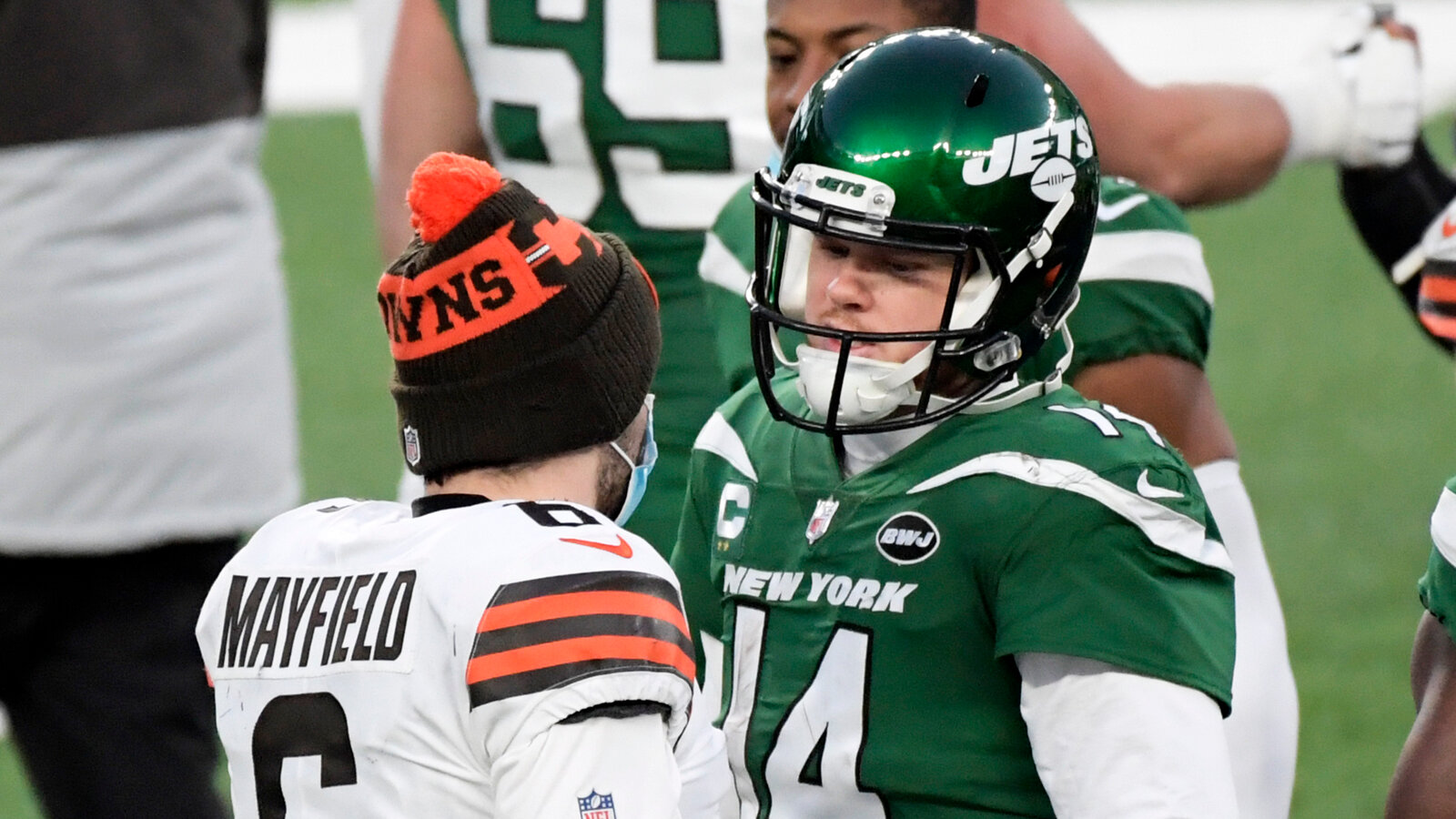