Home Sport Randall Cunningham Is Back in the N.F.L. ... as Raiders Chaplain
Sport

Randall Cunningham Is Back in the N.F.L. … as Raiders Chaplain

Despite his best efforts, Randall Cunningham just can’t retire from football. A former quarterback for the Philadelphia Eagles and Minnesota Vikings, he tried walking away from the game twice, dabbling in a variety of activities to fill the void.

“Going golfing and going to the movies, and concerts or boxing matches,” Cunningham said. “It got boring.”

After his second retirement from the N.F.L., in 2002, Cunningham settled in Las Vegas permanently, and became an ordained pastor two years later. With his wife, Felicity, the couple began their own church, Remnant Ministries, where Cunningham gives three services every Sunday to a small live audience and, he estimated, around 4,000 online viewers. In the meantime, he has also coached their two children: Vashti and Randall II are both Olympic team hopefuls in track and field.

But this past summer, when the Raiders also settled in the city from Oakland, Calif., football came knocking once again. The team’s head coach, Jon Gruden, had an idea about luring Cunningham back — as the Raiders’ chaplain. “That guy warms my heart,” Gruden said. “He is special. He has a great way of spreading the Lord’s word, he is a great resource and great friend to all of us.”

Gruden, who was Philadelphia’s offensive coordinator in Cunningham’s final season there, said, “To be reunited with him at this point in life is really cool.”

No other N.F.L. team has as its spiritual adviser a former superstar player, but both men insist that Cunningham, famed for being a progenitor of the modern game’s dual-threat quarterback role, maintains a singular focus in his new role. “I coach them in the spiritual aspects of life, and that’s it,” Cunningham said.

The reality of Cunningham’s first season as Raiders chaplain has been plenty different from the hands-on pastoring and locker room camaraderie that have been made impossible this season because of the N.F.L.’s Covid-19 protocol.

“I haven’t had the opportunity to slap Zay Jones a high-five, or hug Alec Ingold, or give a fist bump to Darren Waller,” Cunningham said. Instead, Cunningham stays in touch through phone calls and texts. He hosts a 7 p.m. Bible study on a video call the night before games where, sometimes, football seeps into the message.

The night before the second game of the season, when the New Orleans Saints visited, Cunningham focused on the original underdog story — David’s battle with Goliath. “I said, ‘Man, here comes Goliath, the great champion from Gath, all the accolades and all the victories,'” Cunningham recalled. “Drew Brees is the man, so is the coach, but you have to take Goliath down.”

As he spoke to the Raiders players on the video call that night, Cunningham was so focused on the story of young David knocking out the giant with a slingshot, that he kept accidentally calling Derek Carr, the team’s starting quarterback, David (the name of his older brother, who is a retired N.F.L. quarterback).

The next day, Derek Carr played like the biblical David, throwing three touchdown passes and leading the Raiders to a 34-24 victory in their first game at home in Las Vegas. “It felt like I had affected them in a way that gave them a little confidence,” Cunningham said. “Not false confidence, but to give them true confidence to go out and be who they are.”

Carr talked to Cunningham on the phone on his drive home from the stadium after sustaining a serious groin injury in a loss to the Los Angeles Chargers this month. The Raiders starter left the must-win Thursday night game in the first quarter and watched his team lose in overtime from the sideline, their playoff hopes almost completely dashed. Together, they prayed for healing.

The Raiders did not make any players available for comment, but Carr’s agent, Timothy Younger, said in an email to The New York Times that Carr and Cunningham have “an extremely close relationship, and Derek recognizes his own growth this year due in large part to Randall’s help.”

In a text message via his agent, Raiders receiver Nelson Agholor said: “Randall is amazing. The same passion he played with, he preaches with.”

In his playing days, Cunningham loved being a star and redefining what it meant to play quarterback with each mad dash. In the 1990 season, Cunningham passed for 3,466 yards and 30 touchdowns, and also rushed for 942 yards and five touchdowns.

He drove a Porsche, buddied up with celebrities, and dressed in bold outfits that his Eagles teammate Keith Byars compared to Michael Jackson’s style.

Cunningham regularly made headlines in Philadelphia for quotations that could come off as selfish and cast doubt on his leadership ability. After he evaded a Bruce Smith sack and threw an improbable 95-yard touchdown pass in a losing effort against the Buffalo Bills in 1990, Cunningham said, “Sometimes I do amaze myself.”

Byars said he often had to act as a mediator between his quarterback and members of the defense who took issue with Cunningham’s comments. “When Randall first came into the league, he was in a cocoon and waiting to expand who he was,” Byars said. “You can’t help others until you help yourself, and get to know yourself. And so, that’s what Randall was going through early in his football career, still knowing who he was.”

Cunningham grew up in Santa Barbara, Calif., going to church on Sundays, but it wasn’t until he came out of retirement for the first time in 1997, after spending a year away from the game following 11 seasons in Philadelphia, that he became serious about his faith.

He had spent the time off running a building supply company and serving as an analyst for TV broadcasts. But on a vacation in Hawaii with his family, Cunningham realized he wasn’t cut out for a life of leisure.

“It was beautiful, but there came a time when it was like, ‘Wow, is this what life is?'” he said. “Just drinking iced tea and having a nice meal and working out every day?”

Cunningham returned to the league with Minnesota in 1997 and became involved with the Vikings’ team ministry. He said he started praying between plays and during commercial breaks: “Lord, I am about to launch this ball to Randy Moss. Please let him catch it for a touchdown.”

After the 2001 season, his final one as a player, Cunningham went back to Las Vegas and continued to lead a Bible study he had started there a few years earlier.

“He is one of the favorite sons here in Las Vegas,” Gruden said of Cunningham, who set passing records that still stand during his college career 40 years ago at the University of Nevada, Las Vegas. It didn’t take long for his ministry to take off.

“The next thing you know, we had 90 people in the Bible study,” Cunningham recalled, “and my pastor said, ‘This is not a Bible study, it’s a church.'”

Cunningham says he does not want to get into coaching or any front office roles, but he does confess to bigger ambitions for his work as team chaplain.

A missed field-goal attempt stopped Cunningham from making it to a Super Bowl with the Vikings in the 1998 season, the best year of his career. He won just two of seven playoff games with the Eagles, never advancing past the divisional round. The Raiders are officially out of postseason contention this year, but now that he is back in the N.F.L., Cunningham has his eye on that elusive Lombardi Trophy.

“I want to preach myself into a Super Bowl ring,” he said. 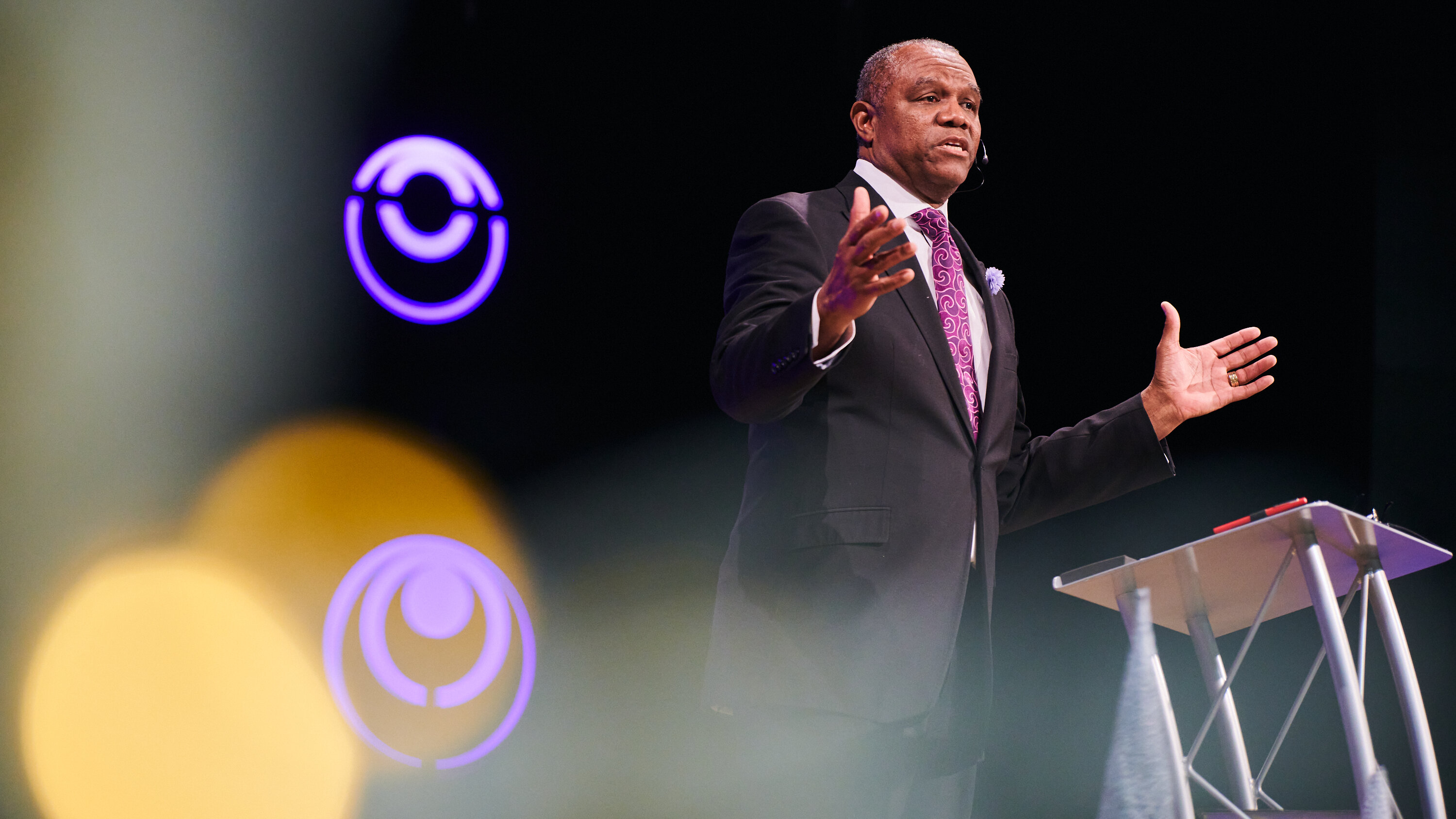 Facebook
Twitter
Pinterest
WhatsApp
Previous articleGerman Automakers Are Charged Up and Ready to Take on Tesla
Next articleAn Olympic Dream Is Reborn, Despite Fears of Brain Trauma