The Sun Bowl, which has been played in El Paso, Texas, every year since 1935, is such a local institution that its organizers were determined to play the game even if teams arrived the day before the New Year’s Eve kickoff and attendance had to be capped at 8,600.

Then, as Thanksgiving arrived, the coronavirus pandemic overwhelmed their city and showed no signs of relenting.

“When our convention center was turned into a hospital and they were bringing in portable morgues to put bodies in and the National Guard was called in to help, we said do we really want to have a football game in this situation?” said Bernie Olivas, the executive director of the Sun Bowl. “Is it really worth it?”

After a few quick meetings, the answer became apparent. On Dec. 2 organizers canceled the game.

As the pandemic college football season limps to a conclusion — with players and coaches continually sidelined, games regularly wiped out, and nerves frayed after months of isolation and uncertainty — Olivas’s question is one that might be asked more broadly: Is it really worth it?

Consider where things stand: Sixteen bowl games (out of 44) have been canceled, including two this week that were called off days before they were to be played. More than two dozen schools — including Penn State, Southern California and Florida State — have chosen not to play, in some cases because players preferred to spend Christmas at home with families they had not seen since the summer. (This has left Mississippi State, at 3-7, in a bowl.)

The Rose Bowl — the bowl season’s marquee event, and this year the host of a playoff semifinal on Friday between Notre Dame (No. 4) and Alabama (No. 1) — has been moved from its home in Pasadena, Calif., to Arlington, Texas, after Notre Dame Coach Brian Kelly threatened a boycott. Kelly’s protest was because of health and safety — that state rules were so restrictive in California that his players’ families would not be able to attend the game

That won’t be a problem now; about 16,000 fans will be allowed to attend the game now that it’s in Texas.

Infection rates are lower in Tarrant County, where the game will be played, than they are in Los Angeles County, but there are fewer intensive care beds available — they were at 99 percent capacity on Monday — and two refrigerated trucks are stationed outside the Tarrant County Medical Examiner’s office.

Another sign of the new normal arrived this week when two of ESPN’s broadcast analysts who were scheduled to work the game — Kirk Herbstreit for television and Greg McElroy for radio — said they had contracted the virus. (This has not stopped the Rose Bowl Game organizers from hosting a media hospitality suite.)

The other semifinal on Friday pits Clemson (No. 2) against Ohio State (No. 3) in the Sugar Bowl in New Orleans — or is it the Covid Bowl? Clemson says it has had 37 players test positive this season (including star quarterback Trevor Lawrence) and announced on Wednesday that its offensive coordinator, Tony Elliott, would not be at the game because of Covid-19 protocols. Ohio State, which does not release any information about tests, paused workouts over the summer, canceled one game because of an outbreak, held out 23 players as well as Coach Ryan Day from its final regular-season game and withheld 22 players from the Big Ten Championship game.

That Ohio State is in the four-team tournament despite playing just six games — five fewer than the others — has irked Clemson Coach Dabo Swinney.

“I know we can say, well, yeah, they should be one of the best teams,” Swinney said. “Well, the game’s not played on paper.”

Ohio State has done plenty of finagling to be in the picture. First, it persuaded the Big Ten to lift its minimum-game requirement for the conference title game. Then it succeeded in having the 21-day sit-out period for infected players reduced to 17, which may enable players like the star receiver Chris Olave to return for the Clemson game.

That three-week period was touted by the Big Ten as an example of how it was protecting the health and well-being of its players when the conference reversed course in September and decided to play this fall.

But it is one of many proclamations that have turned out to be chiseled in sand — dating to April when the College Football Playoff Executive Committee, led by 10 conference commissioners and the Notre Dame athletic director, Jack Swarbrick, pointedly told Vice President Mike Pence that this was not like the pros: If students weren’t on campus for classes, they wouldn’t be on the fields to play sports.

That lasted as long as it took to calculate the size of the crater in athletic department budgets.

Soon, commissioners like the Pac-12’s Larry Scott began suggesting that athletes, unpaid as they are, were much safer from the virus on campus than they would be at home. Six months later, the data — more than 6,600 cases at 78 Football Bowl Subdivision schools, The New York Times reported earlier this month — would argue otherwise.

All those cases have contributed to missed practices, paused workouts and canceled games, which players and coaches have readily acknowledged have taken an emotional toll. And with more than 200 players across the country opting out before and during the season, the competitiveness and the quality of the games has seemed to suffer as well, which has led already declining TV ratings to nosedive.

The most-watched game of the last regular season, Louisiana State at Alabama, drew 6 million more viewers than the most watched game this season: Clemson at Notre Dame.

That game on Nov. 7, though, did provide the season’s most indelible moment, which had nothing to do with players. It came at the end, when Notre Dame had secured a double-overtime victory: More than 8,000 students rushed outnumbered security guards and stormed the field, leaving viewers, announcers, and school and local health officials dumbstruck as they partied.

It also neatly embodied a season when, from start to near the finish, college football lowered its shoulder pads and tried to run through a pandemic. 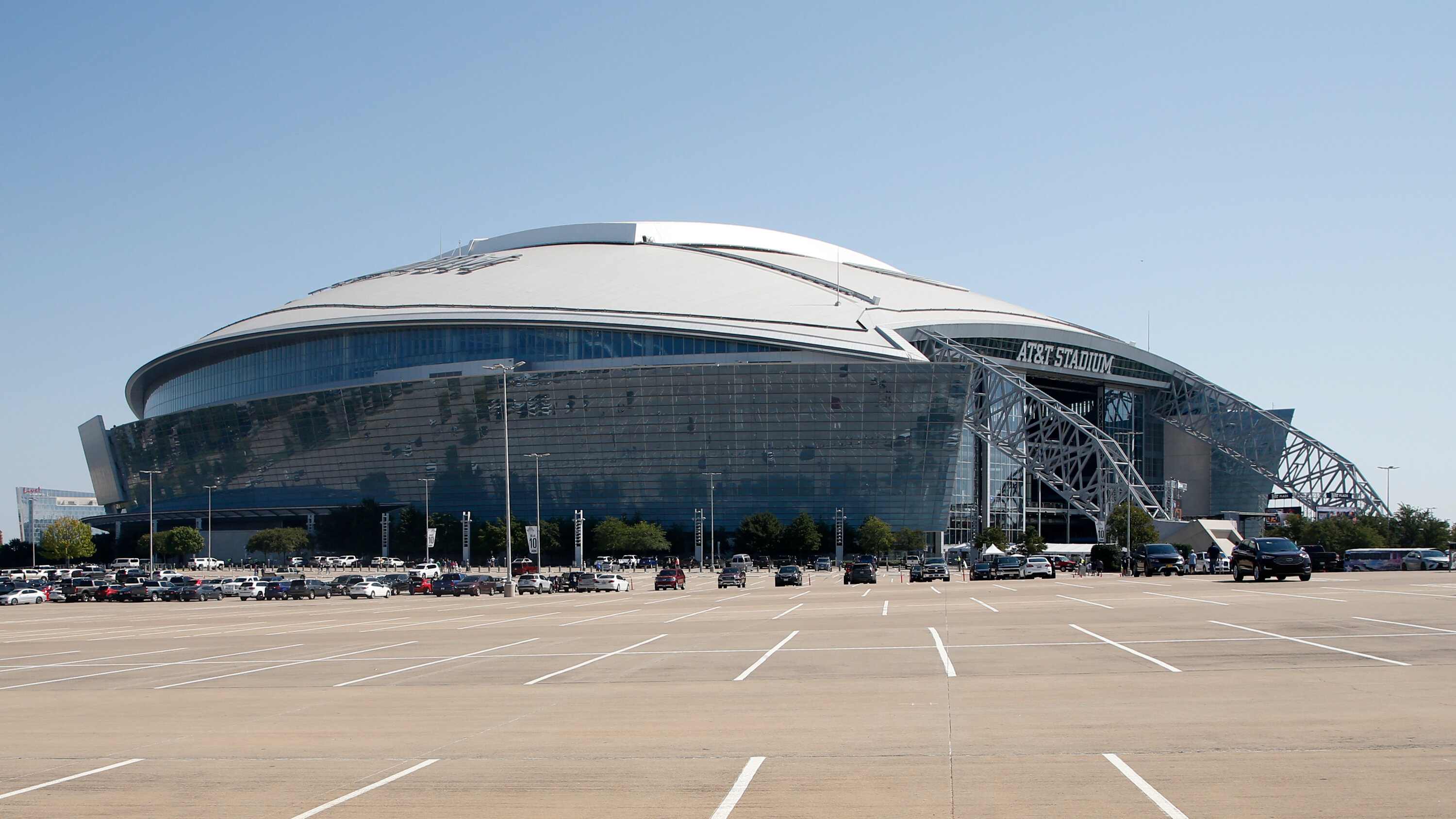