PARIS — France’s publishers are usually cloistered in newspapers’ genteel book sections or discussed with near reverence on television literary programs. But for the past 12 months, they have been under the harsh spotlight of muckraking online investigators and of police blotters.

The Paris headquarters of the publisher of Proust and Céline was raided in February by police officers seeking documents incriminating a pedophile writer, Gabriel Matzneff. A powerful editor was caught in a scheme that handed Mr. Matzneff a prestigious literary prize, awarded by a jury that included the 2008 Nobel laureate in literature, an “immortal” member of the French Academy and some of France’s best-selling writers.

Those developments and others painted a broader picture of an insulated, out-of-touch literary elite long used to operating above ordinary rules — of morality, business or common sense — according to dozens of interviews over the past year.

It was Mr. Nora himself who drew scrutiny by — no surprise — publishing a book: “Consent,” the account of Vanessa Springora who, at the age of 14, became involved with Mr. Matzneff, the openly pedophile writer who was protected for decades by France’s literary, media and political elite. Its publication last January — and subsequent revelations about Mr. Matzneff, his supporters and his other victims — set off a #MeToo moment in France, a reckoning over sexism, age and consent, and brawls among politicians and feminists in the capital.

Mr. Nora said he didn’t hesitate to publish the book, even though its contents involved individuals from France’s small literary circles.

“It’s such an incestuous environment that if you start to say, this is going to displease this or that person, then I wouldn’t publish,” he said, adding, “I thought that it could cause a stir in this very small environment, but I never thought that it would have this butterfly effect ending in a tsunami.”

As the head of a leading publisher for the past 20 years, Mr. Nora, 60, occupies an unusual role in France — the chief executive of a business but also the guarantor, in a nation where fiction remains sacred, of what he himself described as a “social good.”

In a recent two-hour interview at his office, Mr. Nora spoke of his deep commitment to publishing works that reflected the divergent views of a society that often seems at war with itself, even as he acknowledged that the publishing industry — even less diverse than its counterpart in the United States — often failed to do so. He appeared torn between his belief that France’s literary juries — fraught with collusion and conflicts of interest — should reform and his doubts that they could.

He wasn’t the only one to harbor misgivings.

Hugues Jallon, the head since 2018 of Seuil, another top publisher, said he had grown increasingly frustrated by the literary juries’ corrosive influence.

Unlike Britain’s Booker Prize or the American Pulitzer, where juries change every year and judges recuse themselves over potential conflicts of interest, at most top French prizes, jurors serve for life and can even be employees of a publishing house, preserving the interests of an established elite.

“It’s an aberrant system,” Mr. Jallon, 50, said. “There should be strict rules against being a juror when you’re employed by a publishing house.”

A lot of money is at stake. Such was the awards’ impact on sales and a publisher’s bottom line, Mr. Jallon said, that they swayed decisions on what Seuil published, leaving other manuscripts begging.

When it came to prizes, including top ones like the Renaudot, even a little pressure could be applied, Mr. Jallon said. “We’ll go meet the jurors to tell them: ‘Read this one, it’s meant for you.’”

The financial impact of winning a Goncourt, the biggest prize, was “enormous, it’s totally distorting,” Mr. Jallon said, adding that Seuil’s owners were keenly aware of it.

“They ask me: ‘So are you going to get the Goncourt this year?’” he said.

The reservations of Mr. Nora and Mr. Jallon are especially significant because historically, along with Gallimard, their publishing houses, Grasset and Seuil, led the industry in France. Nicknamed “Galligrasseuil,” the three have long had a grip on literary prizes.

Since 2000, these houses have collected half of all awards at France’s top four literary prizes, while publishing the books of nearly 70 percent of their judges. Of the 38 current judges across the top four prizes, nearly 20 percent are employees of one of the three publishing houses.

Antoine Gallimard, the head of the company founded by his grandfather, declined interview requests for this article. Though widely considered France’s most prestigious publishing house, Gallimard came under criticism in the past year for having long published Mr. Matzneff, the pedophile writer.

Jean-Yves Mollier, an expert on the history of publishing, said that Gallimard was slower to change than the other major publishers.

“They pretend to be above the fray and consider that the sheen of time has exonerated them from descending into the arena,” Mr. Mollier said.

Industry insiders and experts said that Mr. Gallimard was the most aggressive publisher in the quest for top awards.

At Grasset, Mr. Nora said he began weaning his company off the business model of prizes when he took over two decades ago. Back then, Grasset used to give generous advances to authors who were jurors to secure their loyalty — a practice that eventually attracted the attention of the tax authorities, because the authors often did not bother delivering manuscripts.

Not that it necessarily bothered Grasset. “You had somebody who knew that he hadn’t honored a contract with you — who was morally indebted to you, a fact that increased your influence over him,” Mr. Nora said.

Today, while publishers might lower an author’s future advances after poor sales, they would refrain from doing so in the case of an author who sits on a jury, Mr. Nora said.

“The advance won’t be lowered or indexed to sales because he belongs to a jury,” Mr. Nora said.

There was not enough “talent” in France’s small literary world to establish a jury system with new judges very year, Mr. Nora said. He suggested that changing a third of each jury every five years would be more feasible and bring in new faces.

But Ms. Duval said that, more than anything else, it was the literary establishment’s resistance that made it impossible to adopt juries that would change every year.

“All the people who are involved have no interest in change,” she said, adding that leading publishers benefited from employing or publishing jurors. “It’s easier for publishers to control juries that way.”

Today, juries are dominated by aging white men appointed for life, resulting in a kind of “entropy” that Mr. Nora said also afflicts the publishing industry — and France at large. If the literary world remains “very, very, very white,” he said, so do France’s “press, television and politics.”

The powerful reading committees of editors and professional readers, which decide what gets published in France’s most prestigious houses, do not reflect the country’s diversity.

Of the 37 members of the reading committees at Grasset, Seuil and Gallimard, the average age is 62, about a third are women and only one is not white, according to data provided by editors at the three houses.

Mr. Nora said he was acutely conscious that France’s older generations had a very different perspective on gender, feminism, race, colonialism and the country’s other burning social issues.

“It’s obvious that awareness of hot topics, people of my generation experience that in a defensive way — there’s an extreme difficulty in thinking against oneself and in deconstructing a system of which we are the product,” he said. “A great difficulty.”

Some were just starting to address the problem.

The person behind the collection, Mahir Guven, 34 — a child of Turkish and Kurdish refugees and a novelist and editor who was encouraged by Mr. Nora — said he sought first-time authors who had not considered that they had a voice in France.

“There are,” he said, “missing texts in France.” 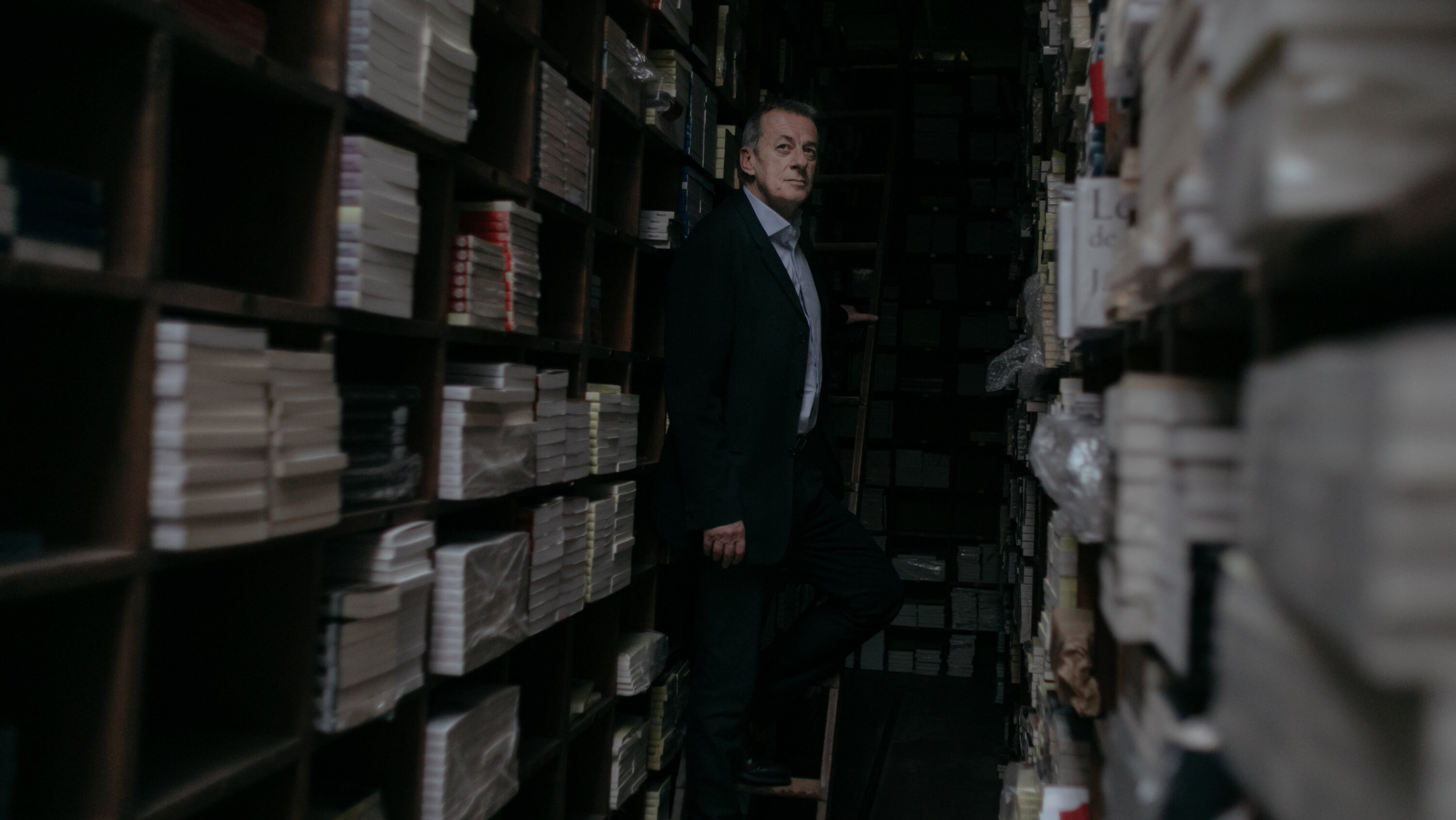 Facebook
Twitter
Pinterest
WhatsApp
Previous articleGiants Bumble Their Way Into a Win to Retain Playoff Hopes
Next articleWhat We Learned From Week 17 of the N.F.L. Season

German Automakers Are Charged Up and Ready to Take on Tesla