Home Sport Giants Bumble Their Way Into a Victory, but Washington Wins the Division
Sport

Giants Bumble Their Way Into a Victory, but Washington Wins the Division

Perhaps it is no surprise that a Giants regular season that began with five successive defeats, one victory in the first eight games and a startling late-season charge into playoff contention would not conclude with a routine, humdrum game. No, this topsy-turvy Giants season deserved to end with gripping drama, slapstick failure and ultimately gratifying perseverance.

Sunday’s game against the Dallas Cowboys, with a potential postseason berth on the line, did not disappoint. In frantic fashion, the Giants spent nearly the entire second half desperately trying to cling to a tenuous 11-point first-half lead they had built.

The tension built until the final 58 seconds of regulation, with the reeling Giants still ahead by 4 points, when the game officials huddled, and then turned to a video replay, to decide what had transpired at the bottom of a pileup caused by a shocking, bumbling fumble by running back Wayne Gallman at the Giants’ 39-yard line.

Several players from both teams pounced on Gallman as he appeared to awkwardly sit directly on the loose football that had inexplicably slipped from his hands at the end of a crucial run. And when officials combed through the mass of contorted bodies atop him, there was only more confusion about the outcome as two officials initially pointed in separate directions — one awarded possession to Dallas, the other to the Giants. Moments later, the officials conferred and ruled that the Giants not only had retained the football, but that Gallman had picked up a key first down that would allow them to run out the remaining clock.

Still, a last, agonizing replay review ensued, after which the call on the field was not reversed. The Giants (6-10) had earned a 23-19 victory that ended the team’s seven-game losing streak to Dallas (6-10). But alas, when the Washington Football Team (7-9) defeated the Eagles (4-11-1) on Sunday night in Philadelphia and were crowned champions of the N.F.C. East, the Giants’ playoff hopes expired.

The fumble, and who recovered it, was not the only controversial late-game sequence in Sunday’s game. With about seven minutes left in the fourth quarter, Giants wide receiver Dante Pettis caught a 10-yard pass, which proved pivotal when Giants place-kicker Graham Gano booted a 50-yard field goal on the next play that extended the Giants’ lead to 23-19. But video replays of the Pettis reception appeared to show that the football contacted the turf in a way that would have ruled the pass incomplete. Even though an incompletion would have moved the Giants out of field goal position, Dallas Coach Mike McCarthy did not challenge the play.

The Pettis catch, and the Gano field goal it set up, became meaningful on the subsequent possession when Dallas drove inside the Giants’ 10-yard line with less than two minutes remaining. While the Cowboys were pushed back when quarterback Andy Dalton was sacked by Giants lineman Leonard Williams, if not for Gano’s field goal, they could have played conservatively for a field-goal attempt that would have given them the lead. Instead, needing a touchdown, Dalton scrambled on a third-and-17, and again under pressure from Williams, flung a desperate pass into the end zone that was intercepted by the Giants rookie safety Xavier McKinney.

McCarthy said he did not challenge the Pettis reception because it was “too close” and a “bang-bang type of situation.” He added: “The three timeouts were obviously of high value there.”

Roughly 15 minutes after Sunday’s game, Giants Coach Joe Judge said he would go to his office and begin preparing for the Tampa Bay Buccaneers, who the Giants would have played in the first round of the playoffs if the Eagles had won on Sunday night. Instead, that work will no longer be necessary, but Judge insisted his assessment of the Giants season was never going to be focused on whether the Giants made it to the postseason.

“Our season showed we had a lot of growth,” said Judge, the Giants’ rookie head coach. “I found out more about our team when we were 0-5 and 1-7. We showed a lot of character in those moments.”

Judge added: “I told the guys how proud I was of them today. We had a good year — we improved every game.”

Judge also said he was not surprised by the tense final moments of Sunday’s game.

“I knew it would go down to the wire, as all of our division games have,” Judge said.

The game did not begin as if it would be hotly contested to the end. Early on, the Giants dominated, defensively and most surprisingly on offense.

Despite scoring only 26 points in their previous three games, the Giants scored a touchdown on their opening drive when wide receiver Sterling Shepard dashed 23 yards around the right end on a reverse, although Gano missed the extra point attempt after the score. The Cowboys cut the Giants’ lead in half with a 38-yard Greg Zuerlein field goal, but Shepard was the star of another Giants touchdown drive, catching a 10-yard touchdown pass from Giants quarterback Daniel Jones late in the second quarter.

Dallas stayed in the game with two more Zuerlein field goals in the first half, but the Giants continued to attack, building a 20-6 lead on a 33-yard touchdown pass from Jones, who completed 17 of 25 passes for 229 yards, to Pettis.

Trailing by 11 points at halftime, the Cowboys climbed back into the game when Giants tight end Evan Engram, who was recently selected for the Pro Bowl, failed to catch an accurate Jones pass over the middle early in the third quarter. Engram’s misplay was more than a drop since he deflected the football backward where it was intercepted by Dallas safety Donovan Wilson. Ten plays after the interception, Dallas running back Ezekiel Elliott bulled into the end zone with a 1-yard touchdown that trimmed the Giants’ lead to 20-16. 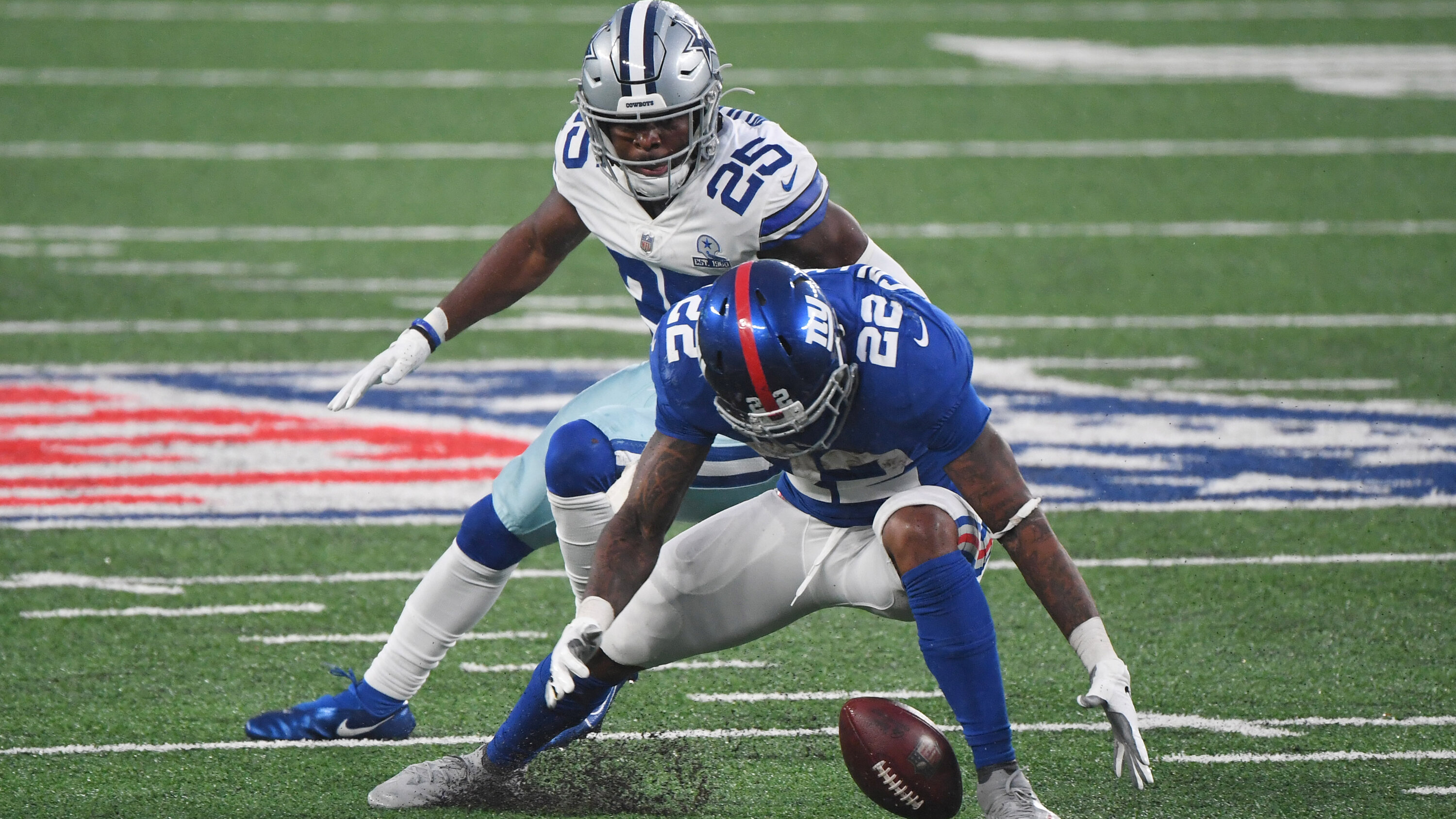 Facebook
Twitter
Pinterest
WhatsApp
Previous articleAn Insurgency From Inside the Oval Office
Next articleLeader of Proud Boys, a Far-Right Group, Is Arrested as D.C. Braces for Protests