Stephen Curry Answers His Critics With a 62-Point Game

Stephen Curry has heard the criticism. He is aware his legacy is being questioned, and he knows that any bad game will start again the reconsideration of his accomplishments. But after scoring a career-high 62 points for the Golden State Warriors in a 137-122 win over the Portland Trail Blazers on Sunday night, Curry sent a clear message to his critics: Keep talking.

“I like being talked about because there’s expectations,” he said.

Curry’s career-best performance came in a matchup with one of his biggest on-court rivals — Damian Lillard of Portland — and on the heels of a storm of social media criticism in which his legacy as a team-lifting superstar was called into question.

“Cue the Jordan meme: ‘I take all that personally,'” Curry said with a laugh, referencing a line by Michael Jordan in the documentary “The Last Dance.”

Curry then explained that the performance — he had 31 points at halftime — came from a much simpler place than people might be assuming: “I had an opportunity to assert my will on the game early and create some energy.”

Asserting his will included shooting 18 of 31 from the field, 8 of 16 from 3-point range and 18 of 19 from the free-throw line. Curry became the first player since Kobe Bryant on Dec. 20, 2005 to score at least 30 points in each half of a game, and he bettered his previous career high of 54 points, which was set in a road loss to the Knicks in 2013.

His 62 points also were the most by any player this season and made him only the fifth player in franchise history to score 60 or more points, a feat last accomplished by Klay Thompson, who had 60 in 29 minutes during a blowout win over the Indiana Pacers in 2016.

“He came out looking like a man on a mission,” Draymond Green said.

Thompson welcomed Curry to the 60-point club with a tweet, and Curry’s younger brother, Seth, who plays for the Philadelphia 76ers, took the opportunity to poke fun at Stephen’s critics, who seem to turn nearly every game into a referendum on his legacy.

Curry said his brother’s tweet was the best one he’d seen so far and that criticism was just part of being a superstar.

“I don’t get frazzled too easily and I’m very confident in who I am as a person and as a basketball player,” he said. “There’s not going to be anything you can say about me or to me that’s going to affect that. At the end of the day that’s how I got here.”

While Curry has played well early this season, averaging 32.3 points and 6.2 assists through six games, there is no question that the Warriors are a far cry from the juggernaut once led by Curry, Thompson, Green and Kevin Durant. Golden State opened the season with blowout losses to Durant’s Nets and the Milwaukee Bucks, and looked inept in a loss to Portland on Friday. While their poor play has come mostly from newcomers like Andrew Wiggins and Kelly Oubre, a heavy share of the blame has landed squarely on the shoulders of Curry, the Warriors’ best player. His most persistent critics have questioned why he can’t lift a lesser team to relevance in the way LeBron James has done.

Green, who recently returned from an injury, rejected that premise.

“Everybody is always going to try to find a reason to nitpick something Steph does, whether it’s that you haven’t won a Finals M.V.P. or you haven’t carried a team,” Green said. “If I’m not mistaken, he carried the 2015 team.”

“To be honest, he’s carried every team, because he’s been the leader of the group since I’ve been here.”

Many of Curry’s younger teammates were not with Golden State during the championship years. They were left struggling to describe such a dominant performance.

James Wiseman, the team’s rookie center, compared it to a video game. “It reminds me of 2K,” he said, “because I used to play with Steph all the time, and I used to drop like 60. So, just like actually watching in person, that was phenomenal.”

Oubre, a veteran guard acquired during the off-season to help fill in for the injured Thompson, brought the perspective of having been one of Curry’s opponents, saying “I was just happy to be on the same side as him tonight, because I know it stunk for the other team.”

Curry declined to predict if big-scoring games would become a regular occurrence. But he objected to a reporter’s saying he couldn’t score 62 points every game, playfully responding “Hey, why not?”

And Coach Steve Kerr, who said he had lifted Curry in the game’s final minute “so the 42 people in the stands could give him a standing ovation,” said he was perplexed why anyone would criticize Curry in the first place.

“I’m not playing dumb: Does he really take criticism?” Kerr asked. “I’ll check out Twitter later. I hope they are saying something good about him tonight.” 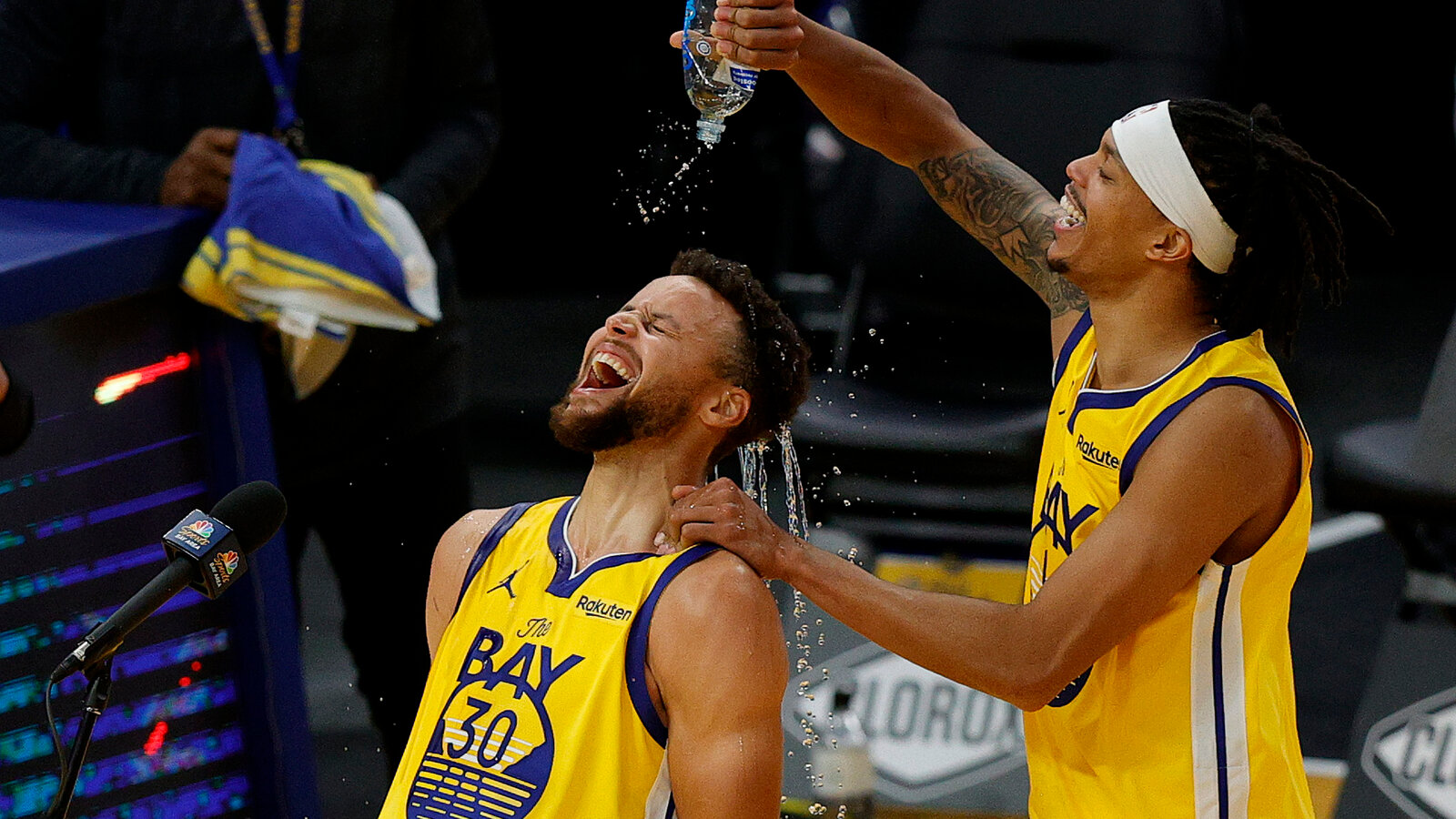 Facebook
Twitter
Pinterest
WhatsApp
Previous articleAdam Gase, Hired to Spark Jets’ Offense, Is Out After Two Seasons
Next articleA Timeout for the N.B.A.’s Halftime Performers Is Costing Them Big