The College Football Champion Not in the Title Game

Who will be college football’s next national champion, Alabama or Ohio State? The correct answer should be neither.

The team we should be cheering won’t be on the field at Hard Rock Stadium near Miami next Monday.

The University of Connecticut, which was the first Football Bowl Subdivision team to squarely face the coronavirus and decide against playing a single snap during a raging pandemic.

Given the pain and tumult of the last year, it can be hard to remember there was a time when the powers that rule major college sports were more concerned about the virus than about fattening their bank accounts.

In August, it seemed as if a full-fledged collegiate football season might not happen. That’s when Connecticut, ranked among the worst teams in the nation, rose to the top of the heap, killing its season and leading the sport toward sanity.

The worst wafflers were the Pac-12 and the Big Ten, which lacked the fortitude to stand by their decision when they saw the other major conferences suiting up. They couldn’t resist the hundreds of millions in television revenue and the chance to reach the national title game, where Ohio State will represent the Big Ten.

In the end, out of 130 F.B.S. teams, only three sat out the season: Old Dominion and New Mexico State joined Connecticut. “It was simply the right thing,” UConn Coach Randy Edsall said over the phone last week. “I never questioned the decision we made. Not once.”

Maybe we wouldn’t have been confronted with the immoral sight of unpaid athletes, bereft of labor and health protections, pushed to the field as an entertainment product in the support of a billion-dollar industry.

College basketball will soon take center stage. Its season, already at the midpoint, has been a farce — an unyielding cycle of infections and shuttered games.

Exhibit A: The day in early December when No. 1 ranked Gonzaga and No. 2 ranked Baylor both flew to virus-laden Indiana for a game, only to have it canceled hours before tip-off because of positive tests.

Who knew that playing indoors with athletes continually shoulder-to-shoulder would be an open invitation to the virus?

Yet only two squads from prominent basketball conferences have decided to end their seasons: The women’s teams from Southern Methodist and Duke, both of which put an end to their misery last month.

All of this madness is driven by one thing. “Money,” Edsall said. He is willing to plainly state what many in college sports refuse to admit.

Of course, Connecticut football’s lowly status and financial struggles made the decision against playing easier. This is a team that won just six games over the last three seasons. It has not gone to a bowl game since 2015. It posted a $13 million deficit in 2019.

But like all coaches, Edsall holds to the belief that his struggling team is about to start winning, same as it did when he led the team to the Fiesta Bowl in 2011. He insists that protecting the health of players and the community was all that mattered. What’s more, he didn’t make the decision on his own. Instead, he did something almost unthinkable in the realm of big-time college sports: He asked his players what they wanted.

When Connecticut arrived on campus for summer training, there was cautious optimism about the coming season.

But the university’s proximity to New York City, which had been devastated by the pandemic, infused a stark perspective. And questions began to rise. What about long-term health effects? How would testing and quarantines work? Would travel be safe for the Huskies and those they came in contact with?

Edsall convened a meeting with nearly two dozen team leaders. He made clear his concerns about moving forward.

Then, offensive lineman Ryan Van Demark recalled: “Coach left it to us. He said: ‘Hey, this is your team. You guys are the ones playing.'”

The answer came back emphatically: End the season before it begins.

So how did a fall without football unfold?

As students descended upon the Storrs, Conn., campus for the start of the school year, the virus took off, same as at other universities nationwide. Twenty-three of Connecticut’s roughly 100 players ended up catching it, though none became seriously ill.

Since classes were online, Edsall gave the green light to anyone who wanted to go home. Roughly a dozen did. The rest stuck close to school. They practiced and lifted weights, paying strict attention to distancing. The unusual experience bonded them in ways they had never imagined.

“There were times when we realized that, ‘Wow, we really are all going through this, all sitting out, together!'” Van Demark said. “We felt like a family.”

The biggest benefit of giving up on the season, Edsall said, was a sense of calm.

“For us, there was none of that uncertainty, that wear and tear on the mind that other teams felt,” he said, adding that he had heard from several coaching colleagues at other schools who envied what his team had done. He could sense the stress and worry in their voices. Edsall felt none of that.

“I normally don’t sleep well at night during a season,” he said. “But I slept very, very well all year.” Putting the welfare of players and community first, he added, “gives peace of mind for everyone involved.”

It is too late for Ohio State and Alabama to heed such wisdom.

But not too late for the rest of college sports.

A good place to start would be on the Connecticut campus, home to vaunted men’s and women’s basketball teams. Both have already been battered by the virus. Yet both carry on, eyes fixed on title dreams and fiscal windfalls, ears closed to the message sent by college football’s real national champion. 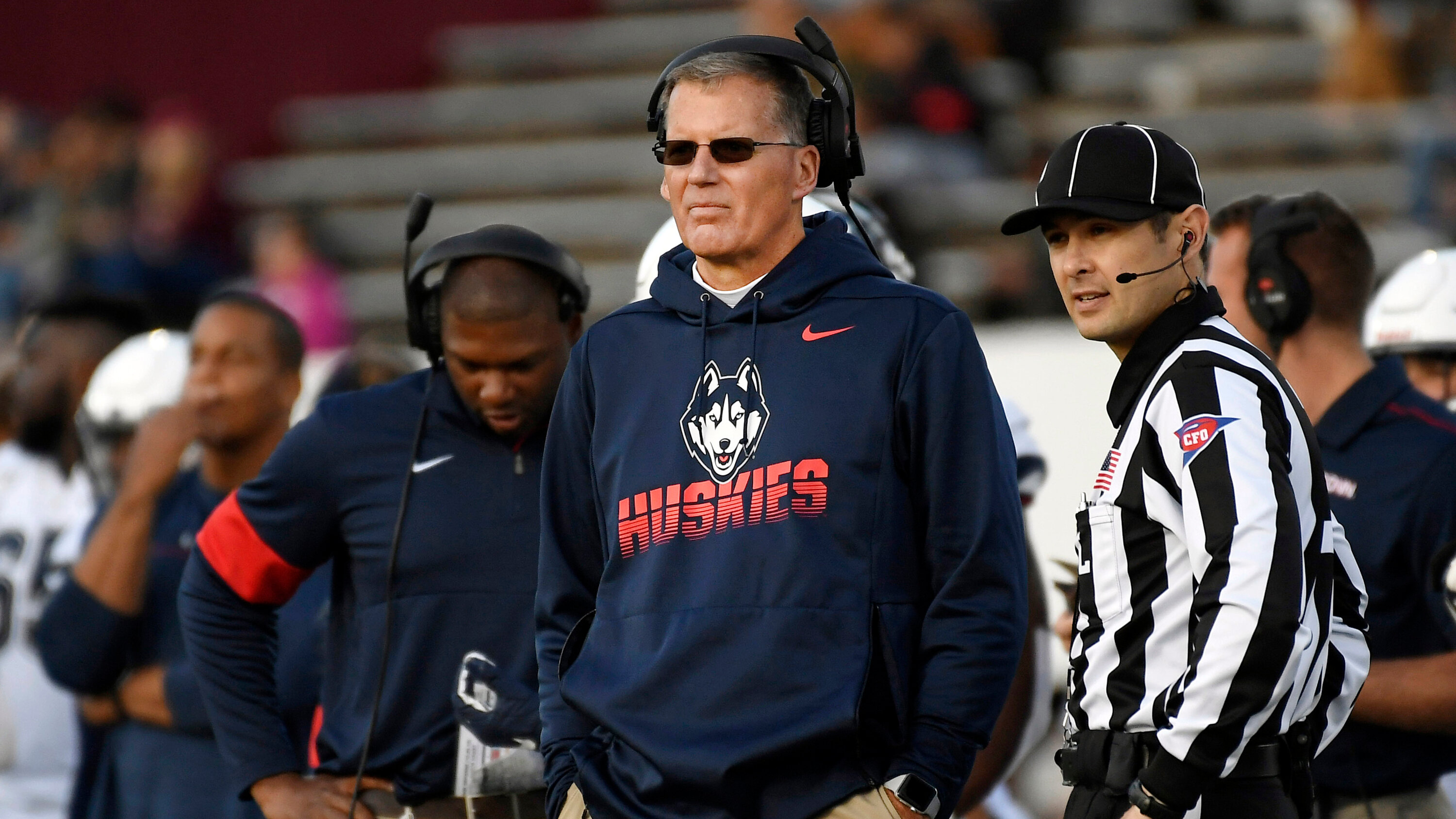