Tennessee Titans running back Derrick Henry is the last American muscle car. He’s huge, fast, powerful, a little intimidating and undeniably retro-cool. But he’s not very practical, and despite appearances, he’s probably not built to last.

Henry rushed for 2,027 yards this season, the fifth-highest total in N.F.L. history. He became the second running back to eclipse 2,000 rushing yards since Chris Johnson of the Titans in 2009 and Adrian Peterson in 2012, and is just the eighth player in league history to reach that milestone. Henry led or tied for the lead in rushes, yards and rushing touchdowns for the second consecutive season in 2020.

Henry’s accomplishments become even more remarkable on closer examination. He rushed for 1,268 yards on first downs alone; that production by itself would have allowed him to finish third in the N.F.L. in total rushing yards. Henry ran for 710 yards in his final four games, including 250 yards as the Titans clinched the A.F.C. South with a 41-38 victory over the Houston Texans, reinforcing his reputation for getting stronger as the season wears on. Pro Football Focus credits Henry with a league-high 77 eluded tackles on running plays; Henry “eludes” most tacklers by tossing them out of the saloon like the hero of a wild West serial, but that still counts.

Henry rushed for 446 yards in last year’s playoffs, propelling the Titans to upset victories over the Baltimore Ravens and New England Patriots before the Kansas City Chiefs came back to defeat them for the A.F.C. championship. Only four other running backs rushed for more yards than Henry in a single postseason, and three of them — Terrell Davis in 1997 and 1998, Marcus Allen in 1983, John Riggins in 1982 — are now Hall of Famers, due in large part to their playoff and Super Bowl heroics. (Titans great Eddie George was the other, in 1999).

A similar performance this year could vault the Titans into the Super Bowl and Henry onto a short list of all-time legends.

Unfortunately, strategic trends, analytics precepts and history itself are not on Henry’s side.

Henry’s success flies in the face of modern N.F.L. wisdom. He’s a workhorse in a pass-happy league which has determined that sharing carries among a committee is more efficient, sustainable and affordable than force-feeding even the most formidable rusher. Henry rushed 378 times during the regular season, the highest total since DeMarco Murray rushed 392 times for the 2014 Dallas Cowboys. Two or three running backs each season typically earned 350-plus carries from the 1980s through the early 2000s. Only three rushers (Henry, Murray and Arian Foster in 2012) have crossed that threshold in the last decade.

Henry’s heavy workload makes him a potential victim of the dreaded Curse of 370, an analytics principle popularized by Football Outsiders in the mid-aughts. Research suggests that 370 or more carries in one season typically result in injuries or steep decline the subsequent season. Murray, for example, fell to just 702 yards in 2015 after his high-mileage 2014 season. History is littered with other examples (and scant counterexamples) of rushers whose careers were curtailed by overuse, many of whom were thought to be exempt from the “curse” given their greatness, fortitude, dedication, etc.

(The fact that usage declined at the same time that the Curse of 370 gained exposure is hardly a coincidence. N.F.L. decision makers act like high school tough guys when it comes to analytics, shouting “Math is for nerds!” at news conferences, then whispering asks for all the test answers.)

Henry’s rugged style only compounds concerns about his workload. Most modern running backs double as receivers, allowing them to work the sidelines and absorb fewer hits against smaller defenders. Henry hammers the middle of the field like a 1970s running back, turning every Sunday into a demolition derby. It’s a refreshing change of pace in a league that has strayed far from its muddy roots, and Henry certainly catches some defenders off guard by opting to run straight through them instead of around them. But between the carries and the collisions, Henry has voided the terms of his service warranty and is starting to tempt fate.

Every generation produces one or two running backs who buck every statistical trend, shrug off grueling workloads and remain effective well after their odometers flip: Adrian Peterson, Frank Gore, LaDainian Tomlinson, Curtis Martin, Eric Dickerson, Allen, Riggins and a few others. Henry may well be one of those backs. Then again, Todd Gurley, Le’Veon Bell and many other recent rushers appeared to be indestructible one year and their production fell off the next season, in many cases soon after they signed lucrative long-term contracts.

The Titans signed Henry for four years and a reported $50 million in July. Despite his current excellence, there’s a high risk that they will wind up paying to have Henry towed to the scrapyard in a year or two.

For now, however, the Titans are counting on Henry to once again drag them through the playoffs. Quarterback Ryan Tannehill’s crisp passing reduces Henry’s burden to a degree, but the Titans defense finished 24th in the league in points allowed and 28th in yards allowed.

On Sunday, Tennessee will face a Baltimore Ravens team that scored 186 points in its last five games. They will need Henry to stiff-arm weary defenders and hammer home touchdowns to win that potential shootout but also to have a prayer against the Kansas City Chiefs and/or the Buffalo Bills in later rounds.

Henry must do whatever it takes to muscle the Titans way into the Super Bowl this year, because history warns that they will not get many more chances. 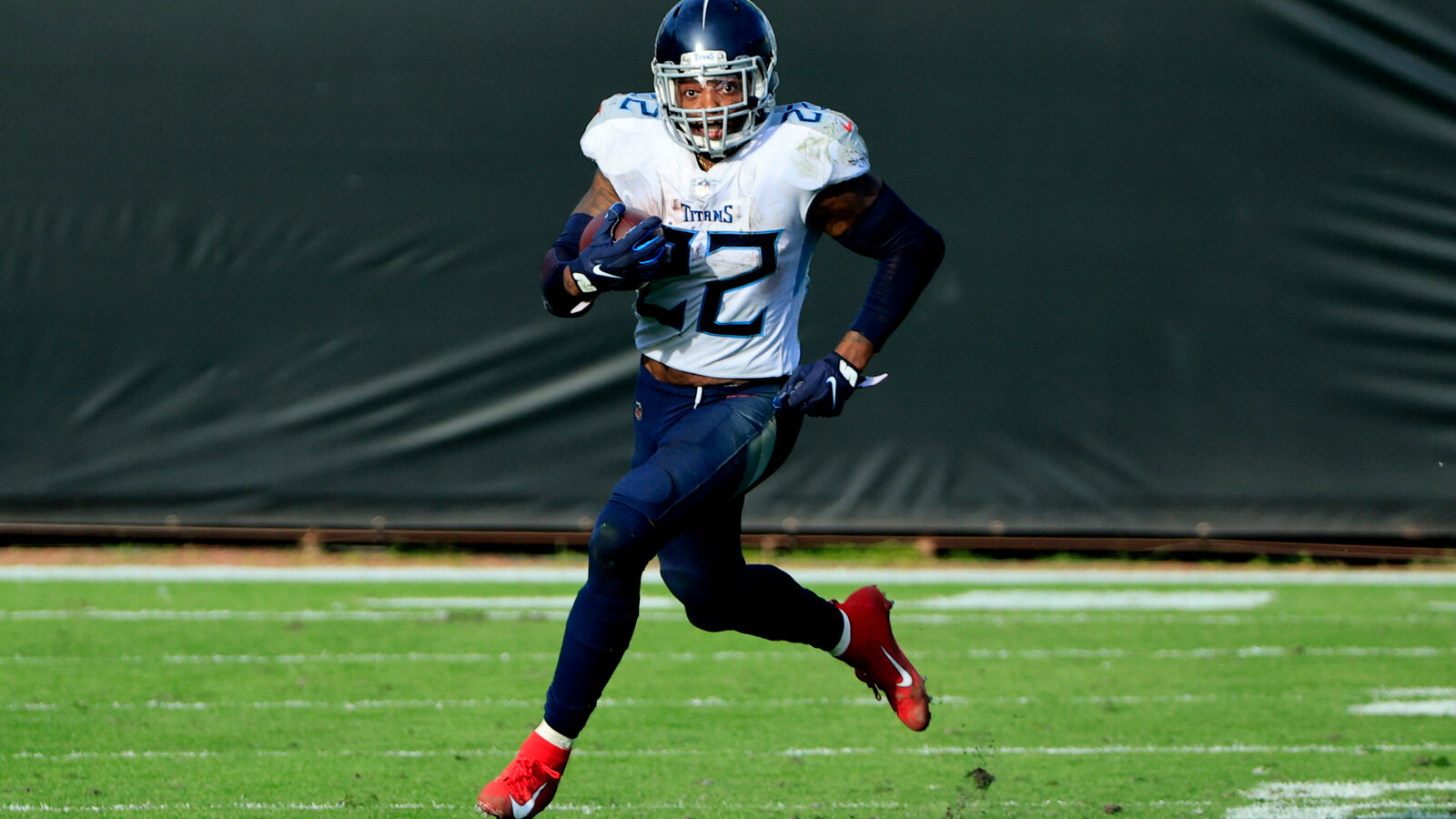