A Year Without a Win Is About to Get Worse

By his own admission, Almir Numic is quite enjoying the media circus. Over the last couple of months, television crews have beaten an increasingly frequent path to Neukolln, the district of Berlin that is home to Tasmania, the soccer team he runs. Sky Sports was there early in December. Germany’s Sport1 has been down twice.

There have been countless requests for interviews — Suddeutsche Zeitung, Kicker, Der Spiegel and Deutsche Welle, and then ESPN and El Pais (and The New York Times) — and prime-time radio spots, too. His quotes have reached parts of the world most fifth-division amateur teams do not reach: picked up in China and Australia, cited by the BBC and France24.

All of them have asked to hear Numic’s view on the curiously cheering story that has Tasmania at its heart. For more than half a century, the club’s claim to fame has been that it is the worst team ever to have competed in the Bundesliga. In its only campaign in Germany’s top division, in 1965 and 1966, it failed to win for 31 games in a row. No team before or since has ever performed quite so badly.

Now, though, its record is under threat. Schalke — a club of a vastly different order of magnitude to Tasmania — has not won a Bundesliga game since January 17 last year, and with ominous inexorability it has been ticking toward Tasmania’s high (or low) watermark ever since.

Conceding a late equalizer at Augsburg on Dec. 13 made it 27 matches without a win for Schalke. Nos. 28 and 29 came before Christmas, with home defeats to Arminia Bielefeld and S.C. Freiburg. In Berlin last Saturday, under its fourth manager of the season, Schalke lost to Hertha B.S.C., 3-0. Failure to beat Hoffenheim at home on Saturday means one of Germany’s proudest clubs will equal Tasmania’s dismal record.

What has made Numic — and Tasmania — such a draw for the news media, though, is that rather than welcoming this as a chance to shed its unwanted place in history, the club is instead desperate to keep it. “We are so proud of our record,” Numic said. “Of course, for the players at the time it would not have been a happy experience, but now we can step back and laugh about it. It is part of our identity.”

There is, Numic said, a degree of irony in the club’s celebration of its ignominy, as the T-shirts for sale on its Facebook page indicate: They carry Tasmania’s crest, accompanied by the phrase “Rekordmeister” on the front and a list of the “achievements” from the 1965-66 season on the back.

The club has, though, found that many of its fans take sincere pride in Tasmania’s record. Before the Bundesliga game at Hertha last week, a group of them even traveled to Berlin’s Olympic Stadium to offer Schalke their support. “The fans feel that the negative record provides the club a certain cult status,” Numic said. “We do speak with them about it, and it would be a shame to lose it.”

It is hard to imagine that, even as time softens the pain, their peers at Schalke would ever take the same attitude. Unlike Tasmania — which was only admitted to the Bundesliga for that one fateful season after Hertha failed to meet the league’s financial requirements, and the German authorities decided that having a team in Berlin would be good public relations — Schalke is one of the country’s grandees, a club owned by some 160,000 members, the proprietor of a stadium that holds 62,000 people, a team that considers itself a peer of Bayern Munich and Borussia Dortmund.

It is less than a decade since Schalke, its team then featuring the Spanish forward Raul Gonzalez and the young goalkeeper Manuel Neuer, appeared in the semifinals of the Champions League. It is not quite three since the club, under its bright young coach Domenico Tedesco, finished as runner-up to Bayern Munich in the Bundesliga. It still regularly ranks as one of the world’s wealthiest clubs: According to the financial analysts Deloitte, it had the 15th-highest revenues in soccer in 2019.

The speed and scale of its decline, from that perspective, is shocking. Only 18 months or so separated its last appearance in the Champions League’s lucrative knockout rounds in March 2019 and the day in November when the forward Mark Uth described the team’s performances as “helpless” and admitted that he “felt like going into the locker room and crying.”

From another perspective, though, it feels as if Schalke’s demise has been brewing for some time. Its collapse is a financial failure — the club’s debts stood, even before the pandemic, at around $240 million, a consequence of years of living beyond its means — but it is perhaps most easily understood as a sporting one.

At the start of last season, Schalke promoted its young goalkeeper Alexander Nubel to the club’s captaincy. He was the latest in a long line of youth products in which the club took immense pride — it has a particular ability to nurture goalkeepers, and has a reputation as the “Harvard” of that particular art — and, at 23, he was seen as Schalke’s future.

Six months later, with his contract set to run out, Nubel signed an agreement with Bayern Munich. Six months after that, he left the club that had developed him, and it did not receive so much as a cent in compensation. If that had been a one-time affair, an exception to the rule, then it might have been understandable: All clubs, after all, sometimes lose out in negotiations, or find themselves backed into a corner.

But it was not. Not long before the Nubel standoff, Schalke was described as “the club that refuses to play Moneyball” in an article in The Ringer that asked if the team’s apparent willingness to let stars run down their contracts was a deliberate and potentially beneficial policy. Schalke had done it, after all, with Joel Matip and Leon Goretzka and Sead Kolasinac and Max Meyer and, most notably of all, with the man Nubel is now being groomed to replace at Bayern: Neuer.

In hindsight, such an interpretation of Schalke’s approach goes beyond kind and looks, instead, close to delusional. The failure to tether the club’s best players to contracts, or at least to sell them while they retained some market value, was proof not of planning but of rampant dysfunction. According to a number of people familiar with the workings of the club, the departures highlight a chronic and yearslong dearth of foresight, knowledge, connections and leadership in Schalke’s hierarchy.

The consequences are plain to see. Even a conservative estimate of those players’ values would top $100 million; instead, Schalke received nothing. Deprived of that income, the quality of player the club was able to attract steadily declined until the first team was staffed entirely by overpromoted hopefuls and underpowered journeymen.

This summer, facing more than a year without matchday income and a mountain of debt, the club was unable to reinvest any of the money it received for the loan of Weston McKennie to Juventus. Despite losing one of his best players on the eve of the new season, Schalke’s coach at the time, David Wagner, was not permitted to pay for a single permanent signing to reinforce his squad.

At least one loan deal collapsed because Schalke, the 15th-richest club in the world, could not pay the player’s relatively reasonable salary. Wagner was forced to start the season relying on a host of players who had previously been sent out on loan, their time at Schalke apparently at an end. He was fired after two games.

That was no surprise, either. Since its appearance in the Champions League semifinal, Schalke has cycled through 12 managers, few of them given more than a season to fix a broken team. It has turned back to Huub Stevens no fewer than three times.

At the same time, the club has found relations with its fans increasingly strained, as an institution revered for its working-class values and its traditionalism signed a sponsorship deal with the Russian energy giant Gazprom and several of its executives encouraged the permitting private investment into the team.

Its longstanding chairman, Clemens Tonnies — one of Germany’s richest but least popular men, and for years the apparent guarantor for Schalke’s spending habit — was forced to step down, first temporarily after making a series of racially-charged remarks and then permanently, after a coronavirus outbreak at one of his meat-processing plants. To some, Tonnies’ return is the only way out of Schalke’s financial mess. To others, he is the one ultimately responsible for overseeing the decline. It is possible that he is both.

Whatever happens this weekend and next — whether Schalke equals and then surpasses Tasmania’s record, or avoids it at the last hurdle — is, for Schalke, something of a sideshow. This is not the nadir: That may not even come with relegation, which now seems inevitable, but with the attempt to manage the club’s debts, and find a way back, when it is deprived of the income it is guaranteed just by being in the Bundesliga. The record, in reality, is only one milestone on a long and perilous journey.

For Numic and Tasmania, by contrast, their role in the story is drawing to a close. Perhaps Schalke will take their record. Perhaps it will not. Either way, the media circus will depart. Numic is sanguine about that. It will be of little solace to Schalke, but at Tasmania, there is a confidence that, on some level, it will always be the worst at something.

“We have other negative records that we hold,” Numic said, cheerily. “So there are other occasions when people speak about us.” 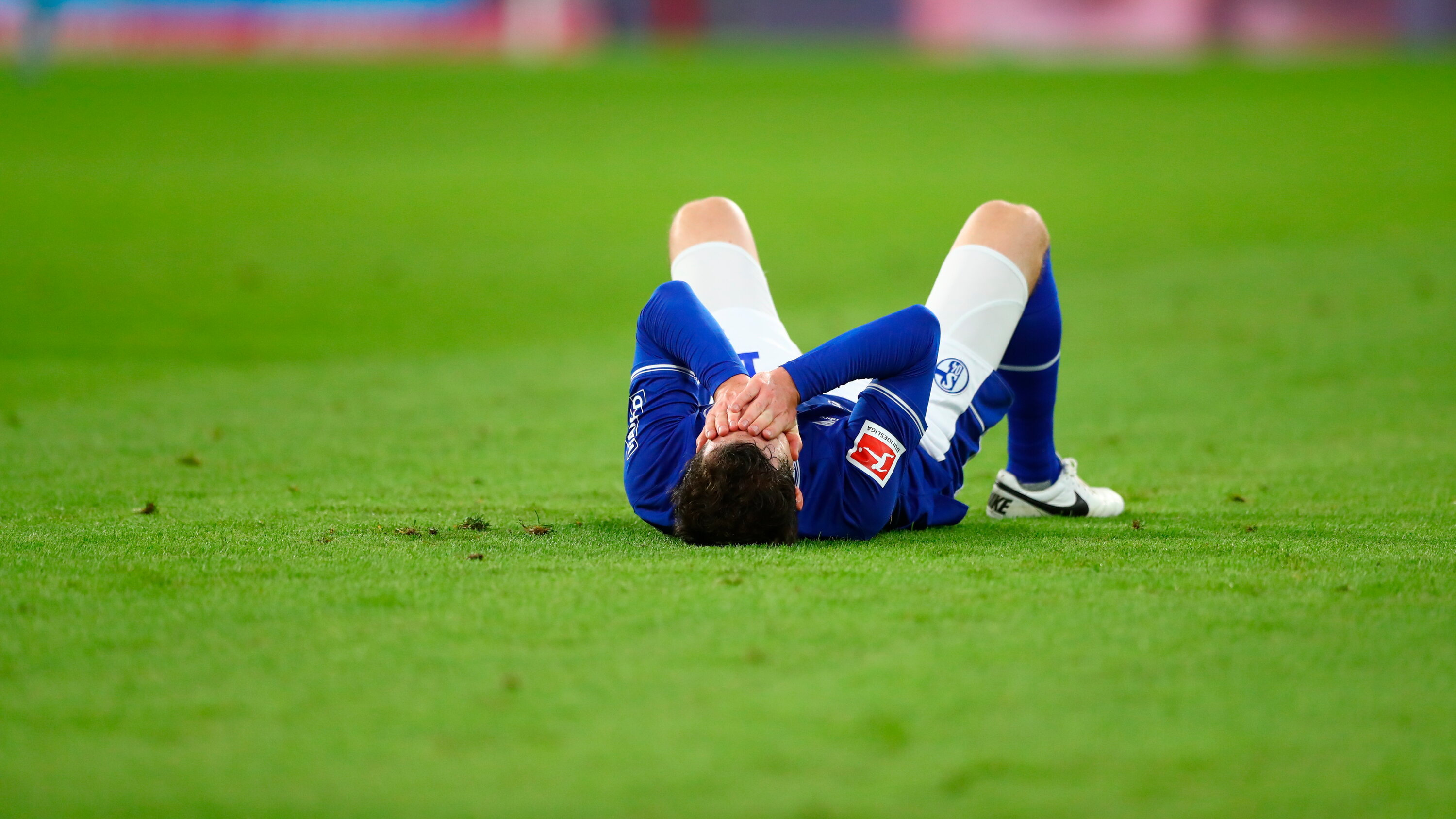 Facebook
Twitter
Pinterest
WhatsApp
Previous articleTommy Lasorda, a Dodger From His Cleats to His Cap, Dies at 93
Next articlePfizer Says Its Vaccine Works Against Key Mutation in Contagious Variants