Canadian Politicians Face Ire After Taking Trips During the Holidays

She was the first member of Parliament to announce that she had tested positive for the coronavirus in Canada. About a month after she recovered, she volunteered in a nursing home badly hit by the pandemic as a trained nurse, bathing, changing and administering medication to residents on an infected floor.

Her father died in September of a brain hemorrhage, followed weeks later by her uncle.

Some might cut Kamal Khera some slack, for her suffering and service during a year that darkly summoned both.

But, when Ms. Khera revealed she had flown to Seattle over the holidays to attend a small family memorial, the public reaction was swift and bruising.

Denounced on social media as “selfish,” “arrogant” and a “cheater,” she was forced to step down from her parliamentary role as secretary to the minister of international development.

More than a dozen Canadian politicians have been pilloried and punished since New Year’s Eve for taking tropical vacations and family trips outside of the country while most of the nation has hunkered under lockdowns.

Two of them were among the ruling Liberal Party, including Ms. Khera, who represents Brampton West, a suburb of Toronto that has seen high rates of the virus.

“One of the things that has been really, really important throughout this pandemic for Canadians is the sense we’re all in this together, that we’re looking out for each other,” Prime Minister Justin Trudeau said on Tuesday, during a news conference outside his home, where he’s been working in isolation and delivering updates since his wife tested positive for the virus last March.

He added, “That’s why all Canadians were so disappointed to see so many examples of folks who should have known better, doing things that put us all at risk.”

Disappointed is putting it gently. Canadians have been seething over the past week, as one repentant politician after another apologized for taking trips out of the country.

The fury started in late December, when it was discovered that Ontario’s then finance minister, Rod Phillips, was in the French territory of Saint Barthelemy, commonly known as St. Barts, while his Twitter account issued a Christmas Eve video message from him seemingly sitting by his roaring fire at home, thanking constituents for the sacrifices they had made “to protect our most vulnerable.”

Mr. Phillips flew back to Canada on New Year’s Eve and promptly resigned from his post, though he remains an elected official.

While some like Mr. Phillips returned from sunny beaches, others admitted to having traveled for more forgivable reasons, like visiting an ailing relative. In all cases, they had not broken any laws — the government has advised against all nonessential travel, without providing any parameters on what qualifies as essential.

But their actions went against the guidelines of Prime Minister Trudeau and provincial leaders who beseeched Canadians to celebrate the winter holidays quietly at home, without the parties or family get-togethers that normally mark the season.

They had broken a cardinal rule of Canadian politics that expects elected officials to live pedestrian lives, little different — and certainly not more glamorous — than the general population. And they certainly can’t use the job to get perks.

“Canadians will put up with a lot, but one thing they can’t put up with is a sense of entitlement,” said Shachi Kurl, the executive director of the Angus Reid Institute, a Canadian nonprofit polling firm based in Vancouver. She pointed out that unlike other national leaders, Mr. Trudeau was not among the first Canadians to receive the vaccine before flashing cameras. Instead, he said he would wait his turn.

The country is littered with cautionary tales, from the politician who resigned after expensing a $16 glass of orange juice, to the deputy mayor who was defeated after spending tax dollars on renting a bunny costume. Twenty-four Sussex Drive, the crumbling official residence of the prime minister, has sat empty for years because the prospect of spending tens of millions of public funds on making it habitable is considered political suicide.

To many, the fact that some Canadian politicians gave themselves permission to hit the beaches while the country’s hospitals were filling up was shocking enough. That their trips also disrespected Canada’s vaunted socialized health care system, by potentially bringing back a virus and overloading that system crossed another line, noted Christine Straehle, a professor of international affairs at the University of Ottawa.

Canada is suffering through the virus’ deadly second wave, with positive cases and deaths soaring across the country, despite lockdowns in many parts that have kept most stores and restaurants closed for weeks. In Toronto, the country’s largest city, indoor gatherings of any kind had been forbidden since November.

Even with the arrival of vaccines, the holiday season was a dark, cold time for many, which made the news of elected politicians leaving the country on tropical vacations, or visiting family when so many others complied with requests to stay home, seem like salt in a wound — or as one conservative columnist put it, getting “our faces rubbed into this don’t-give-a-damn attitude.” Citizens decorated the offices of at least two Alberta politicians, including one cabinet minister, with leis, once it was revealed they had jetted off to Hawaii.

“Canadian government urges you to avoid travel so you don’t bump into them traveling,” tweeted Canadian comedian Andrew Barr.

After Mr. Phillips, other politicians began offering their mea culpas, or were smoked out. They came from various parts of the country, and had representatives in all political parties, essentially neutralizing what otherwise could have proven a very effective political weapon.

“It’s harder for the opposition anywhere to make this stick to the government, because all parties have been implicated,” said Lori Turnbull, a political science associate professor and the director of the School of Public Administration at Dalhousie University in Halifax. “What it means though, this whole system looks like it has rot in it. It’s such an unfortunate time for this to happen, the government really needs trust right now.”

In most cases, the shamed politicians have been contrite and faced political consequences, losing ministerial posts and spots on important political committees, which might dampen creeping cynicism, Ms. Straehle said.

“Canada is very small place — people have very direct rapport to their politicians,” she said from Hamburg, where she currently lives. “They also hold their politicians accountable to a high degree.”

Some debate has surfaced over whether leniency should be shown to politicians who traveled for reasons some would deem essential, such as attending the memorial of an immediate family member. But less than some may expect.

“I do not relish the idea of asking anybody to hold off from seeing their family through incredibly trying times, through grief, but it is the sacrifice being asked of all of us to do everything we can to protect one another,” said Mark Holland, the whip of the federal Liberal Party, who announced last Sunday that Ms. Khera and another Liberal member of Parliament had “voluntarily stepped aside.”

He added, “If we don’t take those measures exceptionally seriously, I don’t see how we can ask others to.” 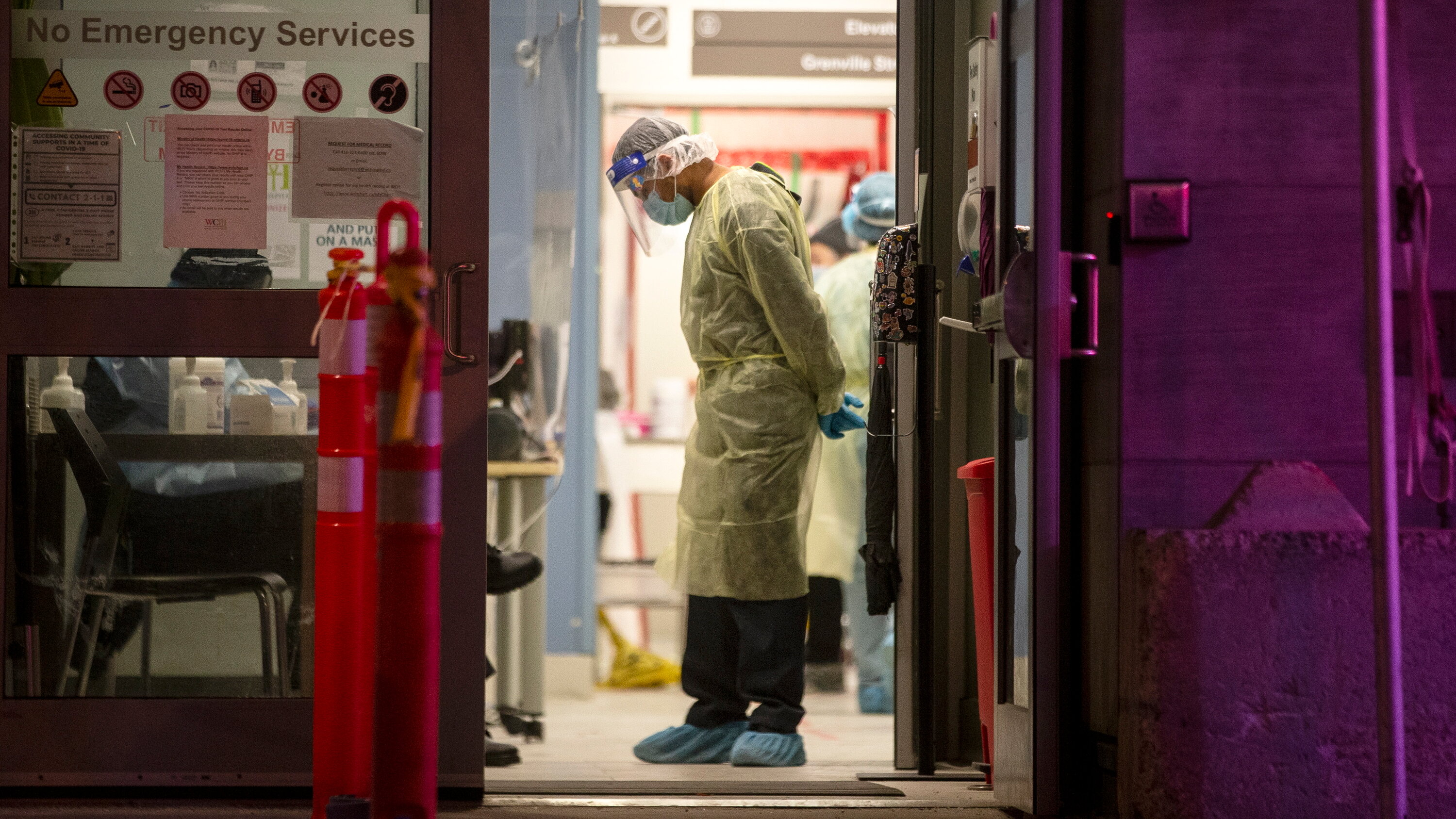