The office of the Architect of the Capitol in Washington, the office that preserves and maintains the building’s art and architecture, released Friday the first inventory of the damage sustained during Wednesday’s riot.

Damage to the interior of the building was largely limited to broken glass, busted doors and graffiti, the report said, though it noted that statues, murals and historic benches displayed the residue of various pepper sprays, tear gas and fire extinguishers deployed by both rioters and law enforcement personnel. They will need to be carefully cleaned and conserved, the report said.

Outside the building, two bronze light fixtures designed in the late 19th century by Frederick Law Olmsted, the American landscape architect, and that illuminate the grounds at night, were broken. The report also noted graffiti on the west side of the building near stands which are being constructed for the inauguration of Joseph R. Biden Jr. later this month.

No major artworks were reported damaged, despite the violent demonstrations inside the building by Trump supporters that took the Capitol Police nearly four hours to quell. A mob broke into rooms on the south side of the Capitol (including House Speaker Nancy Pelosi’s office), smashed windows and then marched through the National Statuary Hall, waving American, Confederate and “Trump Is My President” flags.

Vandals in red “Make America Great Again” hats, many of whom photographed and recorded themselves, wreaked havoc in Congressional offices and the Rotunda. One man crammed a framed photo of the Dalai Lama into his backpack, while another smoked marijuana in a room with maps of Oregon on the wall. A 19th-century marble bust of former President Zachary Taylor was defaced with a red substance that looked like blood.

But the large-scale, 18-foot paintings by Trumbull and other artists that depict scenes from the republic’s founding in the Rotunda, and the dozens of statues that fill the National Statuary Hall to the south that filled the background of many of the rioters’ photos, all appear to have escaped damage.

The office noted on Thursday that many of its employees had worked through the night to clean up the trash, glass and other debris that littered the building and begin repair work. 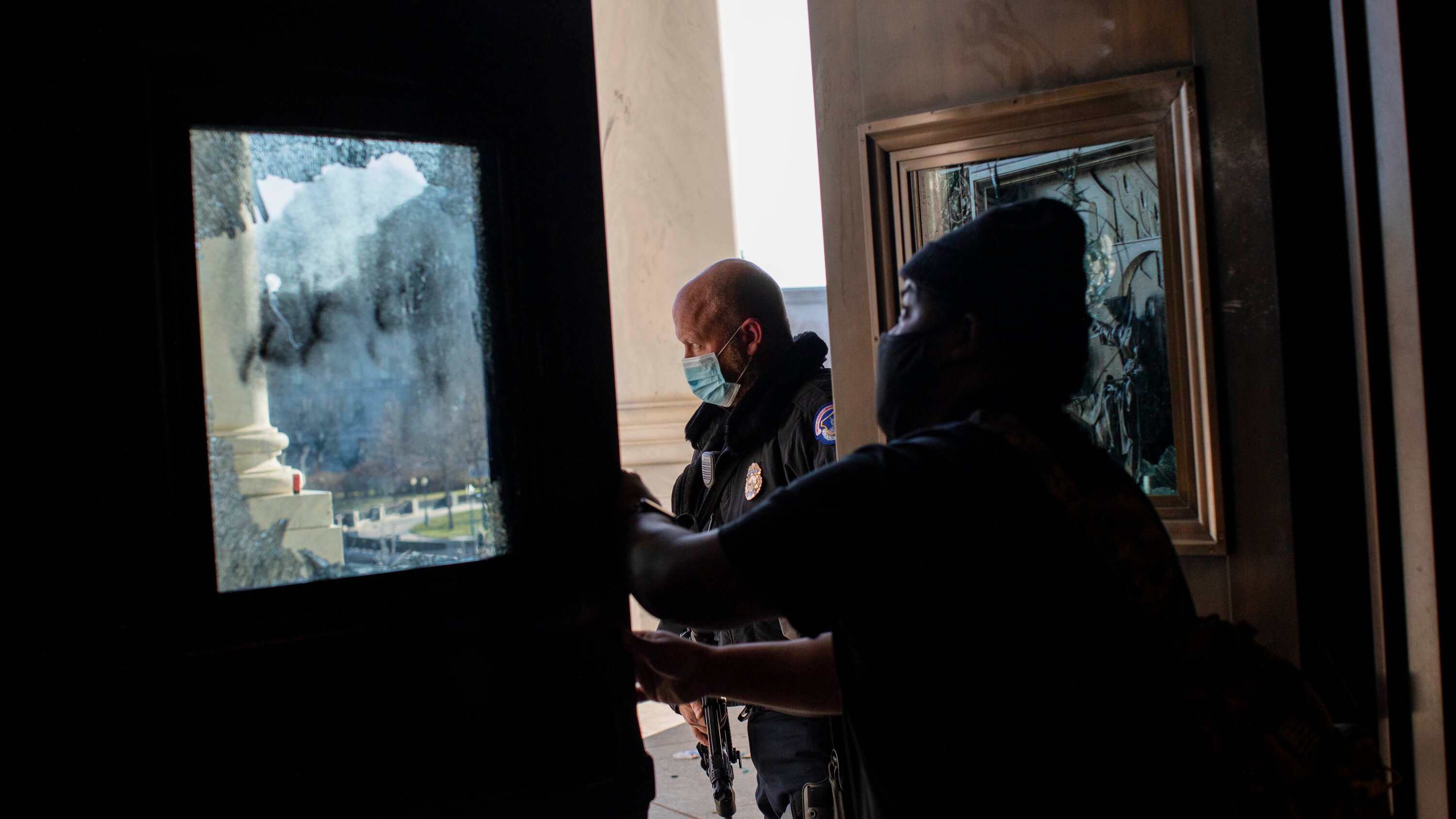 Curators Scour Capitol for Damage to the Building or Its Art