Home Racing It Wasn't Strictly a Coup Attempt. But It's Not Over, Either.
Racing

It Wasn’t Strictly a Coup Attempt. But It’s Not Over, Either.

Do the actions of President Trump and some of his supporters — including Mr. Trump’s effort on Saturday to bully Georgia’s secretary of state into overturning the results of the state’s vote in the presidential election, and then yesterday openly inciting a mob that then attacked the United States Capitol — constitute a coup attempt?

If the question is whether those actions are as gravely serious as a coup, the answer is yes, said Erica de Bruin, a political scientist at Hamilton College who has researched coups for more than a decade.

But the violent, anti-democratic attack on the Capitol doesn’t fit the technical definition of a coup even though the president incited and encouraged it. That matters, experts say, because different actions are required to prevent this type of attack from harming democracy.

A coup is an illegal attempt to take power through force or the threat of force, usually involving at least a faction of the military or formal security forces, though sometimes they are backed by paramilitaries or other armed groups.

That’s not what happened in Washington yesterday.

Although some of the people that stormed the Capitol were armed, they do not appear to be part of any organized military or rebel organization. And while Mr. Trump encouraged his loyalists in his capacity as a leader of their movement, he did not try to call the military to their aid, or otherwise use the formal powers of the presidency to help them, said Naunihal Singh, a professor at the Naval War College whose research focuses on coups.

But that is not the end of the story.

These days, democracies tend to collapse from piecemeal backsliding that falls short of the technical definition of a coup, but is often ultimately more damaging. A clear pattern has played out in countries around the world, including Turkey, Russia, Hungary, and Venezuela, in which leaders come to office through elections but then undermine norms, gut institutions and change laws to dismantle any restraints on their power. Eventually, their countries become dictatorships in all but name.

Yesterday’s attack, and Mr. Trump’s encouragement of it, fit well within that category. And to combat that kind of anti-democratic backsliding requires different tactics than would be used against a coup.

“We know how to prevent coups,” said Dr. de Bruin, who literally wrote the book on how to do so. “We have a whole set of actions that international organizations, military officers, individuals can use. But we know far less about how to prevent anti-democratic actions.”

A coup either succeeds or fails, usually within a few hours. Stopping anti-democratic actions like Wednesday’s attack on the Capitol requires political engagement over time. Legal remedies like arrests and impeachment can help. So can political remedies, like political parties cutting off money to those who participate in anti-democratic actions, and party elites speaking out against it.

“Authoritarian leaders are desperately afraid of ridicule because so much of their power comes from social connectedness,” Dr. Singh said, and treating them as if they are respectable reinforces that power.

But, he said, treating Wednesday’s attack, and Mr. Trump’s support of it, with the “ridicule and umbrage it deserves” is a way to undermine any suggestion of legitimacy or authority.

Some senior Republican officials did that yesterday. For weeks after the election, Senator Mitch McConnell, the Republican from Kentucky who is majority leader, had remained silent about Mr. Trump’s spurious claims of electoral fraud. On Wednesday, he said on the Senate floor that overruling the voters would “damage our republic forever.”

Senator Mitt Romney, Republican of Utah and a former presidential candidate, was even more outspoken.

“We gather due to a selfish man’s injured pride,” he said when the chamber reconvened after the attack, “and the outrage of supporters who he has deliberately misinformed for the past two months and stirred to action this very morning. What happened here today was an insurrection incited by the president of the United States.”

But the response was far from uniform. In Congress, 147 Republican lawmakers, including eight senators, still voted against certifying the results of the election. One was Senator Josh Hawley of Missouri, who had been photographed earlier that day giving a closed-fisted salute to the crowd of Mr. Trump’s supporters, many of whom later participated in the attack on the Capitol.

Dr. de Bruin cautioned that coups and democratic backsliding are not mutually exclusive, and in fact could reinforce each other.

“Of course, coup attempts happen in the context of violent protest,” she said. “That makes them more likely.” 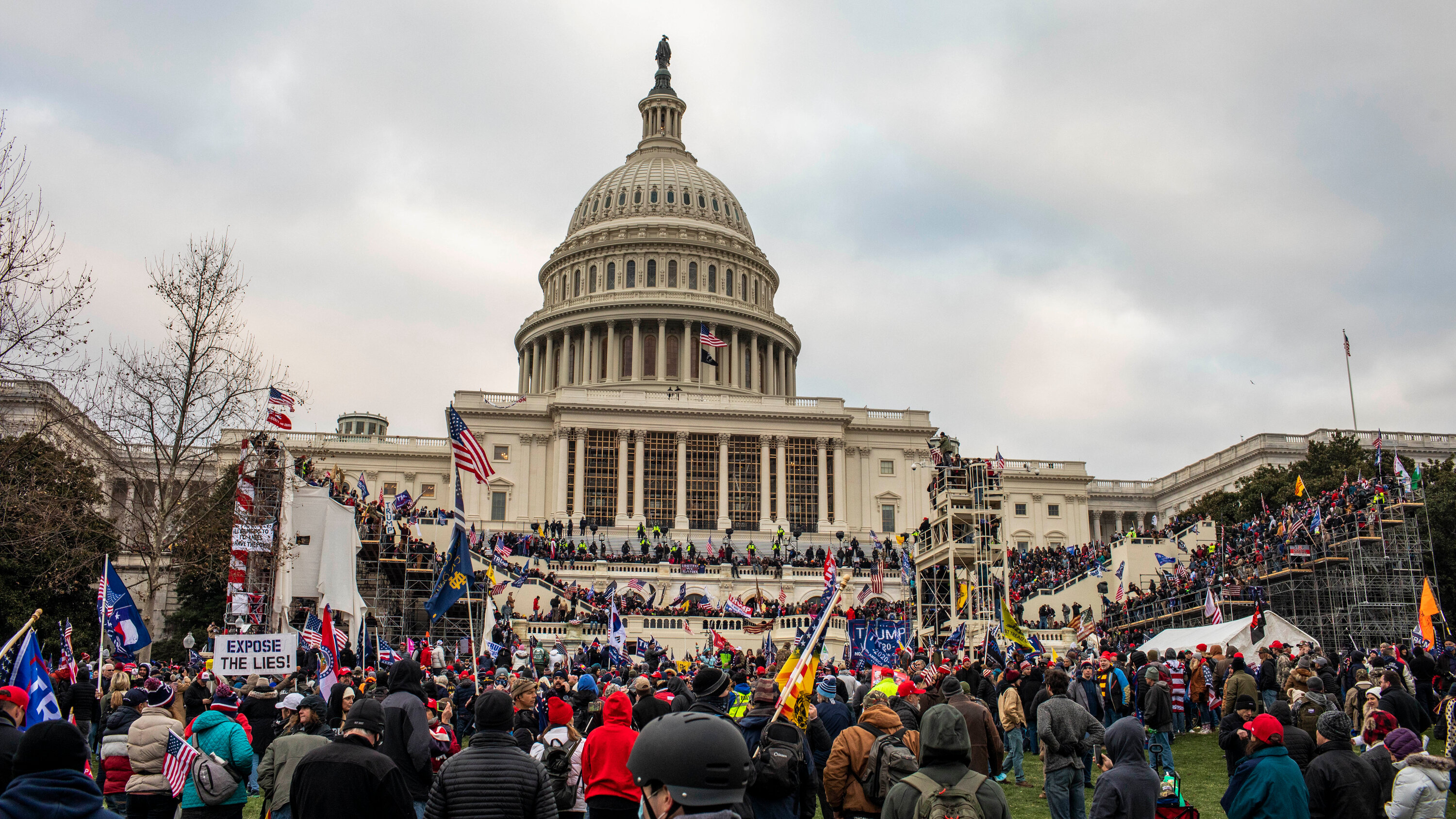