Home Sport Talk About a Tricky Assignment. He's Trying to Catch a Ball and...
Sport

Talk About a Tricky Assignment. He’s Trying to Catch a Ball and a Baby.

Cooper Jameson Kupp Jr. — nicknamed June, as in Junior, by his parents — did not know the significance behind the note his mother asked him to deliver last May. But the 2-year-old eagerly complied, bouncing over to his father.

Cooper Kupp, a sure-handed receiver for the Los Angeles Rams, scanned the piece of paper, then leapt past his surprised son to embrace his wife, Anna Kupp. The message: June would soon be a big brother.

June had been a blessing, arriving shortly after the couple decided to start a family. “This time, the second time around, it took a little longer,” Cooper said during a recent Zoom call. “This was something we were trying for and just hadn’t happened for us yet.”

Suddenly, the couple needed a game plan. Navigating a pregnancy is strenuous for any expectant parent. For professional athletes, unyielding schedules can intrude on family obligations under the best of conditions. In the N.F.L., rigid coronavirus protocols have forced players to make tough work-life decisions as they trudge through the pandemic season.

For the Kupps, the gift of a pregnancy has meant living in different cities and enduring the longest separation of their marriage at a time when they desperately wanted to be together.

And that was before a positive Covid-19 test came into their lives.

At the time Anna became pregnant, it wasn’t clear the N.F.L. would even play this season. But when spring turned into summer and a schedule was firmed up, the Kupps began to coordinate their plans with the league’s.

Anna is due in late January. The couple didn’t know if the pandemic would still be raging then, how Los Angeles hospitals would cope, or how Covid would affect a pregnant woman. They knew this much: They hoped Cooper would still be playing football. If so, it meant his Rams had made the playoffs.

The toughest and most pressing decision was whether to live together as the due date drew closer. If Anna’s labor came on suddenly, their families would not be able to quickly fly to Southern California because they’d first have to quarantine and test.

In November, the couple decided that Anna would fly to the home they recently purchased just outside Portland, Ore. She would settle into the house and get through the final stages of pregnancy with help from her two sisters, who live nearby.

The date Anna was set to leave, Dec. 16, was just another day at work for Cooper. As always, he woke up and said goodbye to his family before heading to the team’s facility.

One step at a time, Anna thought. She finished readying suitcases and the family dog, Elouise. June managed to splash in a giant mud puddle just before they left home, and Anna scrambled to find a bathroom once they arrived at the airport terminal.

Anna and June left sunny Southern California and arrived in the rain of the Pacific Northwest, a shift Anna appreciated “because I was sweating putting everything together,” she said.

After a day of practice, Cooper returned to a suddenly empty home. The day no longer felt normal. He would have liked to distract himself with more time at work, but team officials allow players inside the facilities only at designated times.

And there is only so much film one can watch at home.

“How much I would just give anything now to have an hour to hang out with my little boy, but I can’t,” Cooper said on the Zoom call from Thousand Oaks. Anna joined the call from Oregon.

“That’s how that really hit me, early on was just how incredible those moments are in person. You can’t get a whole lot done over FaceTime with a 2-year-old,” Cooper said.

They did not know how long they would be apart — three, five, seven weeks? — only that it would be their longest separation since they married in 2015, the summer between Cooper’s sophomore and junior season at Eastern Washington.

They met in high school at a track and field event. Anna was a serious heptathlete on another team. Cooper had joined his school’s team to spend time with his buddies.

June isn’t the only one who can miss the meaning behind a message. Cooper did not get the hint when Anna first approached him, but redeemed himself when he saw her at the next meet. Spotting her walking his way, he pretended to tie his shoes long enough to be within earshot. He asked for her phone number. “I was sure I was going to marry her then,” he said.

Several years and one toddler later, the Kupps did their best to get through the holidays apart. On Christmas morning, Anna FaceTimed with Cooper. He watched June spending time with his cousins, excitedly opening presents. Cooper sent Anna a present that she refuses to open until they are reunited.

“You want your son to have his dad, especially on a holiday like that, but we’ll celebrate together in a few weeks and it’ll be good,” Anna said.

Tears formed in her eyes during the Zoom call as she recalled that day.

“The hormones are getting Anna,” Cooper said.

The Kupps weren’t looking for affirmation for their decision to live apart. They got some anyway when Cooper received a positive Covid-19 test in late December.

“I guess there’s a little bit of a blessing in disguise that Anna and June aren’t here for this,” he said. “Having potentially brought this back to them if they were here would be a pretty scary thing.”

The result surprised Cooper, who has not had any symptoms and hadn’t interacted with anyone outside of his team’s practice facility.

“Both of us were wracking our brain like, ‘Where did this come from? How did this even come about?'” Anna said.

The Rams went into Week 17 needing a win, or some help, to clinch a playoff berth, but they would have to play without Cooper and their injured quarterback, Jared Goff. The Rams scrapped for an ugly victory over the Arizona Cardinals as Cooper watched from Southern California, continuously pacing instead of sitting, and Anna from the Pacific Northwest. Cooper has passed subsequent tests, and he returned to practice on Wednesday.

They have made it to January with Cooper available for Saturday’s first-round playoff matchup against the Seattle Seahawks and Anna set to deliver their second child at their new home.

Their 2021, however, is so far going according to schedule. 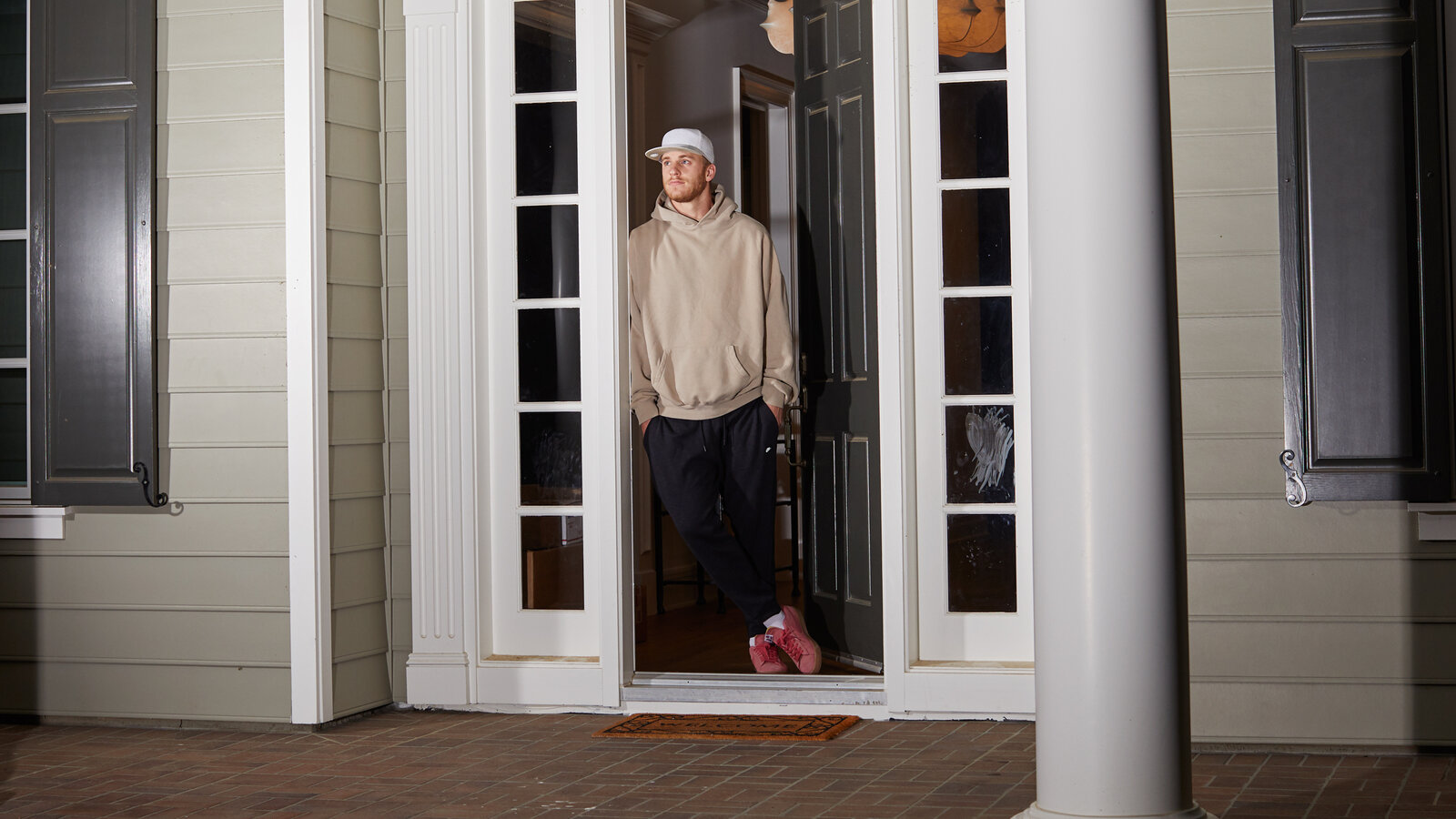