Home Sport Trainer Barred in New York and Other States for Giving Horse a...
Sport

The New York Racing Association on Saturday barred a prominent trainer from competitions on its circuit for changing the name of one of his horses to a racial slur and taunting a Black analyst for the horse racing network TVG.

The trainer, Eric Guillot, can no longer enter horses or have stalls on the nation’s premier circuit. Horses he trained have earned more than $13 million in purses and have won 259 races, including the Whitney, Test and Jim Dandy Stakes, all considered among New York’s most important races.

“Racism is completely unacceptable in all forms,” David O’Rourke, the association’s president and chief executive, said in a statement. “NYRA rejects Eric Guillot’s toxic words and divisive behavior in the strongest terms.

He added, “Our racing community is diverse, and we stand for inclusion.”

The Stronach Group, which owns racetracks in Maryland, Florida and California, also said Saturday that it would not allow horses trained by Guillot to race at its tracks.

On New Year’s Day, Guillot tweeted that he was giving a 3-year-old colt a “unique name in honor of a TVG analyst,” adding a Black fist emoji. When a follower asked the name, he responded, “GRAPE SODA,” which can be a racist term directed at African-Americans.

The following day, Guillot, tweeted again about the colt’s workout, characterizing it as smooth as a “menthol Kool” with a Black hand giving the thumbs-up symbol. The tweet was later deleted.

The colt was owned at the time by Cypress Creek Equine, which issued a statement to The Thoroughbred Daily News suggesting that Guillot was no longer employed there.

The horse was originally named Kirkstetter, but the name was changed to the offensive term on Dec. 29, records show.

Telephone calls to Guillot went unanswered. On Twitter, however, he said the name Grape Soda had been chosen for his love of the drink as a child. He also sent a tweet suggesting that he was stepping away from the sport, saying that his first day of retirement was “going awesome.”

Guillot’s remarks were widely believed to have been directed at Ken Rudulph, the only African-American analyst at TVG. On Friday, after the horse won his debut race at Aqueduct, horse enthusiasts lit up social media about Guillot and the slur.

On Twitter, Rudulph said he was the target of Guillot’s tweets and denounced racism in horse racing as a longstanding problem.

In July, for instance, amid the widespread tumult over the death of George Floyd in police custody, Tom VanMeter, a prominent Kentucky horse owner and sales consignor, posted a racist comment on Facebook directed at the N.F.L., whose players are predominantly Black.

“Y’all sent lots of angry tweets and DM’s my way,” Rudulph tweeted. “Received text messages from friends and colleagues. Many viewers attacked and questioned my perspective. I told you that horse racing has a TON of racists hiding in plain sight. Now … what are you gonna do about it? Let’s go.”

And what of the horse?

After winning on Friday, the colt was bought for $25,000 by Lawrence Roman. He said that he had had no idea the name was a slur until the Jockey Club contacted him on Saturday morning and asked him to change it.

He not only did so but chose to rename him Respect for All, while pledging 10 percent of the colt’s purse earnings to a fund to help New York’s backstretch workers.

“I wanted to make a positive out of a negative situation,” Roman said. “This is a great sport that I have really enjoyed, and the people on the backstretch are from all over and they love and take care of these athletes. We don’t want racism in this sport.” 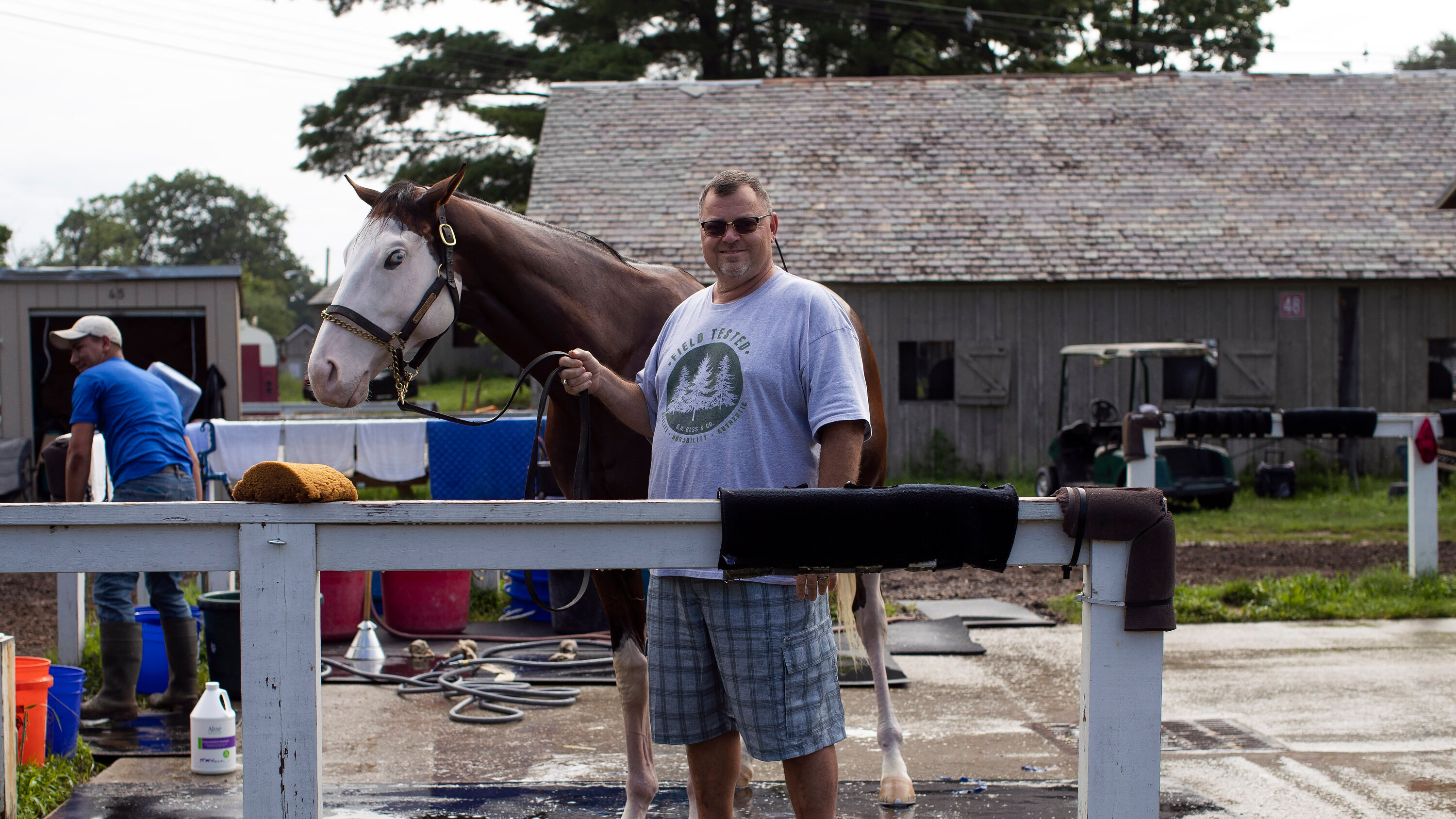 The + That’s Taking Over Streaming Platforms